What is IVF? A Closer Look at In Vitro Fertilization

What is IVF? A fertility doctor with experience in metro Detroit answers questions about in vitro fertilization, how much it costs and more. 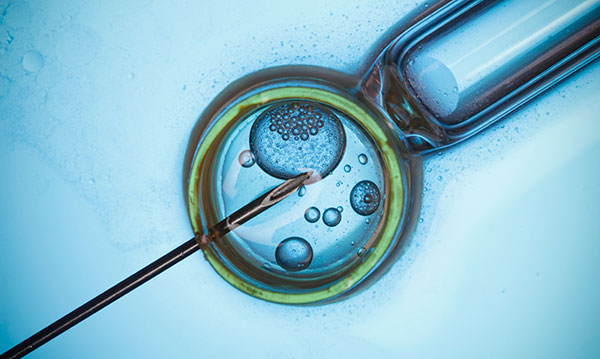 Facing infertility can be an emotionally draining process for couples that are trying to conceive.

And it happens a lot more often than you might think.

In fact, 12 percent of women in America have an impaired ability to get pregnant and more than 7.3 million have used infertility services at some point, according to the Centers for Disease Control and Prevention.

Fortunately, fertility treatments such as in vitro fertilization can provide a path to building a family for couples who may have believed it was impossible. What is IVF, exactly?

While it’s one of the most common fertility treatments, it’s also commonly misunderstood. Metro Parent talked to Dr. Manny Singh, a reproductive endocrinologist who worked with Michigan Reproductive Medicine in Bloomfield Hills prior to relocating to New York.

Here, he provides insight on the “what is IVF” question – and on what hopeful parents-to-be should know about it.

IVF stands for in vitro fertilization. The IVF process involves several steps, usually starting with injectable medications taken by the woman to stimulate her ovaries to produce follicles and eggs.

When the follicles are mature, an egg retrieval procedure is performed under anesthesia. The eggs are fertilized using the partner’s sperm sample and the resulting embryos are then incubated in a lab.

“Fertilization occurs outside the body in a very highly sophisticated lab where they are watching the embryos very carefully,” Singh says. “They are incubated. They’re put in very strict conditions. The temperature has to be right.”

The best embryo – or sometimes more than one, depending on the age of the woman and her specific situation – is transferred into the woman’s uterus with an ultrasound-guided catheter.

“If you have a 25-year-old who is not getting pregnant and it’s her first IVF cycle, you will take the very best embryo and place one inside her because you don’t want her to have twins. The rest that you get you will freeze for future use,” Singh says.

“If you take the scenario of a third or fourth cycle of IVF for a woman who is 38 – in those patients, let’s say she makes two good embryos. It would be very reasonable for a 38-year-old to get a double embryo transfer and just hope for the best.”

The woman will then rest for about 20 minutes at the office before heading home, Singh says.

“We just tell them to just take it easy as much as possible. They don’t have to be bedridden,” he says, pointing out that there’s no science to support a need to limit activities but that many women feel less anxious if they do.

If the IVF was successful, women should see a positive pregnancy test within about eight or nine days of the transfer.

Who is a candidate for IVF?

Most couples who consider IVF have already tried other less involved fertility treatments, such as intrauterine insemination, or IUI.

“The typical patient is a patient who has unexplained infertility where they’ve done some IUIs already, it hasn’t worked and they’re ready to move toward IVF,” Singh says.

Other reasons for turning to IVF include issues with the fallopian tubes, women with polycystic ovary syndrome (PCOS) or men with a low sperm count who can consider intracytoplasmic sperm injection (ICSI) as part of the IVF process.

“For women under age 35, a lot of the good places are approaching a 50 to 60 percent success rate in terms of a positive pregnancy test,” he says, adding that some of those patients will unfortunately miscarry. “It’s better than it was 20 years ago, when you had a 10 percent (success rate). We’ve come a long way since that.”

Another consideration is the time involved in the IVF process. Though a couple could feasibly go through up to six IVF cycles in one year, many couples will take a longer break between cycles or look into other options for growing their family after several IVF attempts.

“After the IVF cycle is done, you take a break for a month try again. That’s still a lot for patients,” Singh says. “Typically most patients are going to stop at three or four (IVF cycles).”

The cost of in vitro fertilization prevents many couples from considering it. Without any assistance from a health insurance plan, the IVF cost for a single cycle can be around $12,000 to $15,000, according to YourFertilityFriend and Singh.

Older women may require a higher dose of fertility medications, which can put the IVF cost at the higher end of that range.

“The medication used for IVF is very expensive,” Singh says. “It’s not unheard of that patients who are older are going to need higher dose medication.”

The cost of IVF means many couples can only afford to attempt one cycle.

“Unfortunately, we only have one opportunity to help them.”

But patients should know that success rates are likely to improve with additional cycles, Singh says.

“They have to make a financial decision, unfortunately. But the research shows that when you track these patients that if they are persistent, they ultimately do get pregnant,” he says. “Many of them do get pregnant.”

Lace up your skates and enjoy an evening of old-school fun with your family at one near you.
Read more
At Home

Try one — or all — of these easy breakfast ideas for kids when the school year begins.
Read more
Sponsored Content