Seven super and unique baby names to show your home state pride for the mitten state. 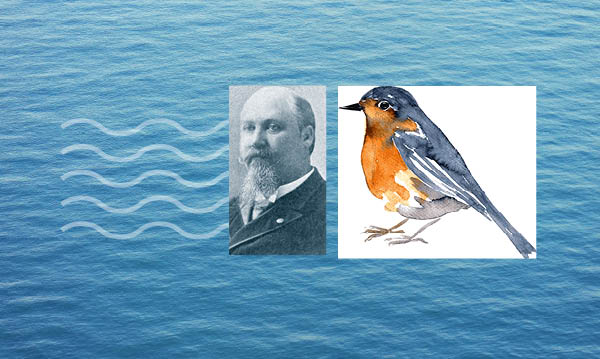 When choosing what to call your little bundle, you could go the route of many expectant parents: choosing the name of a beloved literary character, paying tribute to your dear-departed Aunt Alice (or other relative) or picking a classic from the good book (Elijah has a nice ring to it). But then again, you’re a Michigander. So instead, you could show your local pride with some of these Michigan baby names.

Is your idea of the perfect weekend cruising in your powerboat on Lake St. Clair? Did you spend your childhood running along the shore of Metro Beach? Or maybe you want to pay tribute to your wild party days flashing passerby at Jobbie Nooner. Whatever your reason, this classic could fit the bill.

I confess I named my cat after the former Michigan governor and Detroit mayor whose progressive brand of politics earned him a statue made of coins donated from his beloved citizens. And while a cat is not a kid, this name’s still got a cool vibe for parents who aren’t afraid of something a bit unique.

Our associate editor Jessica Schrader knows of someone who named their daughter Maizelyn in tribute to one of U-M’s school colors. That’s a creative choice for true “blue” fans of the Ann Arbor school, but we humbly suggest Blue. Heck, if you got twins, name one Blue (it’s good enough for Beyoncé and Jay Z) and one Maizelyn.

OK, Michigan State fans. This pick is extra prime because it serves double duty. Mac is an acronym for MSU’s original name, Michigan Agricultural College; it also could be a tip of the hat to one of our favorite summer vacation spots, good ol’ Mackinac Island. Not “green” enough for you? Consider Fern, Olive or Hunter.

If you remember your grade school social studies class, you probably can name Michigan’s state flower (apple blossom) and its state bird (robin). And while I think Apple is a dumb name for a kid (sorry not sorry, Gwyneth Paltrow), Robin is a classic.

Michigan native Elmore Leonard is considered one of the best crime writers of our time. His sharp and colorful characters and loopy plotlines have resulted in numerous screen adaptations (i.e. Get Shorty and Justified) – and his nickname, “Dutch,” might be perfect.

Gordie seems like a good kid – the kind who’d help a lady with her groceries, but still get along with the fellows at school. Gordon? Well, that’s got a nerdier (not in a good way) feel. Plus, it doesn’t have the instant association with Motown great Berry Gordy or hockey legend Gordie Howe, which makes it twice as nice.