The Hottest 2019 Baby Name Trends According to BabyCenter

What was popular and just plain weird in 2019? Discover the latest baby name trends – and get some inspiration. 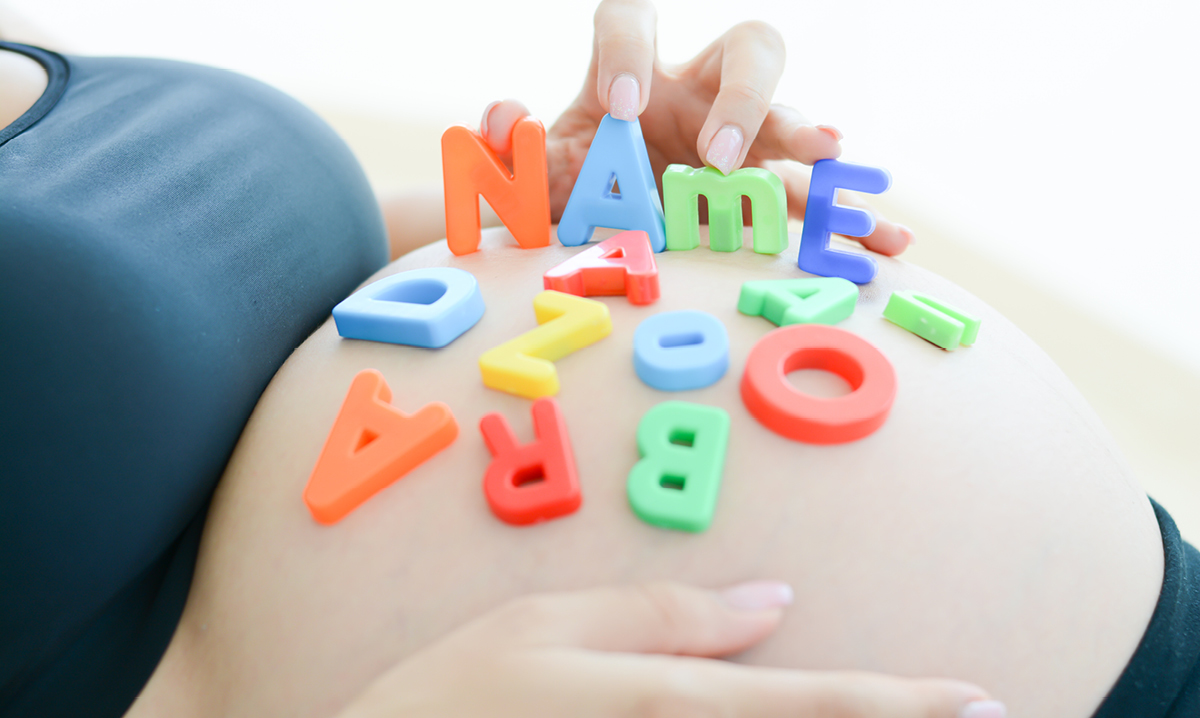 In the past, when parents wanted to pick a name for their unborn child, they searched through baby name books. Although those still exist, they’re hardly what sparks the top baby name trends these days.

Instead, many soon-to-be parents choose names for their babies based on what their favorite celebrities are naming their kids, their favorite TV and video game characters and even foods they enjoy.

To that end, BabyCenter has released its Top 100 Names of 2019. In the traditional realm, Sophia still reigns as the top girl name. Jackson has been bumped into the number two slot for boys name, having been surpassed by Liam.

“Sophia is the dominant girls’ name of the decade, with no signs of slowing down,” says Linda Murray, BabyCenter’s senior vice president of consumer experience and global editor in chief, in a press release. “It has worldwide appeal, it’s pronounceable in multiple languages and it’s feminine and sophisticated all at once.”

As far as the more unique baby name trends for 2019? Let’s have a look at what BabyCenter had to say.

Many parents are naming their girls something more “spiritual” – like Peace, Hope, Harmony and Rainbow, but Arabic names took off in 2019 with Muhammad and Aaliyah knocking Mason and Layla off the top 10 list.

Muhammad has historically been one of the most popular baby names in the world and has steadily climbed the list in recent years as tradition (yes, including names) is important to many Muslim families.

Keanu Reeves was the “it” guy in 2019, having cameos in everything from The SpongeBob Movie: Sponge on the Run, along with the main role in John Wick 3.

His name, Keanu, along with many of his alter-egos in these flicks including Duke from Toy Story 4, saw an uptick in popularity, as did the names of the co-stars that played along with him.

Names from people who appeared on The Bachelor are also increasing in popularity, as well as the names of the kids of former stars. Among these names are Brooks, Ruth, Hayes, Zander and Alessi.

The release of the ninth installment of Star Wars in 2019 and the release of The Mandalorian on Disney+ continued the upward trend in babies named after the franchises’ characters.

Among the names gaining traction are Kiera and Kira, Cassian, Rex, Hera and Ezra. Character names like Luke and Anakin have been falling in recent years while the Leia jumped 30%.

It’s safe to say that the ’90s are back. Fashion has returned in the form of a “VSCO girl” and names are making a comeback as well.

The name Brittany is up 33% in 2019. Others that are up include Nicole, Amber, Amanda, Lauren, Jessica, Rachel, Stephanie, Jonathan, Christopher, Nicholas and Austin.

Parents in 2019 are doing away with the long names that require shortening and are instead granting their children the shorten version.

BabyCenter reports that Cassie (short for Cassandra) is up 43% and Toni (short for Anthony or Antonia) is up 36%. Other popular nicknames as first names include Nell (short for Eleanor), Winnie, Eliza, Gwen, Izzy, Leo, Theo and Frankie.

What do you think of the latest baby name trends? Are there any you love? Any you’d rather leave? How’d you pick your child or children’s names? Let us know in the comments!