What are the Benefits of Delayed Umbilical Cord Clamping? 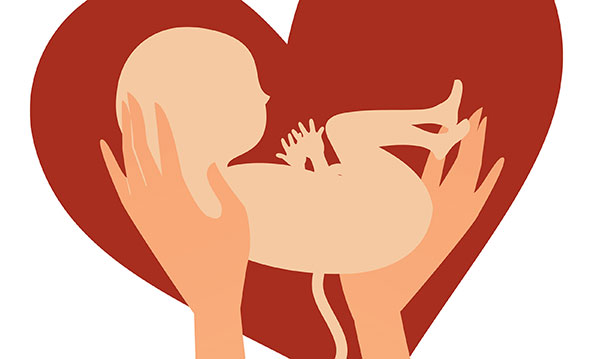 When expecting her first child two and a half years ago, Nikki Parnell of Chesterfield researched birth plans. She came across an article highlighting the benefits of delayed umbilical cord clamping and became intrigued.

She mentioned it to her obstetrician, who said as long as everything went well for mom and baby during labor and delivery, she was on board. When Parnell’s daughter was born, her doctor laid the baby on mom’s chest and left the cord intact.

“After about three minutes or so, my doctor showed me the cord had stopped pulsating,” Parnell recalls. “It had started to lose color.”

It was then that Parnell’s doctor clamped and cut the cord.

Delayed cord clamping is a fast growing trend fueled in part by research citing the benefits. A recent study in JAMA Pediatrics revealed that babies whose cords were cut more than three minutes after delivery had slightly higher social and fine motor skills at age four than babies whose cords had been clamped less than 10 seconds after birth.

“The traditional model has been that as soon as the baby is out, clamp the cord quickly with the goal to whisk the baby away for examination,” says Joanne Bailey, C.N.M., the director of Nurse Midwifery Services at the University of Michigan’s Von Voigtlander Women’s Hospital. “This makes complete sense if the baby needs to be resuscitated.”

If, however, baby and mom are doing well, Bailey contends there is no urgency to cut the cord.

“There is lots of data indicating that skin-to-skin contact for the first hour is optimal,” Bailey notes. “In our practice, we delay cord clamping with almost all the babies who don’t require resuscitation. We don’t clamp the cord for at least a minute or more.”

This extra time allows more blood to circulate from the placenta to the baby sometimes increasing the infant’s blood volume by a third. This results in higher hemoglobin concentrations and iron stores for the infant.

Delayed cord clamping has long been shown to be especially beneficial to preterm babies for this very reason, notes Dr. Paul Hakim, an OB-GYN with Novi-based Metro Partners in Women’s Health.

“We typically wait five to 10 minutes to clamp and cut the cord of preterm infants,” he says.

The World Health Organization recommends delayed cord clamping no earlier than one minute after birth.

“Typically, when the cord stops pulsating, that’s when we clamp,” says Dr. Karoline Puder, chief of Obstetrics at DMC Hutzel Women’s Hospital. “Typically that takes two to three minutes. If you look at when other placental animals deliver, the baby delivers, lies next to mom, the cord is exposed to air and the cord clamps down. The cord is severed from the placenta.”

Babies delivered by cesarean section may also be able to benefit from delayed cord clamping.

“It’s a possibility,” Dr. Hakim says. “But with a C-section, there’s a large incision into the bikini line of the mother. It often involves lots of bleeding. My priority, truthfully, is to get the bleeding under control and to get the uterus closed. Ultimately, the OB or midwife has to decide whether this is a situation where delayed cord clamping is possible or where other factors take precedence.”