What Are the Pros and Cons of Home Birth?

Local experts share what expectant parents should know if considering homebirth in metro Detroit. Here are some advantages and disadvantages of home birth. 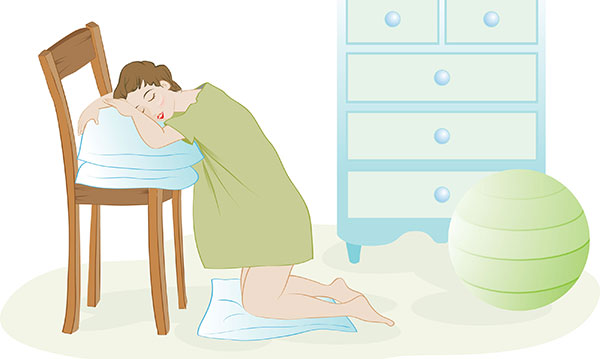 When it comes to giving birth, is there no place like home?

While delivering in a hospital is the most common choice, many expectant mothers envision a warmer and more natural environment to welcome their baby into the world.

Natural birth options in hospital settings are increasing, including Beaumont Health System’s Karmanos Center for Natural Birth in Royal Oak and Providence Hospital’s Alternative Birth Care Unit in Southfield, but some moms-to-be feel home might be the best choice of all.

Deciding whether to pursue a planned home birth can be difficult, though, and many factors are involved. Here’s what two local midwives had to say about the pros and cons of home birth.

Linda Honey, a veteran direct-entry midwife in metro Detroit who has attended more than 2,100 home births, says benefits of birthing at home include a more comfortable environment, no risk of exposure to viruses or bacteria that might be found in a hospital and more control over the experience.

“The women I attend want a home birth because they don’t want to be induced, but want their baby to come on their own,” says Honey, a founding member of the Michigan Midwives Association.

Expectant moms may also want to avoid other common interventions and medications, they may have had previous negative hospital experiences or they might have concerns about being separated from their baby in a hospital birth.

“I have a hands-off approach, so I don’t do vaginal exams nor do I handle the baby,” she says. “Of course in a birth where some variation to normal comes up, I do what is necessary.”

Another potential benefit to home birth, Honey says, is that most midwives charge around what a woman’s deductible would be through her health insurance. Medicaid doesn’t pay for home birth but many midwives will charge a reduced rate, she says.

Honey says hospitals tend to “manage and manipulate the birth so that they are all the same.”

“Every birth is unique and every situation is different. You could have 10 children and each birth will be different,” she says. “I like to let nature take its course.”

Though needing to transfer to a hospital is uncommon, Honey points out that about five percent of the women she works with do require transfer and about three percent end up needing a cesarean section. She works only with low-risk pregnancies and says anyone with diabetes or hypertension wouldn’t be a candidate for a home birth.

Women considering a home birth should make a list of questions and interview multiple midwives to find the right fit, Honey recommends.

“Home birth is not for everyone,” she says. “Only low-risk moms who have their partner’s support.”

Certified-nurse midwife Cathy Collins-Fulea, the head of midwifery at Henry Ford Health System and vice president of the American College of Nurse-Midwives, says women considering a home birth should understand the risks involved.

“The American College of Nurse-Midwives strongly supports the right of any woman to choose to give birth at home or whatever setting she wants, but that should be an informed choice,” she says. “You have to be low-risk to consider home birth and there has to be an ongoing risk assessment throughout the pregnancy, throughout the labor and throughout the delivery because things can change.”

Conditions that make home birth more risky include a post-date pregnancy (more than 42 weeks), a previous C-section, babies who are presenting in the breech (bottom-first) position, pregnancies with multiples, and medical problems like high blood pressure and diabetes, Collins-Fulea says. But life-threatening complications can occur even in low-risk births.

“Women need to know that you can be completely low-risk and unforeseen things can happen,” she says. “That’s part of the informed consent. The woman has the right to make that decision.”

Collins-Fulea says some argue that a home birth can be even safer than a hospital birth among low-risk women.

“There have been some population studies in Netherlands and Canada and England showing no difference in perinatal outcomes between planned home birth and hospital birth for low-risk women, but they have integrated healthcare systems where there’s a smooth transition from home and the hospital,” she says.

In England, for example, there are also strict guidelines to determine who can and cannot deliver in a home setting.

“We don’t have that in this country,” Collins-Fulea says. “That makes a huge difference.”

Another important factor is understanding the different types of midwives, she says. Certified-nurse midwives – or CNMs – are registered nurses who go on to receive a master’s degree and are credentialed to deliver anywhere, though most work in hospitals or birth centers.

Most local home birth midwives are certified professional midwives (CPMs) but Collins-Fulea points out that Michigan doesn’t offer licensure for CPMs – a fact she’d like to see change.

“That adds an extra protection for the public to know that there is some oversight by a licensing body and there is some accountability to a licensing body,” she says. “Right now if there’s a poor outcome with a CPM in Michigan, there is no recourse for the parents other than a civil lawsuit. If there’s a poor outcome with me, someone can report me to the board of nursing who’s going to investigate me.”

An issue of control, respect

“It seems there are plenty of midwives in the area and we are keeping very busy,” Honey says. “I believe this is because women want to be in control of their birth, their bodies and their babies.”

If you decide to have a home birth, Collins-Fulea suggests working with a midwife who is already connected to a local hospital or even seeing a CNM or obstetrician for one or two visits to establish a relationship in case you ultimately need to transfer your care.

“Then they have this contact already with someone that they trust at a hospital should anything go wrong,” she says.

Since many women consider home birth due to a previous negative experience, Collins-Fulea believes more respectful treatment of patients overall would go a long way in addressing the concerns some women have.

“A lot of it comes down to treating women with respect,” she says. “That’s what we really try hard to do at the Henry Ford Health System and our physician colleagues are very supportive of us in really trying to make this birth a memorable experience, to include the woman in the decisions and to make rational decisions based on evidence and research and not just a rule in a hospital because we have a rule.”

Many women are seeking more control of their birth and it’s why hospitals like Henry Ford have made positive changes to give women more control.

Wondering if working with a midwife is right for you? Expecting moms can consider the differences between midwives and doctors when making a decision.