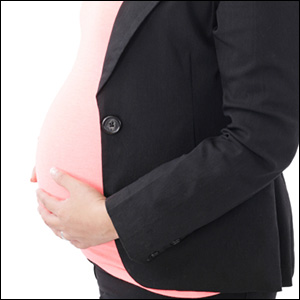 If you are a career-driven woman, holding off on starting a family may seem like your best option. Or maybe having kids later in life is the only option.

Since the 1970s, women in their mid-to-late 30s have shown a growing trend in pregnancy rates. So much so that a recent study from Centers for Disease Control and Prevention reported that as of 2000, 46 states – including Michigan – have shown a rise in first-time mothers ages 35-39. Likewise, more than half of the U.S. has shown an increase in birth rates for women ages 40-44.

"We are definitely seeing this change," says Dr. Mark Werner, an ob-gyn affiliated with Beaumont Health System in Royal Oak. "Women are working equally as much as men now, and their careers are taking precedence over starting a family."

He notes that there are just as many risks as benefits when choosing to have a child later in life.

"A 20-year-old may be able to endure the stress and pain of child-bearing more than an older woman," Werner says, "but there's always the question of if she is physically, emotionally and financially stable enough to raise a child on her own."

As an older woman is more established and secure in life, she also has potential for a higher income and more support for the child. However, these women may encounter the higher risk for a difficult pregnancy and birth defects.

According to a Time magazine interview, women over 40 face the risks of having children with a genetic disorder because females are born with a limited supply of eggs, and those age as do other parts of the body. And during the dividing process, the chromosomes may become more displaced in older eggs and lead to further problems.

It also can be more difficult to conceive in your late 30s vs. your early 30s, according to BabyCenter LLC, which notes, "Every study you read or expert you consult will agree: 35 is the age of reckoning for women when it comes to having children." The chances of miscarriages also can rise, it adds – not to mention twins or multiple-birth pregnancies.

What is one way to help avoid risks? Women have the opportunity to freeze their eggs and use a form of ART (assisted reproductive technology), Time notes, like in vitro fertilization, when they are ready to have children later.

"I typically recommend this to women over 40 because their risk of not getting pregnant is much higher," Werner agrees. "It's a growing option, but not a common one."

Self-care also becomes even more critical, including "proper nutrition and diet, good prenatal care and preparation both emotionally and financially," notes the University of Maryland Medical Center. It also suggests women consider meeting with a genetic counselor to see whether tests for disorders are advisable. Getting "existing medical conditions" stabilized and taking prenatal vitamins is also wise.

But it seems the trend is sticking. Just as the rates of women giving birth to their first child between ages 35 and 44 has steadily increased by up to 35 percent in the last decade, the CDC notes, the first birth rates of women under age 30 – more specifically 20 – has decreased.

Today, ART, which has doubled its use over the last 10 years, conceives 1 percent of all babies born in the U.S. each year, notes Time.

If these statistics continue to incline in the next decade, ART might become a more popular choice for older women as they start to approach the idea of having kids.

"Although it's not a common practice right now, the technology is there to do it," Werner emphasizes. "That may be what the future holds for many, so we have already started doing it now."