Importance of Baby Talk, Getting Dads to Engage Kids

Dads don't communicate with their infants as much as moms do, a new study says. Experts from Rainbow Child Care Center provide tips for getting dads to talk to baby. 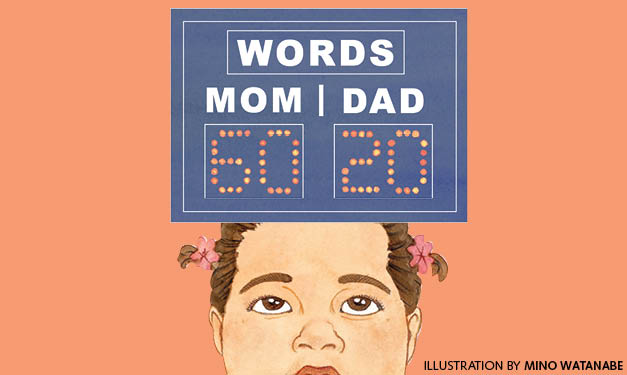 Baby talk has big benefits. Studies have shown that intelligence and academic success are related to parents’ chitchat with their children from birth to age 3. Southeast Michigan child-care experts definitely hear that message.

“While we know that the development of a young child’s brain takes years to complete,” says Lisa Partlow, education director for Rainbow Child Care Center in Troy, “we also know there are many things parents and caregivers can do to help children get off to a good start and establish healthy patterns for lifelong learning.”

Simply speaking to your baby is a great place to start. However, a new study in Pediatrics says dads are less likely to engage in this sort of chatter than moms.

In fact, when their babies are ages birth to 7 months, mothers provide the “majority of language input,” researchers found – and infants actually prefer her voice, based on their responses.

“Fathers don’t always feel as comfortable with little ones,” Partlow says. This could be a factor. But dads aren’t doing their newborns any favors.

“The initial stages are really critical for both parents to play an active role in that,” adds Gena Sayej, operations director at Rainbow Child Care.

So what’s the deal – and how can dads get more involved in the conversation?

To evaluate tykes’ “language environment” in those early months, researchers looked at factors like adult word count, infant vocalizations and conversational exchanges between parents and babies.

The study tracked 33 healthy infants born at Women & Infants Hospital in Providence, Rhode Island. Each wore a “digital language processor” recording device for 16 total hours to gather the data. Recordings took place in the hospital, at home at 44 weeks, and then again at 7 months old. Both parents were home at the time – yet the study found that “language interactions between female caregivers and their infants surpass those of male caregivers.”

Not only did moms talk more, but they also responded to the infants’ vocal cues – and infants showed “preferential vocal response to their mothers.”

Sayej is no stranger to baby talk. Both she and her husband spoke to their children early on and, as a result, their kids’ speech developed quickly, she says.

While baby talk is the norm for Sayej’s family, it isn’t always as easy to get dad to have these small convos. For starters, he may think it’s not worth the effort because the child doesn’t understand. Her advice? Talk anyway.

Sayej suggests “establishing some dialogue questions, maybe even focusing in on reading with infants from the time that mom is pregnant through birth.”

Get even more information on how to talk to babies – and how to get dad involved.

Or tell dad to talk to the little one about his hobbies – cars, games, whatever he’s into. Use appropriate topics, of course!

How you talk to the baby is important too. High-pitch tones stimulate cognitive development, Partlow says, which could be one reason fathers don’t engage as much. Dad might feel silly speaking in an animated voice, but it’s incredibly beneficial to the baby. It’s referred to as “parentese,” which is a singsong speech combined with exaggerated facial expressions to help engage with the child.

Introduce them to new words, too, depending on their age. No need to talk down to your child, Partlow says.

For dads who work outside of the home, incorporate baby talk into your daily routine.

“For parents, you kind of have to schedule it,” Partlow says. Life gets busy, but taking time to talk to and engage with your baby will definitely benefit her in the long run.