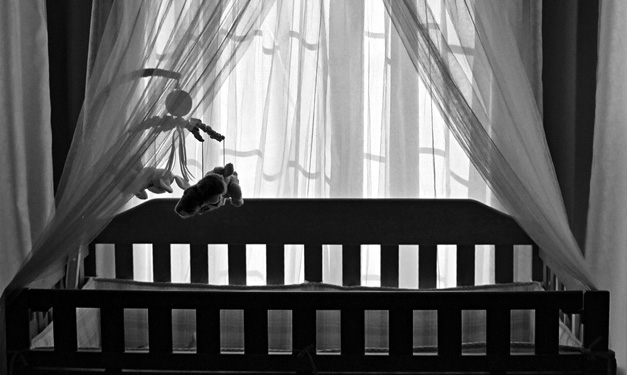 The Sew Up the Safety Net for Women & Children – also called the SUSN program – is taking a community-first approach to help at-risk moms get the resources and support they need to help their babies survive their first year.

Community activists, medical leaders and social services providers came together Oct. 19, 2011 to discuss a new program getting underway to curb the infant mortality rates in Detroit, which has more than double the national average of baby deaths.

What will the program do?

As part of the program, trained community health workers will go into Detroit neighborhoods and connect with local women to make sure they're receiving proper prenatal care, put them in touch with job training and literacy resources and prepare them for raising a child.

Community health workers, who are local women from the neighborhoods in which they serve, can reach patients in a way that traditional medical personnel cannot.

"They can go into the home, they know the community, they speak the language (and) they know the culture," says Gloria Palmisano of REACH Detroit, which has been using a similar approach for years.

The bond of trust that forms between the neighborhood women and their community mentors is invaluable, she says.

A closer look at Detroit's problem

According to other stats from the MDCH, the risk of infant mortality is higher if the baby has a low birth weight or was exposed to the effects of smoking – and if the mother is younger than 20 or older than 40, unmarried or didn't not receive adequate prenatal care

The problem of infant mortality, however, is also rooted in small things.

"Sometimes you weigh between what is taking care of your baby: Is it getting home at the right hour or is it going to get that extra can of milk?" he says.

Other factors that can impact infant mortality are unemployment, a lack of education, women being socially isolated, poverty, a lack of gender equity in pay and the social perception of women, says Dr. Talat Danish of the Wayne County Health Department.

"Health is really not just about getting access to care. It's not just about healthcare delivery – going to the doctor and seeing the doctor. Rather, it's about creating conditions that will allow people to live healthy lives," she says.

"So unless we address the social milieu in which people live, we really cannot expect good health outcomes."

The racial disparity in terms of infant mortality rates is marked: In Detroit, whites experience 4.3 infant deaths per 1,000 live births, while for blacks, that number is 16.6 deaths, according to the Michigan Department of Community Health.

"Race underlies all of these social determinants of health," Danish says. Without targeting and eliminating the effects of racism felt by women of color, in addition to poorer economic situations and poorer educational opportunities, Danish says, the infant mortality rates will not change.

Starting at the beginning

"If we don't shore up those children, there will be no one left for Social Security," Friday says.

The project has received a $300,000 grant from the Robert Wood Johnson Foundation and is partnering with The Kresge Foundation, the Detroit Medical Center, Henry Ford Health System and Oakwood Healthcare System, among others.

Parents of children with special needs in metro Detroit and Ann Arbor can plan ahead for fun activities that are tailored to meet their needs.
Read more
Advice