Is your child ready to say 'goodbye' to diapers? A local pediatrician gives parents information on how to know and what to do when your child is ready. 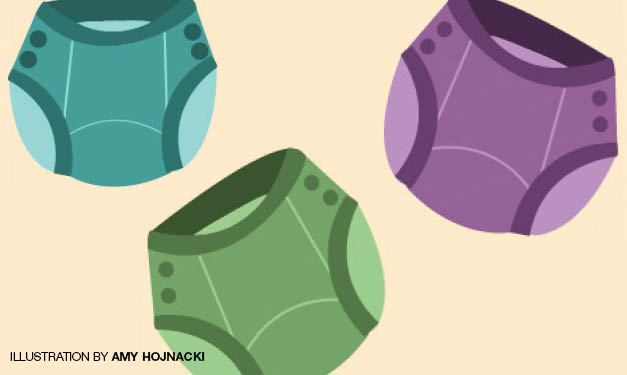 Are you ready for your little one to say goodbye to diapers, don some training pants and then move on to big boy underwear? If your child is showing interest in the potty, this could be the right time.

“If they’re wet and they don’t like being wet, if they can help dressing and undressing themselves,” then your child just might be ready to start potty training, says Dr. Stacy Leatherwood of Henry Ford Pediatrics at New Center One in Detroit.

While every kid is different, children typically start showing interest in using the toilet around 18 to 24 months old. If you’ve got a son, don’t be surprised if this takes a bit longer. Some little guys can take until 30 months old to show interest in toilet training.

Get information on what’s healthy when it comes to your kid’s bowel movements.

If your child is around this age, and he asks to use the potty on his own or he is able to follow directions well, he may be at the perfect stage to start potty training, Leatherwood says.

Switching your child from diapers to training pants is a good first step since it gives children – and you – the ability to pull down their pants quickly to use the toilet. Unlike diapers, training pants don’t totally protect children from feeling that they’ve soiled themselves – and that’s the point. By allowing children to feel some of the wetness it helps encourage them to not go to the bathroom in their pants.

Also, Leatherwood says, “It’s important for kids to see parents and siblings actually use the bathroom.”

Little ones have to wrap their heads around the concept of using the toilet – pulling down their pants, sitting down and going to the bathroom, wiping and washing their hands – so actually seeing the action unfold will be helpful.

Next, catch your kid at “prime time” – which, Leatherwoods says, is first thing in the morning or shortly after dinner. Give him the chance to try to use the toilet. Leatherwood notes that little boys will first learn to use the potty sitting down and then graduate to standing. For girls, she stresses the importance of teaching them how to properly wipe – from front to back.

The final step is to take them to the toilet every two to three hours, “allowing them to try, so you can capture success and reinforce that success with praise,” she says.

Make it a habit

Keep these steps consistent. If your child is in daycare or has a babysitter, inform their caregivers of your child’s bathroom schedule and encourage them to keep it the same.

Consistency is just as important as patience. Keep calm and use positive reinforcement with your child. In a short time, he should be out of diapers and training pants and into big kid underwear.

“Most kids complete their toilet training around two to three months,” Leatherwood says.