Should You Bank Your Baby's Cord Blood? 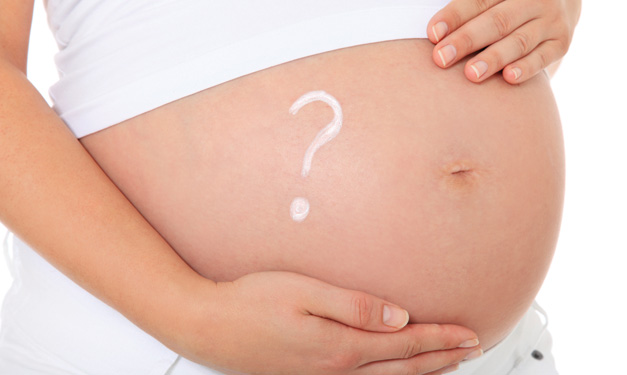 Tami Byrd of Warren was five months pregnant with her third son when she got the news every parent most fears. Her 4-year-old son Blase was diagnosed with a rare and aggressive form of lymphoblastic leukemia. The high-risk, three-year chemotherapy treatment he received gave him only a 20 to 30 percent chance of five-year survival. A bone marrow transplant was his best hope, but neither Tami, her husband, nor Blase’s younger brother was a match. It was then that Tami’s physicians recommended she plan to bank her baby’s cord blood upon his birth.

A few weeks after baby Brayden was born, his parents received the best news they could ask for – his cord blood stem cells were a perfect match for Blase, and a successful bone marrow transplant followed. Tami’s eldest son is now active and cancer-free thanks to the stem cells his baby brother’s cord blood provided.

Cord blood is the blood remaining in a baby’s umbilical cord after birth. This blood contains a rich concentration of stem cells, which have the potential to differentiate themselves into a number of different cell types. According to ViaCord, one of the largest private cord blood banks, cord blood stem cells can be used in the treatment of 80 life threatening diseases including a range of cancers, genetic diseases, immune system deficiencies and blood disorders.

“Ultimately, there are three options when it comes to cord blood,” says Brian Mason, M.D., Maternal/Fetal Specialist at St. John Hospital and Medical Center in Detroit. “Bank it privately. Bank it publicly or throw it away. Unfortunately, the latter option is the one most commonly pursued.”

Expectant parents can choose to privately bank their baby’s cord blood with one of more than a dozen companies that facilitate retrieval, processing and storage of cord blood for potential use by the child, his or her siblings or other family members down the road. A costly option to pursue (initial retrieval of cord blood runs in the neighborhood of $2,000, and annual storage fees are more than $100), private cord blood banking means the family has control over the unit and can use it for their own personal needs at any time, explains Mason.

Those who opt not to privately bank their baby’s cord blood may want to consider donating to a public cord blood bank. This is free to the donor family and could prove to save the life of a stranger, as it will be added to an international registry where it can be tapped for transplants happening anywhere in the world. Hospitals across the United States, including 21 in Michigan, can facilitate public cord blood donation, according to the National Marrow Donor Program.

The process for extracting cord blood is simple regardless of whether it is being banked privately or publicly. “A maternal blood sample will be drawn either before or after delivery,” Dr. Mason explains. “This will be used to test for any infections or disease that could be transmitted. After delivery – vaginal or C-section – the cord will be clamped, cut and cleaned safely away from the baby and the mother. The delivering physician will use a needle to draw the blood from a vein in the cord and potentially any superficial veins in the placenta.”

After the cord blood has been collected, it is packaged and shipped to the private or public cord blood bank. If parents are privately banking cord blood, they will need to have contacted a private bank prior to delivery to obtain a collection kit that they will need to take with them to the hospital. Mason typically broaches the topic of cord blood donation with his patients at the 28-week mark in their pregnancy and encourages expectant parents to bring it up with their physician at that point if the physician hasn’t already.

If banking cord blood publicly, all supplies and equipment will be on hand at the hospital, and the patient need only sign a consent form and complete a detailed medical history.

Mason notes that beyond the known diseases that can be treated with cord blood stem cells there is potential for stem cells in the realm of regenerative medicine. He cites research at the University of Michigan where cord blood stem cells are being used to treat congestive heart failure, restoring up to 10 percent of heart function in patients. “Down the road, you may be able to use your own stem cells and not need that Teflon knee,” he says.

The American Academy of Pediatrics (AAP) estimates the chances of a child needing his or her own cord blood stem cells in the future to be about 1 in 200,000. It recommends families consider public donation if they are able. The AAP recommends private cord blood banking if a family has knowledge of a sibling with a condition that could benefit from cord blood transplantation.

For her part, Tami Byrd is beyond thankful that she was encouraged to bank Brayden’s cord blood and has since done the same with daughter Lucy.

“The cost of cord blood banking is like an insurance policy,” Tami notes. “Even if individuals aren’t able to use their own stem cells, maybe their parents or their grandchildren will be able to down the road. You can’t put a price on that.”