Babies are adorable but always keep you guessing, too. Here are 10 weird things about babies that you may (or may not) know. 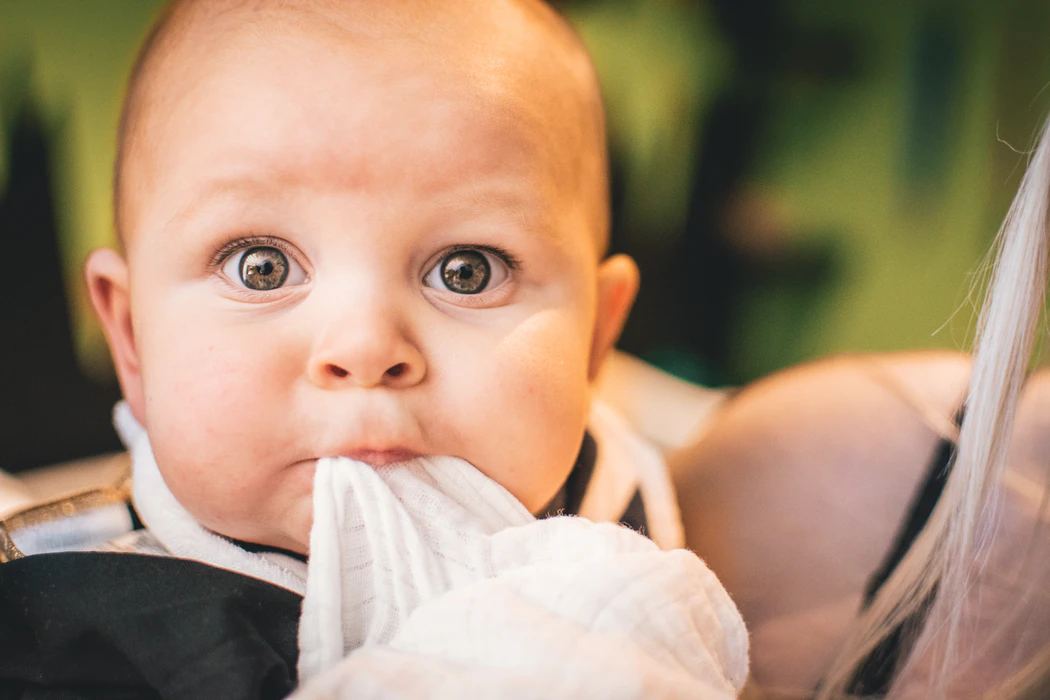 Babies are adorable and squishy and . . . weird. Yes, we said it. They’re weird. Don’t believe us? Here are 10 totally weird things about babies to prove it.

Sure, they cry. All.The.Time. But look at their tiny eyes and you won’t see any tears. They’re not faking it (we’re pretty sure newborns don’t know the mechanics of fake crying just yet, but just wait until they’re toddlers and masters of the fake cry). It’s because a baby’s tear ducts aren’t totally developed yet (either are the sweat glands, which means no sweating). They have enough tears to keep their eyes healthy and moist, but not enough tears to let them flow freely.

If only we were all like babies. A new study by researchers at the University of Washington’s Institute for Learning & Brain Sciences found that children are empathetic. In fact, the researchers learned that hungry 19-month-olds will give strangers food if the strangers are in need. The empathetic urges start at infancy, the study found. So within their first few days of life, babies will become upset if they hear other babies cry: this isn’t because they’re upset by the sound of crying, rather it’s because they’re feeling empathetic (researchers played other sounds similar to crying, but this didn’t upset the infants).

By the time infants are 6 months old, they will return smiles, and they will become distressed if you stare at them with unresponsive expressions. At 3 ½ months, most babies should be able to decipher their mother’s facial expressions, and at 10 months they’ll actually show concern if their mother is upset.

3. They cry with an accent

They may not be able to actually speak yet, but a study found that babies cry with the same melody used in their native language. And remarkably, they do this by their second day of life. Not convinced? French newborns have a lilt at the end of their cries, similar to the French accent, while German babies start their cries very intensely and then suddenly stop — just like the German language, according to a study published in “Current Biology.” This means that babies hear and mimic sounds they hear in utero. Even more astonishing? The first cries of infants have some trace of their native language (or their mother’s, to be precise).

Translation: An infant hears its mother’s nuanced speech patterns and vocalizes these within his first cry. A fetus can recognize his mother’s voice by the third trimester through bone conduction. The more varied the accent, the more varied your baby’s cry will be (so it may be just slightly different between a baby in Detroit and Chicago, while he’ll sound very different if born to a French mother).

4. They can only focus 8-12 inches from their faces

Don’t be nervous if you discover your baby is nearsighted: this is totally normal.

“Their vision falls between 20/200 and 20/400,” Poston says. “As the eyes begin to work together, the ability to focus will improve and the baby will be able to see further away.” It takes until up to the fifth month for babies to have depth perception and to see in 3D.

5. They only see in black and white

It’s the reason why so many baby toys are in black and white (though many parents reach for the most colorful toys available anyway). The ability to see in color develops over the first 3 months of life.

Babies start to see in color at about 1 week, but by 6 weeks, they’ve developed a full range of color vision.

Perhaps this makes us love them even more? But scientifically speaking, bacteria and bacterial waste products from metabolizing food are what causes the odor found in poop. A newborn’s bowels are not colonized with bacteria at birth and it takes time for this to happen, Poston says. Their first poops will consist solely of meconium, which is lighter than normal stool and is tar-like.

After day 3, a breastfed baby will have yellow or yellow-green poop. As the bacteria increases, so will the smell. Babies who are breastfed continue to have minimally smelly poop, compared with those who are formula-fed.

Oh, and it’s totally normal for infants to poop four to 12 times daily, especially if they’re breastfeeding. They shouldn’t be pooping fewer than three times per day (that may mean they’re not getting enough milk). The frequency should ebb around 6 weeks.

Well, technically, most taste studies in infants are done by evaluating facial expressions, Poston says. So as far as she knows, they may be able to taste salt but they don’t have a strong reaction to it. Why? Once infants can talk, we can learn the answer to this one. But one study may offer a clue.

It found that babies who eat starchy table foods before the age of 6 months have a preference for salt that lasts through their early years. Those who had the starchy foods (a piece of bread, cereal, fries, etc.) preferred saltier drinks and drank 55 percent more of those saltier drinks during the study at 6 months old.

When those same kids were preschoolers, they were more likely to happily lick salt from food and even eat the salt plain.

Sense of taste is developed in the womb, as the flavors are transmitted through the blood in the amniotic fluid. By the end of a pregnancy, a baby will swallow nearly a liter of amniotic fluid daily — and if you’re snacking on cupcakes, you may give your baby a sweet tooth.

In one study, mothers drank carrot juice every day during the last few months of their pregnancy or after birth and during breastfeeding. As a result, their babies had more of a preference for carrots than those whose mothers didn’t drink gallons of carrot juice.

This taste preference transfer was replicated in another study using garlic — and in this one, the children’s preference for garlic lasted through adolescence.

These are all totally normal physiological responses to birth. Just like mothers who gain gorgeous locks during pregnancy – and shed many of those locks postpartum — babies do the same, thanks to falling hormones. The time it happens varies from baby to baby. For some, the hair grows back in six months, while others will take a few years. Impatient to know what’s going to happen?

A study published in Forensic Science Communications found that most of the children had dark hair in the first 6 months of life; the hair lightened from 9 months until 2 ½, and after 3, their hair got darker until they reached the age of 5. You could probably expect it to stay pretty steady at that point. Their hair color is in their DNA – it’s just waiting to grow.

10. Their skin peels off

This doesn’t mean they have dry skin, says Hela Barhoush, a physician with One Medical, based in New York. Instead, this is a result of pregnancy. They were in amniotic fluid for 9 months, and the less vernix (that white stuff on newborns) they arrive with, the more likely they’ll peel.

Since preemies have a ton of vernix, they usually peel less than full-term babies. The baby’s skin tends to peel 1 to 3 weeks after birth, and you don’t need to apply lotion, help with the peeling or even call a doctor.