How to Get the Spark Back in a Relationship

After kids, relationships can fall prey to routine. Terri Orbuch, an Oakland County therapist aka The Love Doctor, offers tips and advice on how to get the spark back in a relationship. 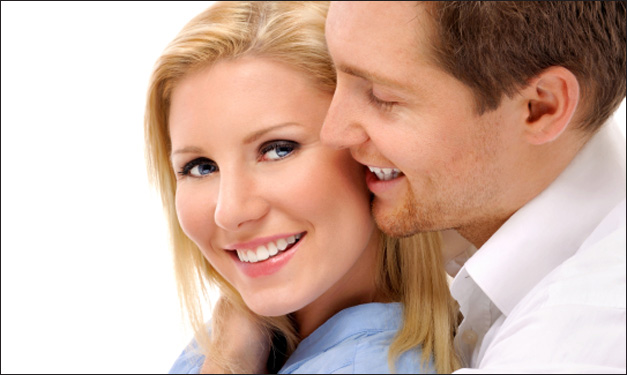 Same schedule, different week. Granted: For two grownups running a family, so much thrives on expected patterns and handling challenges as a team. But man: When the most excitement you’re getting with your partner is scrambling to find a sitter when snow shuts down school, it’s a likely signal your marriage/relationship could benefit from a tweak or two.

Enter Dr. Terri Orbuch, a relationship therapist better known as The Love Doctor. These sorts of lulls are a specialty for this southeast Michigan expert. “I cover all sides and ends and kinds” of relationships, she says. For real: In addition to teaching sociology at Oakland University in Rochester Hills for years, Orbuch’s also been tracking the same 373 married couples for nearly three decades as part of a groundbreaking study funded by the National Institutes of Health. She’s authored six books on relationships, too.

The first question she gets from parents who are in a funk: “Is this normal?” The answer is a no-brainer: Yes. “All relationships go through these ebbs and flows.” The problem is when you stay parked in a “relationship rut,” as she calls it, for too long. “That’s when it begins to eat away at the relationship.”

And the second worry: Stress. You know – jobs, PTO, meals, volunteering, driving, exercising, groceries, eating healthy, laundry, sports, dance. Because parents are, naturally, supposed to do it all.

Looking to switch from autopilot to arousal? Orbuch shared five simple steps parents can take to reignite the thrill factor with your spouse or partner.

“Passionate love or excitement is fueled – or is maintained by – doing new and novel things with your partner,” Orchbuh says. That starts to fade as you drop into routine. In fact, for the average couple, this happens within 12 to 18 months.

So try something new! “What I mean is, anything that is not part of your normal routine,” explains Orbuch. That could be a different restaurant, activity, vacation spot – even something you two have never tried before, like dancing, a cooking class or paintball. How about glow-in-the-dark mini golf? Snowboarding? If you always go to the same haunts, try Milford. Or Ann Arbor. Switch it up. Anything unique and unexpected “will mirror the beginning your relationship.”

At first, “it’s a little frightening and a little scary,” she says, but it’s also “really cool and interesting and exciting.” Oh, and when it comes to stuff like Valentine’s Day, don’t get hung up on dates. Why not change that, if it works better for your schedule? Get out of your head a bit, too, Orbuch adds, and ask yourself, “What would my partner like to do?” The answer is the meaningful gift you can give.

Try taking a mini vacation, just the two of you. Whether it’s a bed-and-breakfast up in Traverse City or just a local hotel down the road. Basically, anywhere where “you’re going to create memories.” Plus, leaving the roost spurs reconnection and conversation – and we’re not talking about who’s taking the kids or garbage out.

“Especially for women,” Orbuch says. “When they’re in their home or familiar surroundings, we tend to have lists in our heads.” The idea is to compartmentalize that – and relax. To ensure the mind-buzz doesn’t encroach on your escape, she adds: “It’s gonna take advance planning.” Coordinate who’s going to watch the kids, from grandparents or family members who live nearby to a trusted babysitter; maybe even work out a “kid swap” with close friends, where they’ll watch your kids this time, and you’ll return the favor (sleepover!). Give yourself ample travel time, too. “Two days and one night” is the ideal formula, Orbuch says.

Don’t fret about packing an agenda, though. The goal is to pay attention. Taking a partner for granted is a somewhat natural pitfall; this is your chance to “get to know them again,” Orbuch says. Ask questions. What’s stressing you out? Are you enjoying your work? What would you be if you wanted to do something else? “Taking time away from it all allows you to reconnect.”

3. Exercise together, or try another arousal-producing activity

We’re not talking about sex (well, not quite yet). So here, the concept is to do something that releases adrenaline/arousal. That, again, is stuff that comes effortlessly at the beginning of the relationship. Orbuch explains, “Science research studies find – as long as you do it with your partner! – the arousal that’s produced through that activity can get transferred to your relationship.”

A few ideas? Go to the gym together, whether you play tennis or hit the elliptical (or even just try a workout DVD at home). Hike outdoors or speed-walk through the mall. Try a comedy club – a “really strong hearty laugh” can trigger it. Catch a scary movie together – “frightening” situations can do it too. When it’s warmer out, hop on a roller coaster at Cedar Point or maybe even parachute out of a plane. You’ll naturally transfer/connect the rush to your partner.

4. Reacquaint yourself during an intimate dinner or board game

Yet again, rewind to the beginning of your relationship. Back then, you were incessantly learning new things about your partner. “As time goes on, that stops,” Orbuch says. “You think you know everything about your partner.” But do you? Does she still like romance novels? Is his favorite color still red?

It might seem trite, but in reality, asking those kinds of questions “mirrors and mocks the beginning of the relationship,” Orbuch says. You’ll want to get yourself into a more quiet and cozy situation, like a low-key dinner out. Certain games can foster these kinds of fresh insights, too, like Scruples or Trivial Pursuit – or even cards pre-printed with questions designed to get to know someone.

In fact, in the couples workshops she hosts, Orbuch even gives couples a two-page list of things to ask each other. Nothing complicated. “Questions you might ask your children,” she says. Like:

Basically, it’s doing what you did naturally when you first met each other, when “we do provide the safe haven and trust each other.” It makes you stop – and reminds you why you’re compatible and drawn to each other.

“I think people are surprised that the amount of sex that others are having varies greatly,” Orbuch says. “I think the media hypes up that people are having a lot even if they’re parents – and that there’s some number.”

Rest assured, The Love Doctor says: There’s not some target objective (three times a week, et al). “You should take the ‘should’ out of there. It’s the quality of that sexual experience, not the quantity, that leads to happiness.”

And it’s not just one activity. A back rub can be sexual. Even holding hands. And when it comes to actually having sex, there’s also ebb and flow. Inevitably, one of you won’t be in the mood. “Don’t take it personally. There are so many factors,” Orbuch says – how you’re feeling about your body, the sleep you’ve gotten, medicine you’re on, stress level, the weather.

If engines still aren’t revving? Rewind. “Spend some time talking about sex when it was at the beginning of the relationship. What were we doing? What was it like?” Even if it’s something that cracked you up. It keeps the focus on a positive approach to sex, vs. “the shoulds” and “‘are we, can we, can’t we, where, time, I’m stressed, you didn’t want it last time, now I don’t want it’ – just all that noise.”

Have those convos before you go to bed. Or via email or text. “There’s no goal,” Orbuch says. “Just do these little things that focus on adding positivity.”

College can be scary and confusing for both kids and parents. Here's a guide for parents on preparing their kids for what is yet to come.
Read more
Healing Haven