Questions about infertility and 'real parents' are definite no-nos, says this mom of an adopted daughter. Get her two cents on not what to say. 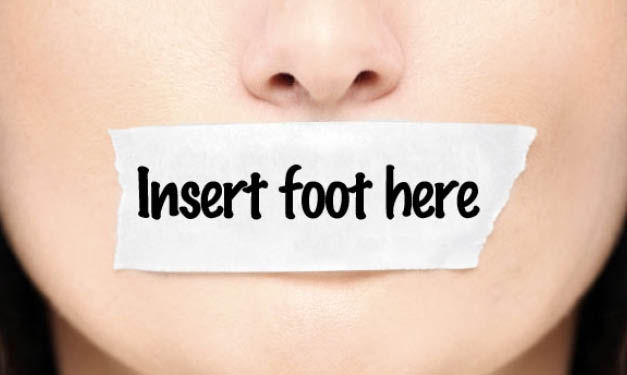 Deciding to adopt is a very personal decision. Many couples and individuals research and ponder the possibility for years before committing to the process. My husband and I chose to adopt our daughter from the foster care system because we wanted to parent a child who needed someone. Once we started talking about our plans, I was amazed at many of the question and comments we received. Here are some comments to avoid making to someone adopting.

I was shocked the first time someone asked about my fertility. It was my hairdresser. My father-in-law’s girlfriend asked soon after. They weren’t the only ones to ask this very personal question.

Strangers often heap praise on my husband and I for adopting. My husband eats it up. It gets on my nerves. I wanted to be a mother to a child who needed one. That doesn’t make me a saint.

Questions we have been asked include:

Yes, there are lots of unknowns in adoption, but the same is true of having biological children. We’re committed to our daughter no matter what, just like any other parent.

These phrases drive me nuts. My daughter is my own child. I am her real parent. She’s my real child. We’re both very real! Yes, she had other parents before us. They are real, too.

5. “Did you hear about the adopted child who murdered his whole family?”

We’ve heard tons of adoption horror stories. I’ve heard this often happens to women who are pregnant, too. I once had a casual acquaintance tell me a long, drawn-out story of a friend of her cousin’s neighbor who adopted three children “out of the goodness of her heart” who then brutally murdered her in her sleep when they grew up.

I got really upset by these comments at first. Our adoption has been finalized for years now, and the bizarre comments still happen. I am able to blow it off now – except when they speak up in front of my daughter. I still need to work on shrugging off those comments. Adoption is complicated and requires thick skin.

Thinking about adopting? Learn more about the process of adopting an older child in Michigan and hear from other families, too.