Apparently It’s NOT OK to Bring Siblings to Playdates

Should siblings be included? Some say it's a matter of fairness, but others disagree. Where do you stand? 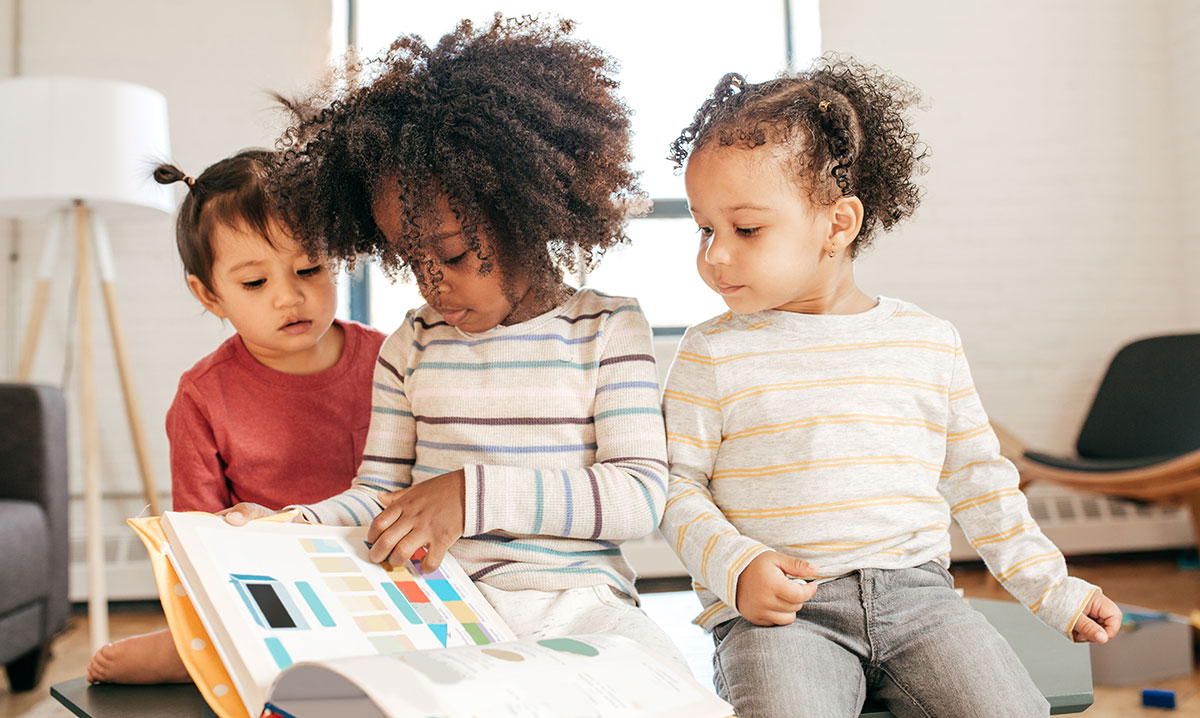 As the “baby” of the family, I spent a lot of time trying to be just like my two older sisters.

Everything they did and talked about seemed so cool to me. And their friends? I idolized them almost as much. Naturally, I wanted to be included as much as possible in their get-togethers. “Can I go too?” was a question my parents heard often.

The answer, of course, was frequently “no.” Little sisters don’t get invited to big-kid playdates and birthday parties most of the time, and certainly not to sleepovers. I understood it, but I did feel left out sometimes.

Now as a parent, I’m ultra-sensitive to anyone feeling left out. Not just because of my sibling experience, of course; I was also a super-shy kid who felt “left out” pretty easily, even by close friends.

So when some parents started talking recently about whether siblings should be invited to playdates, it got me thinking: Is it the right thing to do, or just a courtesy that shouldn’t be expected?

We asked our readers on Metro Parent’s Facebook page and the consensus was pretty clear: The only kid who should show up at a playdate is the one who was invited, and there’s no reason to go inviting siblings. One reader even said she stopped playdates with a friend because the family always dropped off a sibling in addition to the child who was asked to play.

Another reader, Sophia, commented on our page that it’s only OK to bring a sibling along if they’re “specifically invited.”

“It is not rude for the invited child to have a playdate alone with their friend. Children need to be independent from their siblings,” she wrote.

And Judy pointed out that “every child needs their own friends. Older kids do not need to bring younger siblings,” she wrote, in part. “… I believe the kids need time away from each other.”

Carly added this: “Older/younger siblings can turn it into a totally different dynamic (not to mention possible issues with age appropriate play and getting bored and/or hurt),” she wrote. “Plus, it’s rude to foist your other children off on a mom kind enough to host. You can ask ahead of time, but I’d be clutching my pearls at that too.”

You can read the whole conversation here.

Most parents would probably agree that assuming your older or younger child can tag along on a playdate and dropping them off without asking is definitely out of line. And really, I can’t imagine asking a parent if my other kids could come over too. We all learned the “you can’t invite yourself over” rule and surely the same applies to your children.

Plus, it puts a parent on the spot: They might not want to host an additional child but how could they say “no” without sounding mean?

Fortunately, this hasn’t really come up for my kids since they haven’t asked to tag along on each other’s playdates. But here’s my thought: If I’m inviting a child over to play with my child and I know the younger sibling would probably like to be there, isn’t inviting them along the right thing to do? I think I’d be offended if my kid was begging to go and the other parent didn’t at least offer.

But commenter Sandra thinks not. “My boys are 14 months apart (9 and 10) and share many friends in common,” she writes, but sometimes a friend wants to just play with one of them – and that’s totally OK. “I use these times to spend one-one time with the sibling not on the playdate.”

The same standard applies to birthday parties, she says.

It must be the left-out little sister in me, but I say it’s best to invite everyone. The worst-case scenario is that the two original playdate friends have to put up with a small dose of sibling annoyance. Best-case scenario? A sibling’s day is made, the parent gets a pleasant surprise and everyone learns to be a little more inclusive.

What’s your take? Do you usually invite siblings on drop-off playdates? Tell us in the comments!