Arguments are a given in any relationship. It's how parents argue in front of the kids that can disrupt their emotional stability. 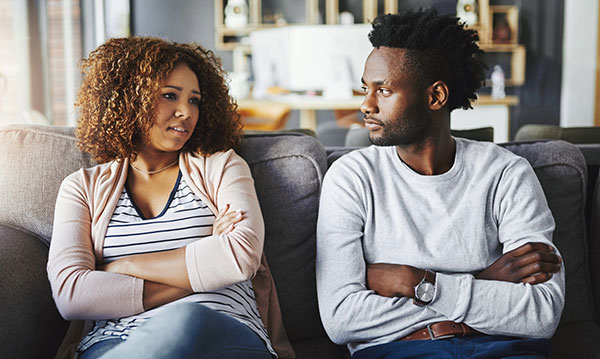 Kids are sponges. It’s one of the precious things we love about them, but it means they absorb oodles of information not intended for them, too – like spousal spats.

All couples fight, but it’s how parents argue and manage those disagreements that determine how they affect your child’s well-being.

So, what’s OK? Dr. Eric Herman, a clinical psychologist with Children’s Hospital of Michigan in Detroit, explains how a constructive argument differs from destructive behavior, which can erode your child’s emotional stability.

“Arguing is normal and natural,” Herman says. It’s the type, frequency and intensity of the fights that matter. If the relationship is generally loving and the occasional fight is respectful, “you can argue some. But if it’s mostly what you do, then it’s a problem.”

No one’s perfect, he says. But try to exhibit self-control, respect and work toward a compromise. Kids want to see resolution. In the end, “maybe hug, kiss and change the subject … to show kids that you can get angry and then fix it.” It needn’t ruin your day.

Constructive arguments let kids know “we’re (all) human. We don’t always agree. But we don’t run away from our problems. And we can work it out.”

Destructive disagreements not meant for the kids’ eyes and ears involve “name-calling, personal attacks – taking whatever the argument may be about and expanding it into a whole history of problems with your spouse – and raising your voice to the point where it’s demeaning or more about your own anger than it is about trying to solve the problem. At that point it’s modeling bad behavior.”

Fights about the kids in front of the kids are also a big no-no, he says, because it makes them feel at fault for their parents’ strife.

Even stonewalling your partner is an unhealthy extreme, Herman adds.

Resentments build and tense quietude only makes kids wonder. And while it’s easy to vent – even to the kids – about a partner, don’t. They may feel obligated to take sides, he adds.

Modeling respectful behavior for the kids is important at any age.

Younger kids, he says, “don’t understand adult dynamics, but they do understand how things feel.”

A hostile home environment can cause kids to internalize feelings, making them moody or causing them to experience bodily aches, like headaches and stomach aches, Herman says. Those who externalize may act out in school or fight more with siblings.

Teenagers keep their parents’ example in mind when they they start dating, he says. At home, they “may be a little bit more irritable, less talkative, and more guarded about their feelings.”

And kids replicate behavior. “If mom and dad berate each other and name-call and treat each other nasty, kids will try that out,” which makes disciplining them all the more challenging.

Try to make a conscious decision to stop and talk later if an argument gets too heated, maybe behind closed doors, Herman says. When a blowup does occur, it might help to apologize in front of the kids. But, he adds, “don’t worry that you got into some kind of fight and now you’ve damaged your kid forever; kids are resilient.”

And the age-old adage applies: relationships are about compromise. “I tell people they can (always) be right or they can be happy. You pick.”