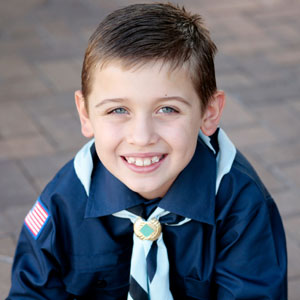 The Boy Scouts of America‘s National Council recently voted to scrap their policy of denying membership to gay kids and teens. The change passed on May 23 with 61 percent of the vote.

“Today, following this review – the most comprehensive listening exercise in Scouting’s history – the approximate 1,400 voting members of the Boy Scouts of America’s National Council approved a resolution to remove the restriction denying membership to youth on the basis of sexual orientation alone,” a BSA statement reads.

Although the change doesn’t go into effect until Jan. 1, 2014, it’s sparking conversation among parents and Scout leaders across southeast Michigan. How is the decision being accepted on the ground level here in metro Detroit?

BSA has been banning openly gay members since 1991, according to a USA Today article. The rule is based on the BSA oath, the article notes, which reads, “On my honor I will do my best … to keep myself physically strong, mentally awake and morally straight.”

The vote on the long-standing rule came after much public discussion. Over the last year, BSA has caught a lot of flack from pro-lesbian, gay, bisexual and transgender groups for their policy when it reaffirmed the ban in July 2012. Companies such as National Geographic Channel denounced the organization’s policy, UPS ceased to fund BSA and President Obama spoke out against the policy, as well.

Now that the rule has been overturned, reactions have been mixed.

Across the country, churches are both severing ties with BSA and standing strong with the organization, including The Church of Jesus Christ of Latter-day Saints – the largest religious sponsor of BSA troops, according to BSA. Of its more than 100,000 units, about 70 percent are run by faith-based organizations.

Families have also reportedly been leaving Scouts, according to a NBC U.S. News report, over disappointment with the acceptance of gay members.

On the flip side, LGBT groups like GLAAD are celebrating. But they’re still focused on gaining LGBT adults acceptance, too, as the organization’s policy banning gay adults in BSA remains the same.

“(This) vote is a significant victory for gay youth across the nation and a clear indication that the Boy Scouts’ ban on gay adult leaders will also inevitably end,” GLAAD spokesperson Rich Ferraro said in a statement following the vote.

Locally, the decision to allow gay kids and teens in Scouting has not been much of an issue – at least in a few local troops.

Tom Seubert – a troop committee chairperson and religious activities coordinator for BSA in Macomb County, Harper Woods and the Grosse Pointes and father of a 16-year-old Boy Scout – said in his troop, it’s been a “nonissue.”

“Most of our parents are either saying we have no problems with the decision or we don’t even know why the policy was in place in the first place,” the Roseville dad says. “It seems to be the very conservative groups who are having … personal moral issues with this decision.”

As Reuters reports, religious leaders have been speaking out against the decision. Senior Pastor Ernest Easley of Roswell Street Baptist Church in Marietta, Ga., told Reuters “it is extremely sad.” His church decided not to sponsor its troop anymore.

“I’d never dreamed that I’d be standing in front of a group preaching on Sunday, encouraging parents to pull kids out of Boy Scouts of America,” Easley says in the article.

Aaron Butler of Roseau, Minn. told NBC U.S. News that he pulled his 8-year-old son out of Cub Scouts due to the decision.

“It was a big disappointment,” Butler told NBC News, saying his son “cried for about 10 minutes because I told him that the Boy Scouts were not honoring their own law.” He added, “If the BSA cannot honor their own law, then how can I stay with an organization that just does not care anymore?”

Roseville mom Laura Sawgle, who has an 11-year-old in Boy Scouts and is a committee member for his troop, says the rule change “is so new at this point,” she hasn’t heard much from parents after the vote. Beforehand, she heard opinions on both sides.

“I did end up losing a Scout really early in the Scouting year,” Sawgle recalls, noting that it was due to the organization’s anti-gay membership rule. “His parents were not aware of the rules and they realized it after they had signed him up.”

April Bucknell, Royal Oak mom of a 6-year-old Cub Scout, says she recognizes BSA is “a Christian-chartered organization,” but she also notes “Scouting is so little about sexual orientation.”

“I think it’s a tough call for them,” Bucknell says. “I personally think they tried to split the baby evenly by saying, ‘We’re not going to punish any Scouts who are gay.'”

Currently, BSA’s national office does not have local statistics on how the decision has impacted membership numbers, and it noted in an email that “it is impossible to link membership increases or decreases to any one issue.”

And although the organization abolished one anti-gay membership policy, the rule regarding gay adults in the organization remains intact – something Sawgle noted could impact the group in the future.

Sawgle adds that the boys who are given Eagle Scout status are expected to come back to help out as adults. Under the current policy, if they’re gay, she says the organization is handing them the Eagle designation with one hand and “taking away their membership with the other.”

Coupled with the “bad press” on the issue, “they are just unknowingly creating a staffing hole,” Sawgle says.

In the BSA statement following the vote, the group said, “While people have different opinions about this policy, we can all agree that kids are better off when they are in Scouting.”

For the most part, these southeast Michigan parents agree.

“I still think there is a place for Boy Scouts,” Bucknell says, pointing to the value of boys developing strong relationships.

As far as continuing membership with the organization, Seubert says the vote “would not have been an issue either direction” for him personally.

“I’ve seen how good the program can be in the growth of my own son, who’s been in for eight years now,” he says. “I believe in the program itself.”

While Sawgle says she sees BSA “has a lot of value to it,” she has concerns. “The value in the program is being lost for the adults’ politics,” she says, “and that’s a huge, huge problem.”