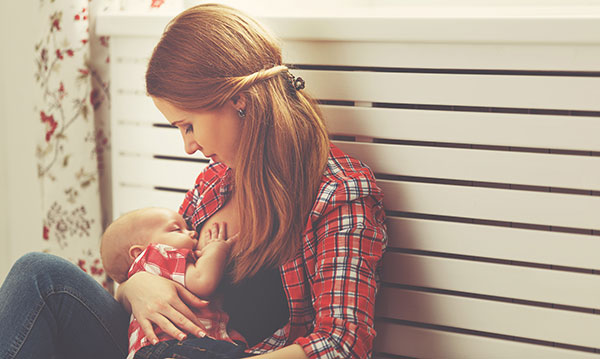 A new study found that babies who were breastfed don’t necessarily grow up to be smarter than their formula-fed peers.

The study, published March 27 in the journal Pediatrics, looked at the cognitive development and behavior of breastfed and non-breastfed 3- and 5-year-olds by reviewing data from about 8,000 Irish families, according to a HealthDay News report in U.S. News and World Report.

The breastfed kids in the study scored higher on academic tests and had fewer behavioral issues but researchers said these things were linked to other factors, including the mother’s education and the family’s social class.

The children who were breastfed also had fewer hyperactivity issues at 3 years old, but this link disappeared by age 5, according to the article.

While breast is considered best for many reasons, the idea that breastfeeding makes kids smarter has been debated, study authors said.

“The belief that babies who are breast-fed have advantages in their cognitive development, in particular, has been a topic of debate for over a century now,” Lisa-Christine Girard, lead researcher on the study, said in the report.

Breastfeeding benefits, including those related to children’s cognitive development, have been the focus of many studies but researchers are still working to grasp the “complete picture,” Girard said in the article.

But some say this latest study might not be the most accurate look at the issue because of the limited number of kids – just five percent of those studied – who were breastfed exclusively for the first six months of life, which is what experts recommend.

Dr. Lydia Furman, a pediatrician with Case Western Reserve University School of Medicine, published an editorial in the same edition of Pediatrics alongside the study explaining that four previous studies have linked breastfeeding to improved IQ test scores, NPR reports.

Those studies suggest “a small but durable impact of breastfeeding on intelligence,” she wrote.

Girard told HealthDay News that the new research shouldn’t be seen as detracting from any of the well-known breastfeeding benefits, such as protecting kids from illnesses, lowering the risk of asthma and obesity among kids and lowering a mother’s risk of certain cancers.

“It’s important to emphasize that our findings in no way take away from that,” Girard told HealthDay News.

As with any study on breastfeeding or formula feeding, parents were quick to chime in on social media. In response to a CafeMom post on Facebook about the study, reader Brandy Nicole was skeptical. “This study they are referencing only followed these children’s progress to 5 years old, not long enough IMO to determine whether or not it impacted their long term cognitive development,” she wrote.

Another reader, Melissa Crisler, said she doesn’t care either way. “As long as the baby is eating and is healthy, feed them however you want,” she wrote. “Breastfeeding or formula. It doesn’t matter. As far as either one making them smart? Does it really matter??”

What do you think of the study? Tell us in the comments.