A Case for Shared Parenting After Divorce

Kids of divorced parents had better relationships with mom and dad when they had equal – or close to equal – time with each parent, a new study finds. 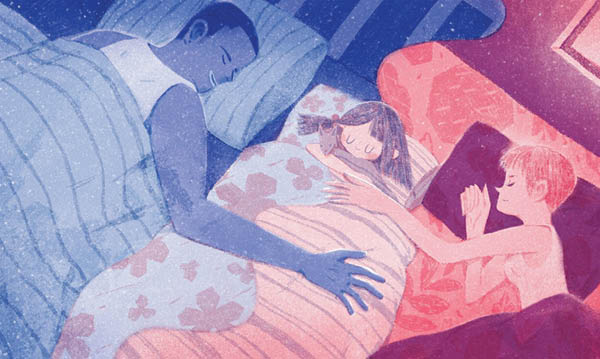 Working out the details of co-parenting with your ex after a divorce – especially a contentious one – can be incredibly difficult.

And, for children, divorce is often anxiety inducing and scary.

“Kids feel the control is stripped from them in a divorce,” says therapist Cindi Rosner Kelly, a social worker at the Relationship Institute in Livonia.

For some kids, that could mean less time with mom or dad. “The old process was the mother had primary, physical custody,” Rosner Kelly says. In this type of “joint custody,” that meant kids spent every other weekend at dad’s house or one day per week with dad. But now, she says, “If the parents are willing to do it, then it’s 50-50 – and we work out all these different arrangements depending on each family’s needs.”

While that’s not always realistic, it seems that kids who have equal time with each parent benefit in the long run, a recent study says.

“The more parenting time with dad – up to and including 50 percent – the relationship with the father gets better,” says William Fabricius, associate professor of psychology at Arizona State University and study co-author. The mom-child relationship does not get worse in the process, he notes.

“To be able to have the benefit of both parents in an equal manner is important, because they identify with each sex parent in a different way,” Rosner Kelly adds.

The study centered on college students at ASU whose parents divorced before they turned 3, Fabricius says. The goal: To get a look at the long-term effects of shared custody – something that had only been researched in the short term.

As part of the study, students forwarded a survey to one or both parents, asking them about time spent together at different points from birth to age 15.

“We asked the parents to report how much conflict the two were in during the time of separation and divorce,” Fabricius adds. Whether parents agreed about the amount of time the kids were able to spend overnight or if they went to court over it was taken into consideration, too.

That means if dads get the chance early on, they develop better parenting skills – and are encouraged to do the grunt work. And, for moms, the reprieve this creates may be the stress relief that helps improve the mother-child relationship.

Breaks from the kids could help benefit both parents’ dating lives, as well.

“When they get involved with somebody new, oftentimes, the parent wants to include their children in their love and their excitement for this person,” Rosner Kelly says, but that’s not the best idea – as you might be setting a child up for disappointment if you’re not committed. Still, adults need space to explore a new relationship. “That is a benefit of the 50-50 time, because then you get some alone time that doesn’t involve the children,” Rosner Kelly says.

If you’re planning to split up, don’t tell kids too far in advance, Rosner Kelly says. For example, she suggests, three months is too much; a month is ideal.

“It gives them time with the parent who’s going to be in the other domain to see their home, to pick out their room,” she says. Let kids choose the wall color in their room, so they feel like they have a little sense of control – and know what to anticipate.

Once you’re working together as co-parents, flexibility is key, Rosner Kelly says. “Being able to communicate, and ideally in an amiable manner,” she adds, is also important. If you’re still not in a great place with your ex, she adds, use texts, email or voicemail to make plans.

Establish a routine. “What’s best for the kids is to maintain the routine and the structure they have had,” she says. “All kids thrive on structure and routine.”

And remember, things can be worked out – many times through therapy versus the legal system. “The therapeutic process helps to minimize that dissonance and get through a process so they can move on with their life to co-parent” in a healthy manner, says Rosner Kelly.