10 Cool Celebrity Moms We Want to Be Our BFFs

We love our girls’ night gals right here in Detroit, but we can’t help thinking that adding a few friends in high places would have its perks. Here are 10 cool celebrity moms we wouldn't mind having as friends. 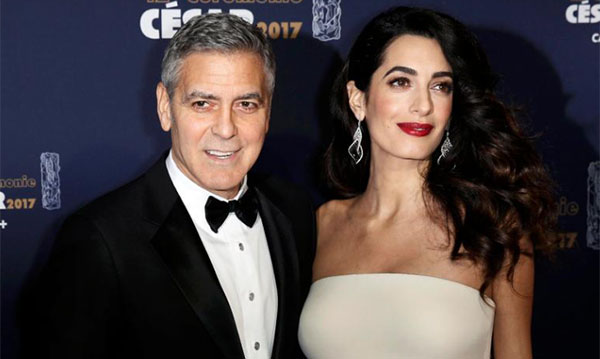 For years, celebrity magazines have been trying to convince us celebrities are regular people. Us Weekly dedicates an entire spread titled, “Stars – They’re Just Like Us,” to show the everyday whereabouts of Hollywood’s biggest stars, from grocery shopping to finding parking tickets on their windshields.

And now with social media, celebrities have never been more relatable. They use Instagram and Twitter to show us their makeup-free, sweats-clad selfies or to show the flip side, their lush life heading off on extravagant vacations to St. Barts. Their efforts to humanize themselves has worked, we know their personalities and now we want to be their friends. Here’s a list of the top celebrity moms we want to befriend IRL.

Sure, Jessica has been off the silver and small screens for some years now, but she’s kept busy – really busy. The mom-turned-entrepreneur co-founded The Honest Company – valued at over a billion dollars – in 2011 to provide moms with products they could feel safe using in their house and on their kids.

So she’s ethical, owns a billion-dollar company and happens to be a celebrity. Did somebody say, “Diaper hookup?” We’re sure her Honest Company products come as a package deal with this friendship. Plus, we’d get the experience of lying out next to her private pool in the backyard of her $10 million home lathered in hypoallergenic, water-resistant and fragrance-free Honest Company mineral sunscreen.

It was a close call, but Serena beat Beyoncé for most shocking pregnancy announcement of 2017. Especially considering the fact she accidentally announced it via Snapchat.

Serena is a badass heroine dominating the sports industry and leaving male athletes in the dust – she won the Australian Open while two months pregnant! She’s an advocate for equal pay and equal treatment for women in sports and has been vocal on gender issues for years. Rather than call her the greatest female athlete, use her words and call her, “One of the greatest athletes of all time.” You can never have too many feminist friends.

Kourtney may go overboard sometimes with her dietary limitations, but who doesn’t love a gluten and dairy-free banana spinach shake? She’s a hot mom, some of this can be credited to her genes, but most of it is credited to her strict diet and exercise plans.

Really, we’re befriending her in hopes she’ll invite us to her famous workout sessions with personal trainer, Donamatrix. Alright, they look pretty intense, but for a cameo in one of her famous workout Snapchats and for a taste of life as a Kardashian, it’ll be worth it.

And a friendship with Kourtney will no doubt guarantee a spot in the Kardashian Klan, and who doesn’t want a little taste of that when up to your ears with poopy diapers or screaming kids in our humble homes?

Victoria has always been a fashion icon – from the streets to the stage to the red carpet. She’s got the fashion hookup, with her recent collection for Target and her higher-end lines. Hopefully, she’ll lend us a pair of pants or two.
She’s Posh Spice. We’ll say it again: she’s Posh Spice. Who doesn’t “wannabe” friends with a Spice Girl?

Victoria has taken the music and fashion industry by storm, it’s no surprise she’s a supermom too. But let’s be real here, we’re aiming for a free dress from one of her collections. A glimpse of David every so often wouldn’t hurt either.

She is a mom to twins and technically a celebrity by association (her still-hot husband George Clooney). And, honestly, who wasn’t jealous of Amal when she snagged THE George Clooney? But now we see what he sees in her and realize that he’s the one who actually married up.

She’s a humans rights and international law lawyer and she’s been involved in some of the most iconic human rights cases including the extradition hearings of WikiLeaks founder, Julian Assange. Having Amal as a friend will keep you in line, regarding social justice and the law at least. No doubt she’ll make you check your privilege and keep you updated with the latest injustices in the world.

Oh Kate, the star of all of our favorite chick flicks. She’s basically already our friend; she’s joined us for every girls’ night and seen us in pajamas waiting for our mud masks to harden, albeit through the screen. But we’re not satisfied until we become BFFs with Kate herself.

Other than being a red carpet stunner, Kate has embarked on an entrepreneurial journey. In 2013, Kate co-founded Fabletics, the athletic clothing company made to fit every body type. Anyone who promotes body positivity is a friend of ours!

We’re in it for the free leggings. The Larix outfit would be an added bonus. And getting to meet Goldie Hawn and Kurt Russell would be pretty cool, but we’re primarily looking for free leggings.

Where would we be as a society without Jersey Shore? We’ve seen Nicole at her worst – getting punched in the face by a guy at the bar, getting arrested on the beach and flashing the cameras multiple times. And now we see her at her best – being a great mom for Lorenzo and Giovanna and putting her health first.

Nicole’s had the transformation of the century, she traded her wild club hopping nights for nights in with the kids. She didn’t lose her personality or crazy antics, she’s still wild while sober. She’d be the best workout buddy. And maybe tagging along to the gym with her will get us a free session with her trainer, Anthony Michael. Added bonus: she has a clothing website. You can never have too much leopard print.

If you’ve watched one of her Momsplaining with Kristen Bell episodes, you already know she’s hilarious. But this actress and mom of two daughters is also the kind of woman you’d want to be in your mom tribe. Why? She admits that “parenting is hard AF” and isn’t afraid to laugh about it.

And that’s really all you can do when you get pooped and spit-up on, deal with temper tantrums in public, etc. She doesn’t act like she has all the answers but she is willing to share the things she does know about her experience in this parenting game, too. We wouldn’t mind hanging out with this funny mom.

Just follow model Chrissy Teigen on Instagram and you’ll get what we mean when we say that this mom is not afraid to be open and frank about motherhood.

From posts about her daughter, Luna, “freaking” at Whole Foods over her lost Wonder Woman to images of her son, Miles, in a cranial orthotic helmet and photos of herself stuffed in a too-tight Jasmine costume at her daughter’s request, Chrissy will give you a real confidence boost when your child is in the midst of a meltdown.

Plus, she owns her own line of dinnerware and is a whiz in the kitchen, which means plenty of tasty snacks, including her Bagel Cream Cheese Breakfast Bake, for you. Oh, and speaking of snacks, did we mention she’s married to John Legend?

Through the years, Pink has been known to push the boundaries with her appearance and music. Now that she’s a mom to Willow and Jameson, she’s pushing the boundaries of parenthood by raising her kids in a “label-less household.”

Her kids are encouraged to express themselves however they feel comfortable, and Pink even made a very public speech about how she encouraged her daughter to make her own path and dress her own way, after little Willow told her that she was ugly.

This level of unconditional love is what every parent should strive for. Couple that with Pink’s amazing hair, awesome sense of style and zero-cares attitude, and who wouldn’t want to be friends with such a fabulous woman and mom?

What famous moms would you like to be your BFF? Tell us in comments.