Child Poverty on the Rise in Michigan

New data shows child poverty went up in 80 of 83 Michigan counties since 2006. Find out what other details the Kids Count in Michigan Data Book revealed. 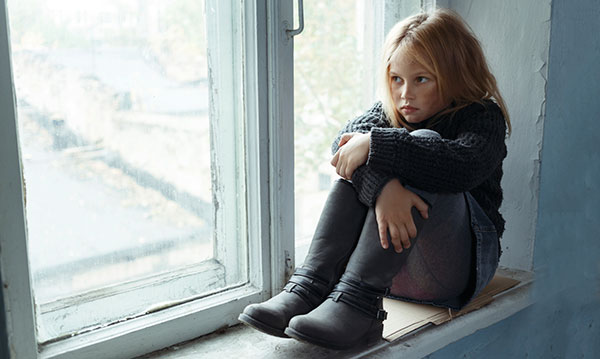 Nearly one in four kids in Michigan are living in poverty, according to data recently released by the Michigan League for Public Policy.

That’s a 23 percent increase in the rate of child poverty between 2006 and 2014 and one of several concerning statistics detailed in the new Kids Count in Michigan Data Book 2016.

Other worsening measures of economic security include a 29 percent rise in the rate of child abuse and neglect and a 52 percent increase in the rate of children living in families investigated for child abuse and neglect. The report also shows that 32 percent of children live in a household where no parent has secure employment and 17 percent live in high-poverty neighborhoods – a rate that’s higher than all but seven other states.

Alicia Guevara Warren, the Kids Count in Michigan project director at the Michigan League for Public Policy, says in a press release that the book is not meant to be only a reporting tool but “a catalyst for action.”

“If legislators are truly concerned with child well-being, they have to address income and racial disparities, and invest in proven two-generation strategies that help kids by helping their parents,” she says in the release.

The Michigan League for Public Policy offers a variety of recommendations for policymakers including investing in clean air and water, quality schools and adequate police and fire services for communities; strengthening work-supporting policies like the Earned Income Tax Credit and earned paid sick leave; and providing strategies to prevent child abuse such as mental health and substance abuse services for parents.

“The Michigan League for Public Policy has been producing the Kids Count report for 25 years, but low-income kids are still struggling, and the repercussions touch every part of their lives,” Gilda Z. Jacobs, president and CEO of the Michigan League for Public Policy, says in the press release. “The Flint water crisis and the horrendous conditions in Detroit Public Schools show just how low a priority protecting kids has become. Lawmakers have a responsibility to protect Michigan kids, and with this book, we provide the information and recommendations for how they can do that.”

The report, which has been published annually for the past 25 years, also ranks 82 of Michigan’s 83 counties for overall child well-being. This year’s best counties are Livingston, Ottawa and Clinton – and the worst are Lake, Clare and Muskegon. Locally, Oakland County came in fourth, Washtenaw in fifth, Macomb in 17th and Wayne County 66th.

“As we’re seeing with Detroit Public Schools at this very moment, greater investment in education is needed to prevent our schools from struggling and our students from suffering,” Don Wotruba, executive director of the Michigan Association of School Boards, says in the news release. “Lawmakers also need to understand poverty’s role in the academic equation and provide early intervention and support services for kids and parents alike to address that.”

To find out more about the statistics for your county, view the data here.