Authoritarian parenting can be damaging to kid's independence and breed disrespect, a study finds. Learn how to loosen the reins. 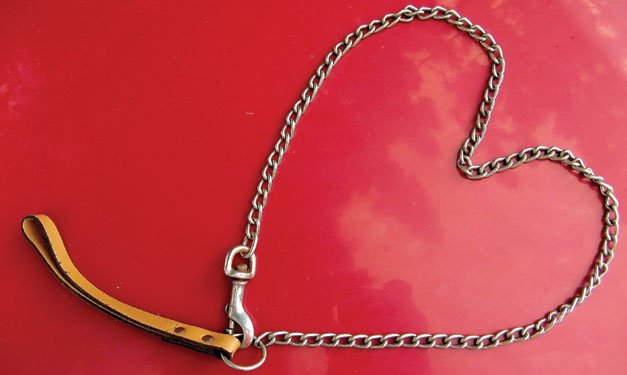 Fan of the iron fist? Turns out a parenting style some moms and dads consider the best might actually be the worst in the long run.

Authoritarian parents who employ the strict “my way or the highway” tactic at home are more likely to raise disrespectful and delinquent kids, reveals a study by the University of New Hampshire – titled “Don’t Trust Anyone Over 30.”

Turns out adolescents with controlling parents are often defiant and lack trust in their parents, the study says. Researchers also found that the controlled kids exhibit delinquent behavior because they don’t see their parents as “legitimate authority figures.”

So, as a parent, what can you do to empower your children and gain their respect? Here’s how to demolish the authoritarian parenting style and build a healthy, trusting relationship with your children.

Why some parenting styles aren’t working

UNH researchers used data from an ongoing survey of middle- and high-school students to study what stokes delinquency. Over 18 months, they derived new details about the three major parenting styles: authoritarian, authoritative and permissive.

According to the study – the first to examine if certain parenting styles affect a kid’s behavior and a view of his parents – permissives don’t place enough boundaries for their children.

“These parents tend to produce children who are the least self-reliant, explorative and self-controlled out of all the parenting styles,” a UNH media release about the study reports.

On the other hand, authoritarian parents were found to be too demanding and are often “detached and unreceptive to their children’s needs” because of the communication deficiency, the release says. This style “produces children who are discontent, withdrawn and distrustful,” the study concluded.

Ironically, controlling parents “actually reduce the likelihood of their children perceiving their authority as legitimate,” Rick Trinkner, lead researcher, explains in the release.

“Adolescents from authoritarian parents are more likely to resist their parents’ attempts at socialization.”

The most successful style? Middle-of-the-road authoritative style, the study says. These parents were a balance of demanding and receptive to their children’s needs, resulting in kids who are self-reliant and content because their parents listen to their opinions, according to the release.

Barbara Nickel, a therapist and clinical social worker with a private practice out of Farmington Hills, says that being less controlling of your kids by allowing them to make their own decisions is key for adult development.

“It’s part of the separation process, allowing children to grow into adults,” she explains. “They have to learn to take control of their own behaviors to grow up, and the (controlling) parents don’t let their children pass through the stage of development necessary to make their own decisions – because they make their decisions for them.”

Nickel says the first thing an authoritarian parent has to do is recognize that they’re authoritarian – and ask themselves “what it is about them as parents that they feel the need to keep controlling their kids.”

The second step is working on changing the identified cause, which, for example, could be anxiety, she says.

An effective way to gain your child’s trust is to “respect the child and where the child is in the developmental process,” Nickel says, “and work to allow them to pass through that stage of development.

“As kids get older, the parent has to remain a parent,” she continues, noting that parents can’t become their child’s friend. “But parents have to have communication with their kids regarding what are and what are not allowable behaviors.”

In addition to communication, Nickel advises that parents “give their children some latitude and allow them responsibilities,” such as borrowing the family car – but setting a curfew. Then, she says, parents should monitor how the child handles the responsibility.

“If the child displays that they have mastered the task you’ve given them and that they’re responsible with that, then you give them more freedom,” she says. “If they’re home by curfew, then you know you can give them a little space, and vice versa. If they don’t respect that, they’re not ready.”

Parents can learn more about various parenting styles and how to strike a balance in this post.