Cool Minivans: The Best Minivans on the Market

These four models are tops when it comes to features families will love. Which one is your favorite? 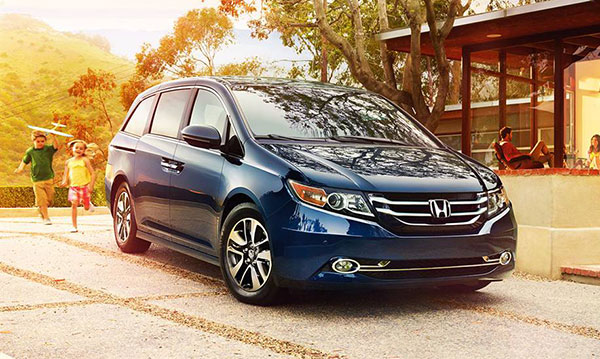 Minivan-embracing moms and dads don’t need to be convinced of just how functional this type of vehicle is for families. With sliding doors, tons of space and great safety features, what’s not to love about a minivan? And the best part is they seem to be getting cooler (yes, cool minivans exist!) all the time.

If you’re in the market for a new minivan, still contemplating the minivan vs. SUV debate or just want to check out some minivan eye candy, we’ve got just the thing.

Here’s a look at some of the coolest and best minivans on the market. The pool of contenders isn’t huge due to the shrinking number of minivans currently available, but these four stood out for their ultra-family-friendly features. Take a look and tell us what you think in the comments!

This brand new minivan replaces the discontinued Town and Country and has a starting MSRP of $28,595.

The Honda Odyssey has long ranked among the top minivans on the market. The 2016 model has a starting MSRP of $29,550.

The “Swagger Wagon,” as Toyota calls its Sienna, is another popular choice for families and has a starting MSRP of $29,750.

A more affordable option with a starting MSRP of $26,400, the Kia Sedona has much to offer families.

What’s your favorite minivan? Tell us in comments.