Dads and Paternity Leave: Why They Should Take It

Dads often feel the pressure not to take paternity leave or to cut it short, but they may be missing out on a once-in-a-lifetime opportunity. 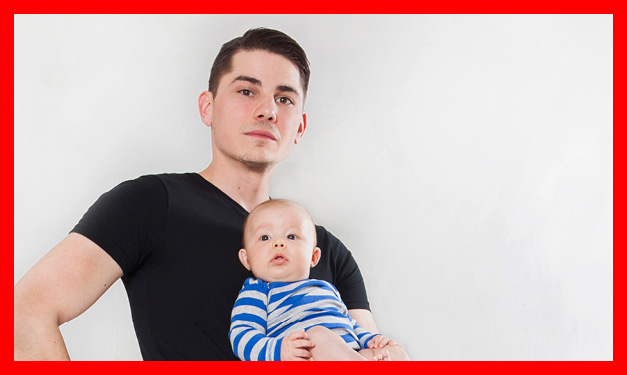 Paternity leave? Yes, there is such a thing – although disproportionately few men get it and take it. Those who do often catch major flak. Take for instance the 2014 headline-grabbing story of Major League Baseball player Daniel Murphy who plays second base for the New York Mets. He and his wife welcomed their first child, delivered by C-section. He took three days of official paternity leave, a benefit afforded him by the collective bargaining agreement in place between the league and the players’ union, to be with his wife and newborn son, Noah. He earned the ridicule of a few on-air sportscasters in the process.

Among the vitriol surrounding Murphy’s leave were comments indicating he should have hired a nurse so he could return to the team sooner and that he and his wife should have scheduled her C-section before the start of the season.

Chris Hayes, host of MSNBC’s All In with Chris Hayes, weighed in on the media firestorm around Murphy while himself was on paternity leave with his newborn son.

“There is this kind of macho culture in which fatherhood is this kind of remote sort of undertaking,” Hayes said on air by phone. “The domestic sphere belongs to the woman. The father’s out there providing. The mother’s at the home care taking. I’m sorry, but it’s crap.

Even here in Detroit, a little controversy flared up when Red Wings coach Mike Babcock couldn’t fathom why players Pavel Datsyuk and Niklas Kronwall would miss a playoff game for their birth of their children. “I would assume both would play,” he said. “Why wouldn’t they? They’re not giving birth; the wives are.”

Such attitudes about fatherhood – right from the inception of the role – speak volumes about a dad’s ranking in the parental pecking order. And employers echo this sentiment in their leave policies.

According to a 2013 report from the Society of Human Resource Management, a mere 15 percent of employers offer paid paternity leave – this despite research underscoring the importance of a father’s involvement in his children’s life.

“From the standpoint of children, we know that dads’ involvement is just as important as moms’ involvement,” said Jody Heymann, dean of UCLA’s Fielding School of Public Health, upon the release of her Children’s Chances, the most comprehensive study to date on global laws and policies that affect children and families. “We also know that when fathers take leave during infancy, they are more likely to be involved in their children’s lives down the road.”

In May 2014, Andy and Erin Durren of Bloomfield Township welcomed their third child in less than a year and a half’s time. Little Charlie joins twin big sisters Ava and Grace. Andy was fortunate to have five days of paid paternity leave, and he took an additional two days of vacation for the C-section delivery of his son.

“I believe that by being involved in the initial days, I am better aware of what’s required of me as a father and as a husband,” says Durren. “With all that women go through following delivery, I can’t imagine a mother having to go through that without additional support both physically and emotionally.

“Strangely enough, I think it is really important to get into the day-to-day operations as a couple. It is tough to figure out that schedule, and having that dedicated time to begin your life as a new family is key to getting through those first couple of months together.”

Recovering from surgery, Erin won’t be able to lift her twin 17-month-olds for a few weeks, making her husband’s assistance all the more important.

“We admittedly have our hands full with the twins and Charlie, and I think Erin just appreciates that I am hands-on in any way that I am able,” Andy says. “While I can’t help her breastfeed (obviously), I am involved in nearly everything else, and those are burdens that would otherwise be shouldered by Erin.”

Although Andy would certainly appreciate additional time off with his family to adjust to life with a newborn, he would be hesitant to take more.

“It isn’t commonplace, and I wouldn’t want that to reflect poorly on me,” he says. “The pressure is definitely more self-inflicted than it is pressure from my company. I think if I took any additional time, I might receive some questions.”

While men are eligible for job-protected leave under the Family and Medical Leave Act (FMLA), like women, they must meet eligibility criteria including working for an organization with at least 50 employees. Also, like women looking to take FMLA, men must have worked in their job for 1,250 hours during the previous 12 months. While FMLA guarantees employees their same or equivalent job upon return, it does not guarantee any paid leave.

In fact, according to the Families and Work Institute’s National Study of Employers, men who take paternity leave are much less likely than women to receive some replacement pay during their leave.

David Pisarra hosts the Men’s Family Law Podcast and thinks men will remain reluctant to take leave or a leave of more than a few days until they see others doing it.

“By taking advantage of his federal rights to family leave, a father is helping other men in the fight for equality of the sexes when it comes to parenting,” Pisarra says. “When a man takes paternity leave, he makes it acceptable for other men to do so as well. Men are team players and they will do what the team does. As the team of fathers begins to assert their rights and privileges, they demonstrate to other men that it is not only acceptable, but preferable to put your child and family before your work.”

Pisarra also feels that by taking leave, dads are teaching their sons how to be a man.

“There is more to manhood than bringing home a paycheck,” he says. “The lessons a man can teach his children start early and need to be recognized by society, and the best way for that to happen is for men to take paternity leave when they need to.”

For her part, Erin Durren is more than thankful her husband was off work and completely focused for the birth of their son and the 10 days that followed.

“I was worried about leaving my girls for four days while I was in the hospital, so it gave me comfort knowing that the girls were still getting time with one of their parents,” she says. “When I came home, both the girls were sick and needed lots of cuddling and attention, and he was able to provide that when I was taking care of the baby. He also helped keep the girls on their schedules, which was helpful as we changed the dynamics of our household.

“Dividing the responsibility as we learned our new normal was really helpful to me. It allowed me to ease into being a mother of three.”

Mad props from the mother of their children may be enough to encourage most dads to take some amount of paternity leave. For those still reluctant, however, researchers urge them to consider the important role they play in the long-term academic success of their children. It’s well known that when fathers take an active role in their children’s education, children are more likely to do better in school and to enjoy school more – and research has indicated that fathers’ involvement with their children pays academic dividends well before formal schooling ever begins.

While Erin Durren may be handling the bulk of care for Charlie during these early weeks, Andy’s time reading to, feeding and simply rocking his newborn son is helping set Charlie on a path to success in more ways than one.