Do Dads Stress Moms Out Even More Than Kids?

According to a TODAY Moms survey, it's true. But is it fair to say to dads stress moms out more than kids? We had a metro Detroit psychologist break this down. 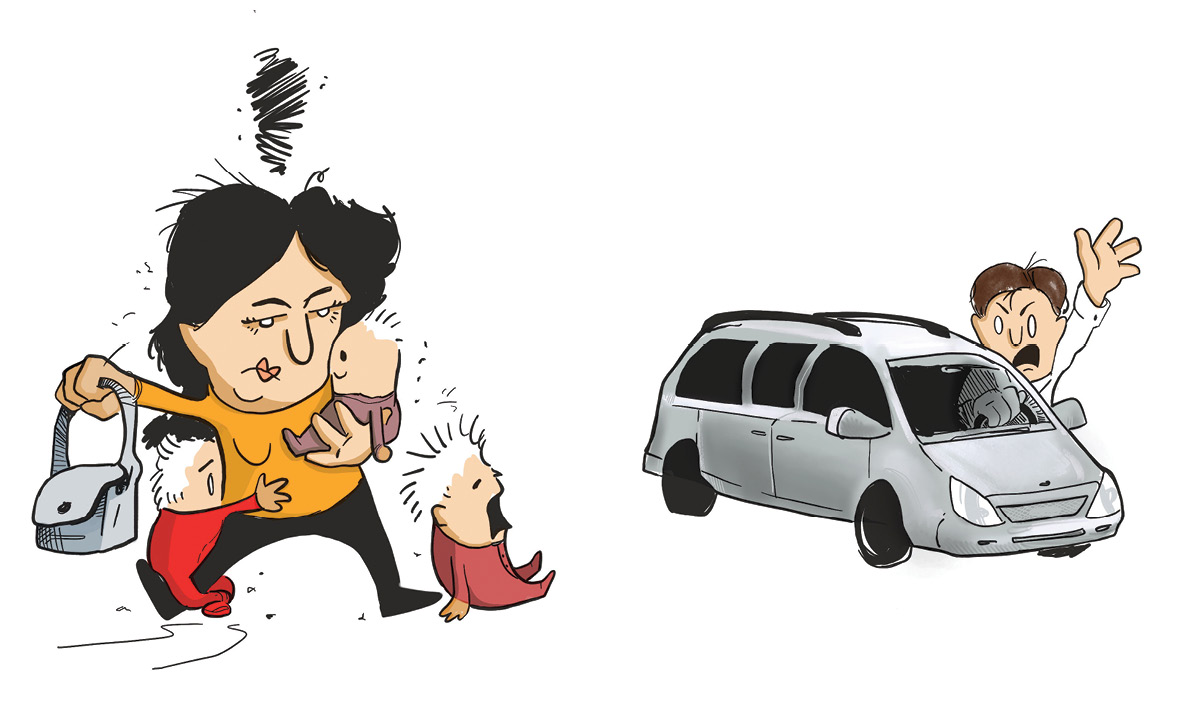 Balancing a career, motherhood and marriage is stressful – at least it is for me. Top to it off, I handle the lion’s share of the housework, in addition to my son’s play dates, pediatrician’s appointments, preschool applications and, well, you get the idea.

As I coordinate every aspect of my family’s lives, I find myself feeling like my husband is another person I have to take care of – much like our almost 3-year-old son. As a result, I get frustrated with him, and that adds to my overall stress.

It turns out I’m not the only one who feels that way. In fact, a TODAY Moms survey of more than 7,000 U.S. women reported that the average mom rates her stress level at 8.5 out of 10, and 46% of women surveyed said their husbands are a bigger source of stress than their children.

The findings, which are several years old but back on our radar here at Metro Parent, aren’t surprising, says Kelly Infante, MA, LLP, a limited licensed psychologist in Allen Park. However, she’s not sure they’re totally fair.

“I will say the biggest thing I’ve noticed both personally and professionally, even when I had kids, is that the father’s life changes very little when the baby comes along,” she says. “They can continue going to work, pursuing their college degree, still hang out with their friends, have their hobbies.

“With women, everything is put on hold. Often, they work significantly less, they no longer have time for their friends, they don’t want to leave the house for whatever reason.”

Navigating a new role, especially if you’ve had a career and hobbies before baby’s arrival, can be difficult for moms. At the same time, dads can often feel pushed aside, she notes. Pair that with an imbalance in parenting and household responsibilities, and it’s a recipe for marital disaster.

“My theory is that there’s a lot of divorces during these early years,” Infante says. “People don’t realize how rough it can be when they are really little because the children’s needs are so high.”

So, how can couples cope? Here, Infante offers advice.

If you feel like all the pressure is on you to keep your household running smoothly, you’re not alone. Three-quarters of the moms surveyed by TODAY said they handle most of the parenting and household duties, while 1 in 5 moms said that not having enough help from their spouse was a major source of daily stress.

What’s driving the issue? It could be a communication breakdown between the couple, Infante says. Does mom think dad is going to get up in the middle of the night to change diapers, or does dad assume that’s his wife’s job? If you don’t have the same expectations, but aren’t communicating what your expectations are, you’re going to have a big problem.

That’s why Infante suggests parents discuss who is responsible for what when it comes to taking care of their children and other responsibilities. Decide this before the baby arrives, but continue to check in with each other and make adjustments to roles as time goes on.

For couples that are currently struggling, Infante encourages them to remember why they got together and decided to have a child in the first place. Remind yourself of those reasons and stay focused on them.

Carve out time to focus on your relationship, too.

“The husband starts feeling pushed away during pregnancy, and I think a lot of times they feel that way because the woman is so busy taking care of the kid. They feel like, ‘What about me?'”

Finding that balance – between being a parent, being a spouse and not letting go of your identity – is hard, but it’s important.

“I think a word I hear from a lot of (moms), even though they love their children and they don’t regret their decision, a lot of times they feel very trapped,” Infante says. “And so I think (they need to) make sure that they still have time for themselves.”

Find ways to decompress, such as taking a fitness class or enrolling at your local community college to learn a language.

Both moms – and dads – should get out and interact with other adults and make sure to keep up with hobbies.

For moms who are struggling to deal with their stress, counseling can also be helpful, Infante says. Also, she says, moms should be open-minded about the possibility of needing medication in the short-term to help with the feelings of stress or anxiety.

Hanukkah celebrations are going to look different this year as families stay home and safe, but you can still make the most of it with the crafts, recipes and events in our at-home Hanukkah Guide.
Read more
MESP