Dealing with Separation Anxiety and Kids

Many children grapple with separation anxiety, but there are ways parents can help them overcome it. 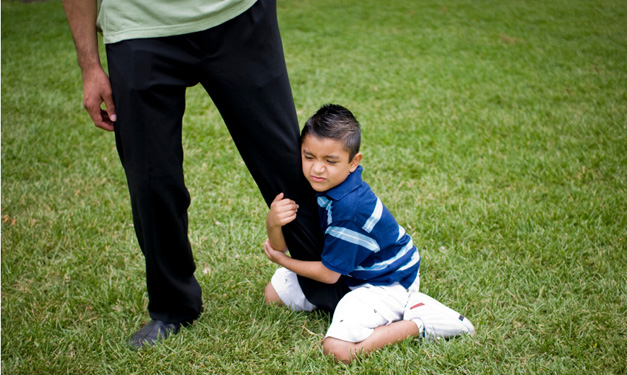 It’s a scene in many kindergarten classrooms: Moms and dads stand in the hallway as kids are getting upset about having to leave their parents. Pretty standard, right?

But what some parents may not realize is that kids can have separation anxiety well into their elementary school years. It’s OK to have that nervousness; parents just need to know what to do.

Dr. Richard Solomon, a developmental and behavioral pediatrician for Ann Arbor Center for Developmental & Behavioral Pediatrics, says it’s normal for kids to have fears about leaving their parents. He said parents can help by being understanding and yet encouraging their children to have new experiences without them.

“Parents need to recognize their child’s anxiety,” Solomon says. “You can give them attention – but at same time, promote independence.”

Solomon says that parents need to balance their reactions to their kids; they can’t be too careful, but they can’t push too hard, either.

Another way to help kids become more independent is to give them their own responsibilities, such as picking up after themselves, says David Benson, a Grosse Pointe Farms clinical social worker.

“Sometimes parents do everything themselves, and it doesn’t create independence in the child,” Benson says. “The key thing is to help the child become more independent, even at an early age.”

But although stress about separation is “natural,” dealing with it can be difficult for both children and parents. Solomon recommends that parents stay neutral, though, and not get emotional themselves.

“It is very important to give subliminal messages of confidence to children,” Solomon says. “When parents give in, when a child could have handled it, it’s a message about the lack of confidence in the child.”

For instance, if a child is getting worried because he or she doesn’t want to go spend the night at a friend’s house and the parent gives in and lets the child stay home, the parent is giving a “message” that their son or daughter can’t handle the situation.

“If the child can handle the situation, they should be encouraged,” Solomon says.

However, even after a child gets through the initial difficulty of going to a new school or playing at a friend’s house, it is important to realize that these types of anxieties come and go throughout everyone’s lives, and that it is not a one-time event.

“We’re always having to face challenges,” Solomon says. “Life is a series of developmental steps that inevitably brings anxiety. As you grow, you face anxiety, and it’s quite natural.

“We have a lifelong process of feeling relatively insecure with ourselves. We can’t achieve anything without being insecure just a little bit.”