Depression After Adoption: Why It Happens and How to Cope

Post adoption, depression can set in for many. Local therapists who work with adoptive families address what can cause it and what you can do to treat it. 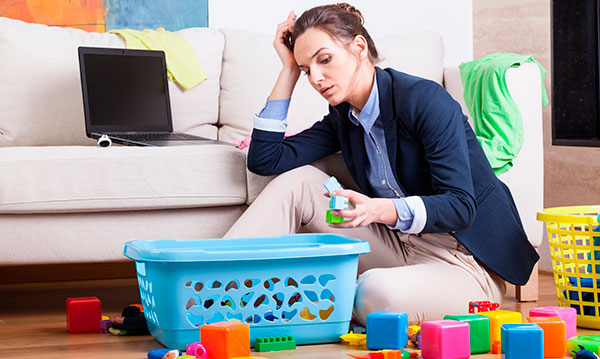 Adopting a child is so exciting – and yet it’s such an emotional rollercoaster for many parents who are waiting to bring their new child home.

For these reasons, it’s not uncommon for a newly adoptive parent to feel some depression after adoption. One source even estimates up to 65 percent of adoptive mothers experience some sort of depression at some point. Sometimes, though it’s not a clinical term, it’s referred to as Post-Adoption Depression Syndrome.

Though not by that term, “definitely I’m familiar with post-adoptive mental health issues with parents, and depression is one of them,” explains Heather Brown, a therapist at Brown Counseling, LLC in Detroit who has worked with foster and adoption families.

“(It’s) very, very common to go through a lot of emotional changes once the adoption is completed and (that’s) very understandable,” she notes.

While it can be different for all adoptive parents, Brown notes there are a number of contributing factors when parents experience depression after adoption.

“You’re working so hard. Adoptive parents work so hard and wait so long” – be it working through the foster care system, waiting for an infant or waiting for a child overseas. “It can be excruciating, the process and the emotional toll that takes just waiting.”

Once the adoption happens, she says, “you’re now living with a new child and your life is completely different than it was before. All that tension and build up and reason for going about things now have to be re-ordered. It’s just a major emotional shift that can trigger a depression state.”

She emphasizes that just like parents who birth their own children, the lifestyle change and maybe the grief of the experience is a huge adjustment, and adoptive parents experience similar feelings.

Add to that the possibility that parents could have unrealistic expectations for the bonding experience and love they’ll feel from their adoptive child – “and depending on the child and where they’re from and what their early experiences have been, it can be really, really, really challenging to have a loving, affectionate relationship – or even have any order or routine in your home.”

Lisa Gutierrez, an outpatient therapist at the Judson Center Macomb County location in Warren, says especially when adopting out of foster care, “some kids … may have attachment disorders and they’re not bonding with that parent.” Parents may not be aware of how much past trauma can impact a child and how that changes the way you parent, she says.

Brown, who also specializes in trauma counseling, notes other contributing factors include traumatic experiences of the past. Adopting a child can sometimes bring up trauma from mom or dad’s own childhood that was never addressed, or even cause secondary traumatic stress upon hearing what your adoptive child lived through in the past with abuse or negative situations, despite having never faced it firsthand.

Another element could be the social and cultural stigmas surrounding adoption and being an adoptive parent. “That really can be a casual or contributing factor to the depressive or traumatic stress,” Brown says. Thoughts of being judged and self-judgment “can be really intense.”

Brown says adoptive parents can identify post-adoption depression by quite a few signs. Those include: Decreased mood, feeling down, feeling “numb to life is a common way people might describe it,” a lack of interest in activities, change in energy level, changes in sleep and appetite, increased irritability all the time “that doesn’t subside” (continues daily for two to four weeks) – along with any feelings of guilt or hopelessness.

Severe cases would also include thoughts like suicide or harm to your child. “This isn’t something people ever want to feel or want to think about but it does happen,” Brown says.

Similarly, signs of traumatic stress of post-traumatic stress disorder (PTSD) could include difficulty sleeping, nightmares, jumpiness and terrifying and anxious thoughts. Plus, “all those depressive symptoms, those are also part of trauma reaction.”

Brown’s advice to parents experiencing any of these symptoms? Don’t wait to find professional help.

Parents aren’t always good at this. She compares it to the oxygen mask scenario. “They’re so focused on their little ones, that they want to have a beautiful life, that if they start feeling awful they won’t put the mask on themselves,” Brown says. “That’s really important to not ignore for parents.”

Seek professional help, such as a therapist who had knowledge in adoption issues and trauma, with which to talk, she suggests. Gutierrez suggests seeking a family therapist, too, who can work with both parent and child.

“Understanding what’s happening and where it’s coming from makes a big difference in helping themselves and getting the help they deserve,” Brown adds.

If your child is having issues adjusting, seek help for them, too. “Understanding more clearly why the child’s having the problem they’re having so the parent can genuinely empathize,” Brown says.

Also, she notes, parents should be “giving themselves permission to do things that help them cope,” like maybe taking a walk alone or skipping dish duty to get some sleep.

Keep in mind that bonding with your adopted child and establishing normalcy again takes time.

Gutierrez adds parents should “pick their battles, in a way.”

“I know sometimes they get so caught up in the things that aren’t working in the house that they forget to have fun with their kid and just let the little things go,” Gutierrez says, noting parents should take time to create a bond by setting aside time to do something positive, like playing a game or spending time at the park.

Ultimately, adoption and the feelings associated can be complicated, and the best way to deal with it is to have a support system around and to stay connected with resources, people and services that understand the uniqueness of adoption.

“It can be a relief to be done with all the professionals in your life,” Brown says, but as the saying goes, it takes a village – and in this case, sometimes beyond friends and family. “People who really understand what it’s like to deal with a lot of the adoptive parenting challenges that are completely normal.”

To learn more about adopting kids and the unique challenges associated, including mental health disorders, Brown suggests visiting her website, as well as the Beyond Consequences website, the National Child Traumatic Stress Network website, and the National Institute for Trauma and Loss in Children site.