Do You Really Know Who Your Kids are Friends With Online

Teens develop opinions with the help of their friends. But what if that friend is an anonymous online pal with views you don't want your kid to have? 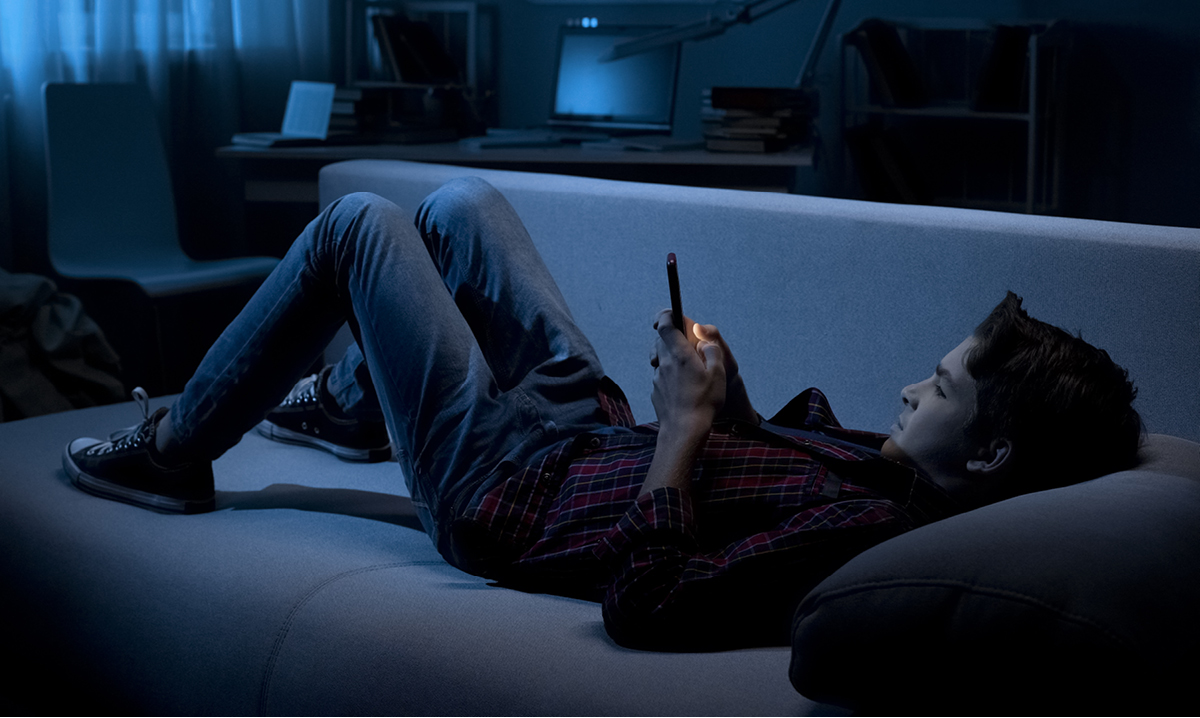 Back in August, California mom and writer Joanna Schroeder posted on Twitter that her sons were being unknowingly influenced by white supremacists that they had interacted with online.

In that post, she explained how and why she thought this happened and, in October, she told CNN that a meme about the Holocaust in her son’s Instagram feed is what tipped her off to the trouble.

While this example of online influence is extreme, it is not uncommon for kids to form opinions – both positive and negative – based on what they see from their friends. And for kids in 2020, this includes the anonymous ones they meet and interact with behind a screen.

How can parents keep tabs on who their kids are interacting with and how they are being influenced while online? We spoke with Kim Spampinato, a licensed professional counselor with Great Lakes Psychology Group in Troy, to find out.

The first thing that parents should know, according to Spampinato, is that anyone can be influenced by what they see online.

“I think every child, any user is influenced by what they read, what they see and how others respond to it,” she explains. “The interesting thing is how people learn if they are being influenced or not is usually by the responses they get from other people.”

This means that kids might not necessarily know they are being influenced until someone calls them out on their new belief.

“If a child reads or sees something and they see the majority of comments are either supportive or unkind comments, it could change their opinion,” she says. “It scares them when they think they’re the only one that feels this way or that they’re the only one that believes it. Every now and then you get a strong child that cares they are the only one but they don’t crumble to the pressure, but I think when they see that they aren’t in the likeminded majority, the first thing it does is scare them.”

Of course, developing your own opinion on something isn’t always a bad thing, depending on the topic. But having a system in place when potential negative influence does arise is a good way to keep kids from shifting their beliefs, Spampinato says.

“I think it can be problematic without a place they can go to check and see what they’re reading, seeing and believing is really true to what they are,” she explains. “It’s easy to get swept up in the majority, and if there isn’t a place for kids to go back to, you can really lose sight of who you are when you’re trying to be who everyone else is online.”

Kids these days spend so much time on devices that it can be hard for parents to keep track of what they are doing on them. If they aren’t acting like themselves or experience distress or physical ailments after spending time online, though, it could be a warning sign of potential negative influences.

“Pay attention to how they behave or respond to certain types of platform or social media,” Spampinato says. “If they are smiling, laughing or joking about things that they are seeing, it’s typically a healthy.

“But if you start to see that your child can’t be pulled away from any screen or that they don’t want to talk about what they are seeing, if they are whining about what they see online, if they are making demands – or if their sleep patterns change, they are having headaches, stomachaches; if things start to change about their personality or if they’re hiding, shamed or lying about it – those are concerning signs.”

If you start seeing these signs – or if you are concerned about online influences in general – Spampinato recommends parents install parental controls on their child’s devices. Keep devices in open living spaces, too, not in a closed bedroom, so you can watch their facial expressions, mood and personality while online.

Parents should also talk to their children about what they see online, especially if the child ask about it, and model behavior that they want to see from their kids.

“If a parent doesn’t want their child to learn about something, the peer perception and the belief system is reinforced,” Spampinato says. “Have that conversation so you can hear more from the child and come up with coping strategies (and) teach kids they are somebody, not everybody.”