Drug Guide: Definitions and Effects of Popular Types of Pharmaceutical and Street Drugs

To ensure teens aren't experimenting with dangerous substances, parents need to be aware. Here's a roundup of the top popular drugs among kids. 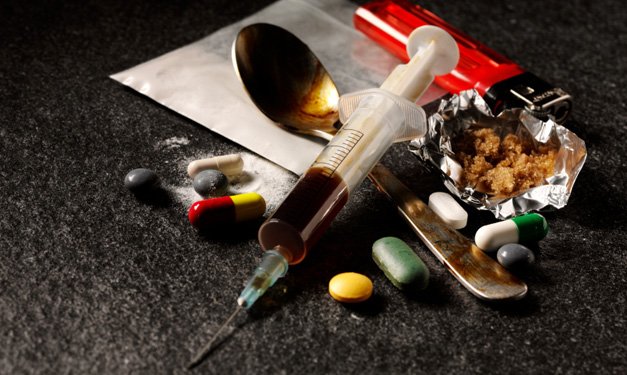 Parental involvement is key to keeping kids from trying drugs – and talking to kids about the dangers of pharmaceutical and street drugs is one of the first steps in doing so. But in order to start the anti-drug dialogue with your teen, it’s important to be educated on today’s popular and prevailing drugs.

As highlighted in the August 2012 Metro Parent article about teens and drugs, which covered the K2 ban and other drug trends, there will always be a “drug of the day.”

So – what the heck are salvia, Rohyphnol and kreteks? Learn about these, and other type os pharmaceutical and street drugs here in our guide. All information below is from U.S. Drug Enforcement Administration fact sheets, unless otherwise noted. The list of drugs was compiled based on what drugs were discussed in a recent “Monitoring the Future” national study by the University of Michigan in Ann Arbor, which records teen drug trends. Find the 2017 Drugs of Abuse guide from the DEA here – and browse the results for the 2016 Monitoring the Future survey here.

An amphetamine prescribed to treat Attention Deficit Hyperactivity Disorder, or ADHD. Amphetamines can look like pills or powder and can cause high blood pressure, hallucinations, mood swings and other symptoms similar to those of cocaine.

These synthetic stimulants are often marked as “plant food,” “research chemicals,” “glass cleaner” and labeled “not for human consumption.” They are manufactured in East Asia and are distributed and wholesale levels around the world at smoke shops, head shops, convenient stores, adult book stores, gas stations and even on the Internet. They are primarily snorted, but can also be taken by mouth or smoked and cause hypertension, seizures, paranoia, hallucinations and delusions along with confusion and aggressive, violent or self-destructive behavior. Recognize them from their street names “bliss,” “cloud nine,” “meow meow,” “purple wave,” “stardust,” “white dove,” “white knight,” “white lightning” and others.

Also known as “coke” or “crack,” cocaine is typically distributed as a white powder. This highly addictive drug is snorted or injected after it has been dissolved in water. The drug has a “euphoric” effect on the user and causes excitation, anxiety and irritability. Cocaine is derived from coca leaves grown in South America.

Crack, or “cocaine base,” looks like white chunks or “rocks.” It is smoked and has the same effects on the body as cocaine powder. (See “cocaine powder,” above, for more information on effects and origin.)

Ecstasy, or MDMA, is a stimulant and psychedelic drug that is seen in the forms of tablets that look like candies, capsules, powder and liquid. Also known by the names of “disco biscuit,” “X,” “Hug Drug” or “Molly,” this drug alters the user’s perception, promotes euphoria and sexuality, and causes an “energizing effect.” MDMA is a synthetic chemical created primarily in Canadian labs and smuggled into the United States.

GHB, or Gamma-Hydroxybutyric acid, is also generic sodium oxybate. GHB comes as a clear liquid or white powder substance in small bottles. Users typically put it in drinks such as water or alcohol, making it one of the so-called “date-rape drugs.” The drug depresses the central nervous system, causing euphoria, confusion and memory impairment. GHB is produced in illegal domestic and foreign clandestine labs.

This highly addictive opioid is sold as a white or brownish powder or a black sticky substance and causes a surge or “rush” or euphoria and a state of both sleep and wakefullness. It is derived from morphine and poppy plants grown in Mexico, South America, Southwest and Southeast Asia and Myanmar. It can be injected, smoked or snorted and goes by “big H,” “black tar,” “chiva,” “hell dust,” “horse,” “negra,” “smack” and “thunder.”

Inhalants, or “huff,” are chemical vapors found in household products such as glue, cleaning products, spray paint, felt-tip markers and cooking spray. Users breathe the chemicals in through their nose or mouth to feel a buzz similar to the effect of alcohol, including slurred speech, dizziness and euphoria. Users may inhale through bags, rags or balloons. Abuse can cause damage to the brain, such as impairment or dementia.

This “dissociative anesthetic” is a “club drug” that causes its users to “feel disconnected,” the DEA says. Other names for ketamine include “jet,” “cat tranquilizer,” “Kit Kat” and “Special K.” It is a clear liquid or white powder distributed in small bottles, capsules or small bags. A user’s perception of surroundings and their sight and sound are often distorted. The drug can cause hallucinations, amnesia and sedation. Ketamine has been around since the 1970s, when it was used as an anesthetic for humans and animals, so it is often stolen from veterinary clinics.

Kreteks, according to the Centers for Disease Control and Prevention, are also known as clove cigarettes. The mixture of tobacco, cloves and additives are usually imported from Indonesia, the CDC notes. Kreteks, which are smoked, contain more nicotine, tar and carbon monoxide than regular tobacco cigarettes, and smoking kreteks can cause lung injury or infection, the CDC adds.

LSC is a hallucinogenic drug taken orally. It is sold in the form of tablets, liquid and capsules, but it can also be used on absorbent blotter paper. Other names for LCD include “acid,” “dots” and “mellow yellow.” The drug causes high blood pressure and an increased heart rate, and triggers a “trip” similar to other hallucinogens such as PCP. LSD is produced in the United States in secret labs.

Marijuana is a psychoactive drug, meaning it is mind-altering. It is derived from the Cannabis sativa plant and is smoked as a joint cigarette or in a pipe or bong. It can also be dried and cooked into cakes or brownies. Marijuana is a shredded mix of stems, seeds and leaves, contains more than 400 chemicals, and is usually a brownish-green color. Other names for marijuana include “blunts,” “dope,” “herb,” “pot,” “reefer,” “grass,” “skunk,” “Mary Jane” and “weed.” It is grown in North America, South America and Asia, both indoors and outdoors. It causes a disinhibition, enhanced sensory perception and heightened imagination but is also legal in some states for the medicinal treatments of nausea associated with chemotherapy, some cancers and to stimulate the appetite of AIDS patients.

Also known as “meth,” “ice and “speed”, methamphetamine is an addictive stimulant. It comes in pill or powder form, but crystal meth looks like bluish rocks. Meth can be used in a variety of ways. It is usually swallowed or snorted, but can also be injected or smoked. Meth stimulates the central nervous system and causes a rush when injected – but a long-lasting high when ingested or snorted. Methamphetamine is created in secret labs in the United States, but is mostly manufactured in Mexico.

OxyContin, or Oxycodone, is a narcotic. The drug is usually taken orally, but the tablets are also crushed and sniffed, injected or mixed into drinks. Abusers of this drug experience euphoria, sedation and pain relief. Effects of this drug are said to be similar to codeine, meth and morphine. Oxycodone is partially made with thebaine from the poppy plant and goes by other names like “hillbilly,” “kicker” and “oxy.”

This small, spineless cactus found in northern Mexico and the southwestern U.S. contains the hallucinogen mescaline, which causes illusions, hallucinations, altered perception of space, time and body image, euphoria and anxiety; plus intense nausea, increased heart rate and blood pressure and impaired motor coordination. It is mainly chewed or soaked into a liquid, but can also be ground into powder or smoke, and is also known as “buttons,” “cactus,” “mesc” and “peyoto.”

Provigil, or modafinil, is a drug used to treat narcolepsy, according to the U.S. National Library of Medicine. Modafinil is meant to be taken orally and can be habit-forming, the library notes. According to a WebMD article, “Provigil blocks dopamine transporters,” which “increases the amount of dopamine in the brain – the brain’s ‘reward’ mechanism.”

This chemical is found in certain types of fresh or dried mushrooms grown in Mexico, Central America and the United States. Commonly referred to as “magic mushrooms” or “shrooms,” Psilocybin causes hallucinations, the inability to tell fantasy from reality, panic and psychosis and is ingested orally.

Ritalin is a methylphenidate stimulant and looks like amphetamines because it comes in pill form. According to the U.S. National Library of Medicine, Ritalin is used to treat Attention Deficit Hyperactivity Disorder (ADHD), and is also used to treat narcolepsy. Methylphenidate comes in tablet, capsule and liquid form and can be habit-forming, the library notes. Stimulants cause a “rush” sensation and allow the user to get a high. Stimulants are also known as “crank,” “R-ball,” “speed” or “uppers.”

Rohypnol, or flunitrazepam, is a depressant that targets the central nervous system and is known as a “date-rape drug.” It’s an olive green pill with blue specks. Rohynol, also known as “roofies,” “forget pill” or “roaches,” has a sedative hypnotic effect on users, causes amnesia, confusion and impaired judgment. Rohypnol has been used to debilitate victims of sexual assault. It is often crushed and dissolved in drinks, swallowed whole or snorted. Rohypnol is made in other countries, such as Mexico, and smuggled into the United States.

Salvia divinorum is a perennial herb that has hallucinogenic effects when chewed, smoked or vaporized. The herb – also called “Maria Pastora” or “Sally-D” – is a part of the mint family and is native to Oaxaca, Mexico, but can be grown indoors and outdoors. Salvia can cause hallucinations, uncontrollable laughter, fear, panic and loss of coordination.

Steroids are synthetic variants of the male hormone testosterone, and are often used to enhance muscles, physical performance and appearance. Steroids – also known by the names “juice,” “Arnolds” and “roids” – are available in a variety of forms, such as tablets, gels, creams, injectable solutions and patches. They are usually injected or ingested. Steroids cause dramatic mood swings, impaired judgment and aggression. Abusers who stop taking steroids often experience depression. Abuse can cause physical changes in men, including shrinkage of testicles and sterility, whereas women can develop a deep voice, increased facial hair and male pattern baldness. Steroids may be prescribed, but they are usually smuggled into the United States or ordered on the Internet.

Also known as K2 or “spice,” synthetic marijuana is a mixture of herbs sprayed with chemicals. Synthetic marijuana looks like potpourri and comes packaged in small, shiny bags. Users of synthetic marijuana abuse it by smoking it or drinking it in tea. The psychological effects are similar to those of marijuana (see “marijuana” for effects). The synthetic drug has been banned in many states – including Michigan as of June 2012. However, the drug, which was sold at some tobacco shops and gas stations, can still be found on the Internet. It is not certain where K2 is manufactured.

This narcotic is a prescribed opioid, and is a combination of hydrocodone and acetaminophen. Hydrocodone usually comes in tablet or capsule form and causes euphoria, sedation and alters pain perception. Vicodin is sometimes referred to as “Vikes.”

* = Prescription drugs not used according to direction

For more facts on these and other drugs, explore the U.S. Drug Enforcement Administration fact sheets or visit Coalition Against Drug Abuse.