Embracing Anger and Negative Emotions: Why It Matters for Kids 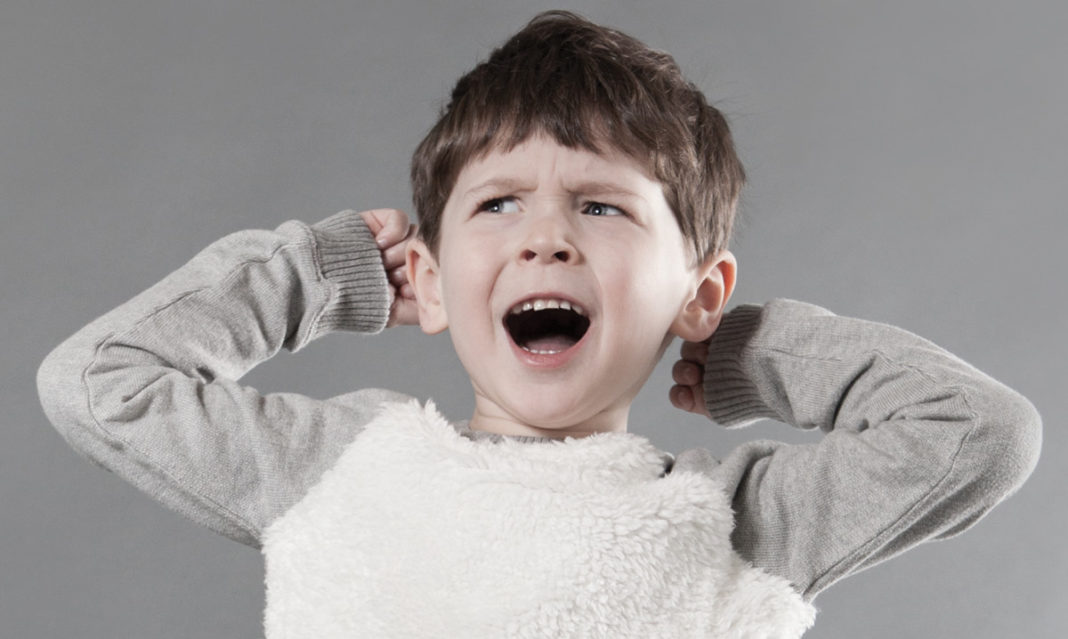 I’ll never forget the time my dad blamed my frustration on my period.

I was maybe a sophomore or junior in high school. I had an attitude and a rather tumultuous relationship with algebra and my teacher.

I was irritated with my homework, but I had to do it before I could go out with my friends. I was screaming and crying that I didn’t understand it – and I know I was pushing my parents’ buttons.

My dad ended up getting as frustrated at me as I was with the letters and numbers mocking me from my textbook and said something like, “Why are you acting this way? Is it that time of the month?”

I was shocked for a moment but then got angry and blurted, “No, dad, my vagina isn’t bleeding. I guess I’m just too stupid to understand it” — and stormed off to my room.

He let me cool down and knocked on my door a few minutes later, apologizing. I took a break from my homework and we decided to call my older sister, who is exceptionally brilliant at math, to come over and help.

Looking back, I know I was a pretty bratty kid and I spent a lot of my time rebelling and testing my parents. They did the best that they could, but sometimes, like this time, I pushed a little too far.

Fact is, a lot of well-meaning moms and dads fall into the social trap of shutting down their kids’ emotions and how they react to them.

Boys get told to “man up” when they’re feeling sad or scared, and girls are called “dramatic” when they’re angry and upset. Or parents simply minimize these negative feelings and tell the child to quit with the emotion altogether.

But as local children’s mental health experts Eric Herman and Jonathan Marin tell it, that’s not always the best way to handle it.

Why the emotional snubbing?

To Herman, a clinical psychologist with Children’s Hospital of Michigan in Detroit, a parent’s reaction to kids’ emotions may have more to do with the mom or dad’s emotions in that moment – not the child’s.

“I think they themselves don’t know how to handle a situation, or they are worried that they are doing it wrong, or they want to be liked,” the father of 17-year-old twins says. “Some emotions are uncomfortable and we don’t want to talk about those things.”

But when parents avoid talking about negative emotions like anger, fear or jealousy and stymie kids, they are taking away the child’s full ability to understand and experience that emotion.

And that can become a huge issue for the child.

“If people are told they can’t experience their emotions — or, worse, that they aren’t feeling what they are feeling — they can get confused, and it can be harder for them to manage their emotions,” explains Marin, who has a 14-year-old son and works as a clinical social worker with C.S. Mott Children’s Hospital in Ann Arbor. “That process in itself is harmful, and it causes distress across the board.”

Herman adds, “You grow up feeling that your feelings are not that important, so you go on to struggle with them. You can have relationship problems and can even end up doing the same thing to your kids, because that’s how you were raised.”

Nuance is powerful here — whether it’s in the way parents say something or, conversely, what kids wind up not saying as a result.

“No one sat me down when I was 6 and said I’m not allowed to cry,” Marin explains. “You get a subtle message” along the way. And, once this child is dismissed, he or she might not ever return to that emotion with you. “The kids just stop talking. (They) don’t feel safe to share what they’re thinking and what they’re feeling with you,” Herman says.

Jessie Hishon of Grosse Pointe Park admits to experiencing this with her daughter, who was 10 years old at the time of this article’s publication.

“I can think of hundreds of times when I have shut down her emotions,” she says. “The longest ongoing issue is that my daughter can say very negative, self-defeating things and often hits herself.”

To counter, Hishon initially would hug her daughter and sought the help of a child psychologist, who instructed her to talk to her daughter about the behavior after the fact.

This gave Hishon some insight into her daughter’s actions and the tools she needed to help her, but it didn’t quite curb the behavior.

“Eventually, I began yelling at her to ‘knock it off’ and even punished her by making her stand in the corner until she calmed down, sending her to bed early or grounding her from electronics,” mom explains. “That’s when I finally began to see a decrease in the behavior.”

Still, it hadn’t solved the problem.

“Although my daughter stopped hitting herself in front of me, I caught her hitting herself while alone in her room when she didn’t think I could see or hear her,” Hishon says. “The behavior didn’t stop; she just got smart about doing it.”

It’s just one example of the shut-down kids can undergo.

This sort of emotional brushoff is something both boys and girls experience, though they tend to experience it with different emotions.

But suppressing the initial emotion only causes more emotions to bubble to the surface.

“It took me a long time to realize that sometimes when women cry, they’re crying because they’re trying not to be angry,” Marin says. “I think when boys feel scared or sad they’ll lash out in anger, because that’s more acceptable.”

Acknowledge and allow both boys and girls to experience all of their emotions so they know how to handle them. And if the secondary emotions do pop up? Treat the cause, Marin says, not the symptom.

Of course, there are ways parents can be a bit more accommodating of their kids’ emotions — even when they’re emotional, too, or don’t want to deal with it in the moment.

Marin says parents should first validate the child’s feelings – which can be hard to do especially if the parent is also upset – and then open a dialogue.

If you lose your temper or simply don’t have the time in the moment, he recommends returning to the child later, apologizing for your reaction or lack of time, validating their feelings and then opening the dialogue.

Herman adds it’s important to avoid focusing on the emotion or blowing it out of proportion.

“Some parents start watering the weeds and end up making the child anxious. Parents that indulge the emotion help to make the kid kind of stuck or overvalue those feelings. Feelings are great, but they are feelings and they change. They give us information, but we still have to get back to doing the best thing to do.”

And sometimes, when the child is inconsolable, it’s best to step away and let them cry or work through their emotions – like Justin Baldoni did at a Whole Foods store last June in a photo that went viral. In it, the Jane the Virgin actor stands, alongside his dad, calmly staring down at his toddler, who’s having a full-blown on-the-floor fit.

“I try to remember to make sure my daughter knows it’s OK that she feels deeply,” Baldoni wrote in his social media post. “It’s not embarrassing to me when she throws tantrums in the grocery store or screams on a plane. I’m her dad, not yours.”

Herman affirms: “If someone is melting down, there’s not much you can do, and talking makes it worse. Disengage, get calm, wait until they’re calm and then talk to them.”

As for Hishon, she recommends doing your best and learning.

“We talk about how we both behaved, and sometimes we talk about ways we can communicate in the future to prevent yelling,” says Hishon, who also wishes she wasn’t so hard on herself about the times she did brush off her daughter.

“There are no clear-cut answers about why kids act out or what you should do the first time around,” she says. “It’s all a learning process. I made a lot of wrong choices, but every trial and error experience brought me closer to a better method the next time around.

“The truth is, (my daughter) makes her own choices and I can’t control it. I can only control how I handle them.”

Say this — not that

It can be challenging to not “shut down” kids’ negative emotions in the heat of the moment, especially if it has become a habit.

Fear. Instead of telling your kid not to be afraid of the monster under his bed, Herman says, talk to your child about why they’re really afraid.

“It’s not about the monster. It’s about the fear,” he says. A better starting question is, “Do you think that mom and dad would let you sleep if you weren’t safe?”

Anger. It bucks cultural convention, but you shouldn’t try to calm a child having a meltdown – or talk to a child about their anger when you’re angry.

Instead, Marin recommends modeling with your own behavior and stepping away until you’re calm. When you return, validate the fact that your child was angry – “I understand you were feeling angry” – and get to the bottom of the anger, asking, for example, “Was (insert scenario) the reason for that?”

Sadness. Jessie Hishon of Grosse Pointe Park has a tween with a colorful imagination. Mom uses that to her advantage to help her daughter embrace happiness when she’s sad.

“I told her to change the scene and picture her mind as a field. That tiny bit of happiness is like an acorn, and the negative thoughts are like weeds. If you don’t take care of your field, the weeds will grow thick and tall and cover the ground and the acorn will rot away,” she explains. “Now when I hear my daughter say negative things, I remind her that those are weeds trying to grow, or I ask her, ‘Are you watering your tree?'”