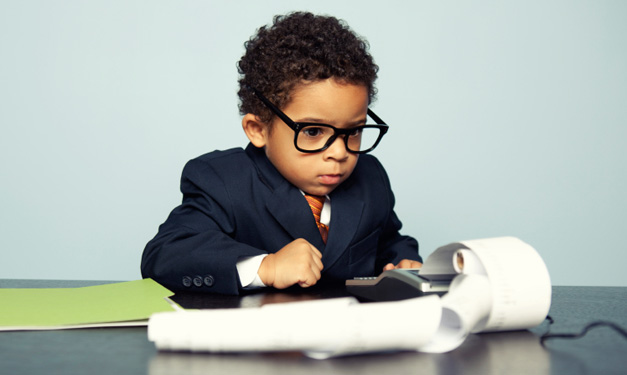 A small gesture of kindness can be a deposit in your child’s “emotional bank account.” Author Stephen Covey detailed the importance of this concept in his classic book, The 7 Habits of Highly Effective Families. It’s similar to a financial account – yet not as easy to determine the balance as a bank account.

What is an emotional bank account? With EBAs, parents generate individual deposits to each child. Deposits must be made daily to cover any withdrawals and maintain a positive balance. If overdrawn, parents also pay. But instead of money, the cost is their children’s confidence and happiness – something that could impair them well into adulthood.

One day, a mother and her teen son entered Abundant Life Counseling Center in Southfield for guidance from Dr. Sabrina Black, the center’s clinical director. Black asked the boy what he would like to talk about.

“Every time I asked him a question, the mother would answer,” Black recalls. “This child didn’t have a voice because his mother took it.”

After meeting the pair separately, Black discovered the boy felt stifled by his mom – who was violating Covey’s rule to understand the individual. Upon realizing how she was affecting her son, the mother worked patiently to listen to him and chose encouraging words. Over time, the relationship grew strong.

Understanding a person leads to understanding actions. Black urges parents to give their kids an opportunity to explain what they were thinking in a situation.

“It’s good for parents to know about their children,” says Joan Blount, who was facilitator for the Skillman Center for Children in Detroit, which is part of the Merrill-Palmer Skillman Institute at Wayne State University.

Blount once worked with a mom and her 7-year-old, who didn’t get along. The two filled out personality charts and found they had opposing temperaments. Blount recalls the mother said, “I don’t feel any better about her, but at least I know why.”

If parents work to understand the temperament, personality, abilities, interests and even dreams of each child, huge deposits can be made into the child’s EBA.

It’s flattering to a child for parents to pay attention to things important in his or her world. “Children are very sensitive to parents paying attention,” says Blount – who notes that it’s a sign of caring.

Parents can learn about what matters to their kids simply by observing them, Blount adds. For instance, a toy put out of the way shows a lack of interest. If a child talks about something over and over again, it means that subject matters to him or her. But if a parent doesn’t pay attention, the message may be lost.

Attending to the little things requires observing what’s important to each child and acknowledging it. Covey – who, in addition to being a best-selling author and personal improvement leader also is a father of nine! – says in The 7 Habits of Highly Effective People that a child who feels understood will become more eager to cooperate with rules and responsibilities.

When Black’s father said, “Go clean the kitchen,” she knew it meant more than putting her dirty plate in the sink.

“For my dad, cleaning the kitchen meant putting food in containers, washed pots, cleared table, swept and mopped floor,” she recalls. The children knew exactly what he expected by these few words, because he took the time to explain.

If parents do not explain the desired result, Black says, children get reprimanded for not understanding. By writing down exactly what is expected of each child, then giving instructions at the child’s level, parents avoid frustration. In turn, children understand what the parent wants.

Lisa Kudwa, a mom of six in Davison, agrees. “When it comes to chores, we have charts, and the children know what they need to do each day,” she says. Kudwa determined appropriate consequences for not complying. Parents must also honor the rules to earn trust and respect from their children.

Showing personal integrity, keeping commitments and apologizing sincerely all add “lump sum” deposits into the child’s emotional account. All three fit into the category of, “Do as I say and as I do.”

“A child will learn to trust that you will do what you say when you’re consistent,” Black says. Kids watch parents and constantly record their words and actions in their mental databases.

When you find yourself acting contrary to your own rules, an apology is important.

“Children need to know you are fragile and you can be wrong,” Black says. She doesn’t believe parents should confess all their faults to their children, but says it’s key to acknowledge mistakes, ask for forgiveness – and then drop the issue.

“One of our main roles is that of a role model,” adds Blount. If parents use manners, their children will say “please” and “thank you.” If parents show respect, kids will respect back. If parents demonstrate responsibility, kindness, gentleness, patience and self-control, children will do the same.

Covey says parents should make a commitment to deposit at least three times daily into each child’s EBA. The result will be a more peaceful, loving and cooperative home. No overdraft protection needed.

This post was originally published in 2012 and has been updated for 2016?