This metro Detroit mother out of Canton is aiming to rev up kids' inner inventors with her series of Li'l Booger Buddies Inventors books. 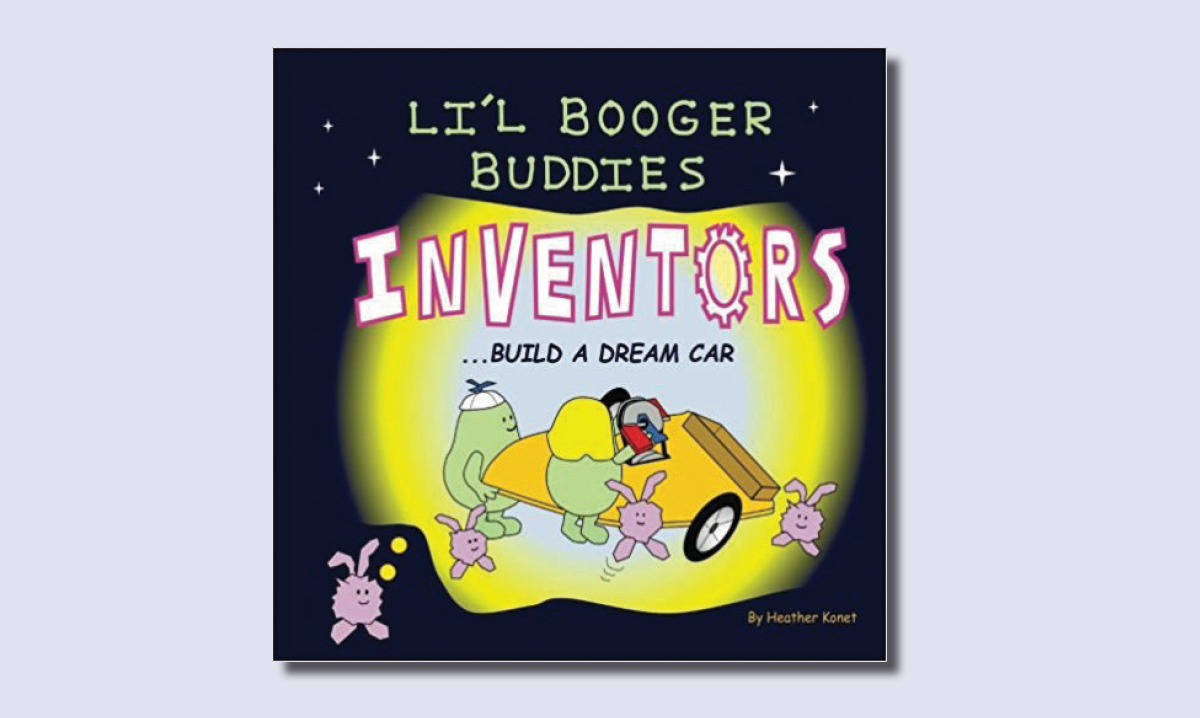 Most kids dream of invention when they’re young. As they get older, though, it might seem like a less feasible goal. But it wasn’t for Canton mom of two Heather Konet – and she’s sharing that with kids in her Li’l Booger Buddies Inventors book series.

It’s Konet’s way of inspiring kids everywhere to keep thinking big. And she’s one highly qualified woman for the job.

After all, Konet is an automotive engineer with 22 patents of her own, with most of her inventions focused on advanced auto industry technology.

“I’ve always been interested in drawing, designing and building, and I think it’s just something that I learned early on,” she says.

“My parents would just give me stuff from around the house to build with, and that’s one of the inspirations behind the books.”

Konet is the author and illustrator of four self-published children’s books about invention (plus one on self-publishing!).

Her Li’l Booger Buddies Inventors series aims to get kids interested in invention and show them just how possible it is.

“My kids like funny books. I was trying to come up with books that would introduce STEM concepts but in a fun way where kids are having a good time reading them,” she explains.

That early exposure is key. “It builds their confidence and encourages them to become interested in engineering and science early on.”

So far, her series has books centered on outer space, helping a friend, going to school and building a “dream car.”