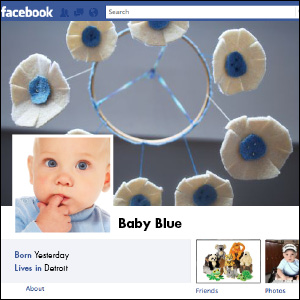 Kids across southeast Michigan – and the globe – who are younger than 13 could soon be joining the millions of high school students, college students and adults using Facebook.

Currently, Facebook specifically states that in order to create a profile, individuals must be at least 13. Profiles created by children who are tweens or younger – including profiles made by parents for children – are in violation of the site’s “statement of rights and responsibilities,” Facebook says on its help page for parents.

The golden age is dictated by the Children’s Online Privacy Protection Act, or COPPA, which “bans websites from collecting information from users under 13,” according to PC Mag.

But the age restriction has been difficult to enforce, says Facebook spokesman Andrew Noyes, according to The Washington Post.

“Many recent reports have highlighted just how difficult it is to enforce age restrictions on the Internet, especially when parents want their children to access online content and services,” Noyes told the Post.

The study found some concerning information about Facebook’s young users, however.

Consumer Reports discovered that, of minors using Facebook, about 800,000 of them were harassed or “subjected to forms of cyberbullying on Facebook.”

“Our survey also shows that most parents who knew their preteen used Facebook had not discussed online threats with them or ‘friended’ them,” Consumer Reports notes, “while up to a third did nothing to keep up with their children’s Facebook activities.”

Of course, aside from cyberbullying, there is some concern about children’s privacy. With the parental consent, Facebook would be able to use information from Facebook to “sell tailored advertisements to the children,” say analysts, according to The Washington Post.

“We acknowledge that more and more children under the age of 13 are using Facebook, and this is a problem that needs to be addressed,” Markey and Barton wrote, according to The Washington Post. “However, we believe strongly that children and their personal information should not be viewed as a commodity to be bought and sold to the highest bidder.”

At the moment, Facebook is reportedly working on the technology to make the switch. No launch date has been announced.