Thinking of getting backyard farm animals like chickens or maybe even goats to raise with your kids in suburban southeast Michigan? Learn what's involved. 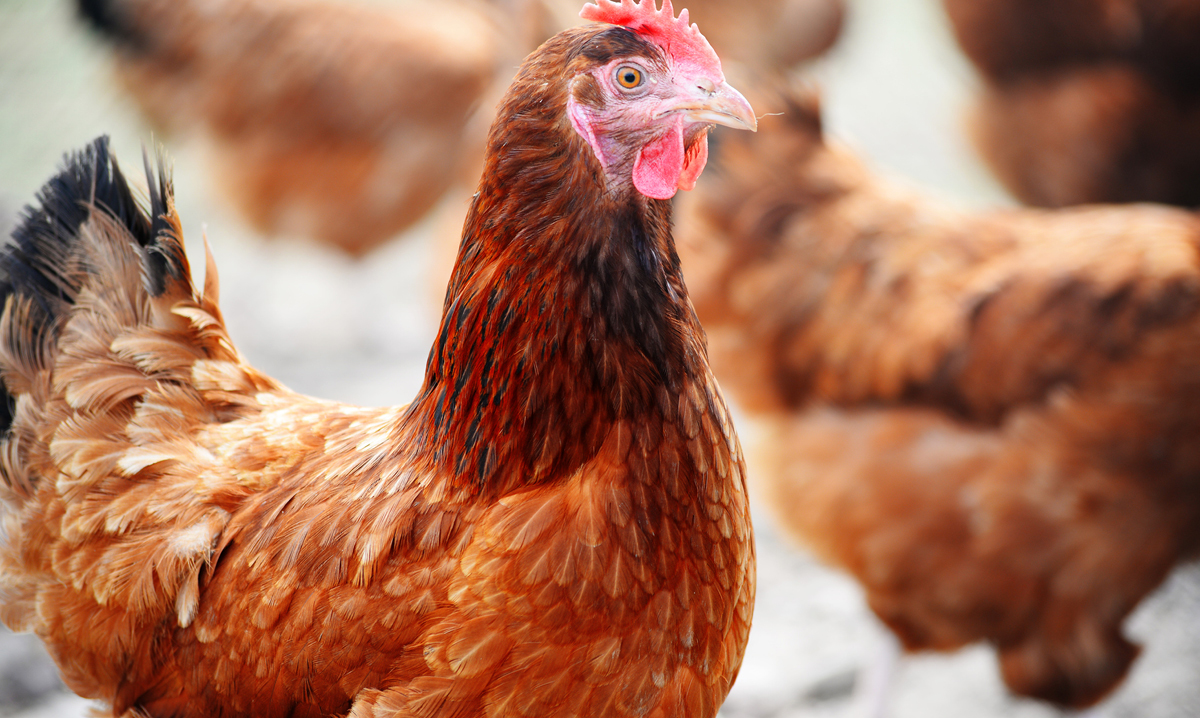 It’s becoming more common for families to raise backyard farm animals and experience farm life a bit on their own land. Here in suburban southeast Michigan, that includes mostly chickens. Depending on where you live, goats might be allowed in the mix, too.

This trend is part of the farm-to-table movement, which finds some parents considering sourcing food right at home. Chickens produce eggs for cooking and can become family members in the process.

If you’re considering joining the movement, though, do your homework first – in terms of the laws and proper livestock care. Here are some insights to get you started.

A lot has changed here in metro Detroit in the past decade, Laura Mikulski says. She’s the media relations director for Michigan Small Farm Council. She also runs the Ferndale Backyard Chickens, which has info for residents in this Oakland County city and beyond.

“I’m the person who pushed for an ordinance change in Ferndale to allow backyard chickens,” says Mikulski, who keeps three chickens in her Ferndale yard. “I quickly discovered in 2008 that municipal code generally allowed it. But had a restriction on lot size that was unreasonable – chickens must be kept 150 feet from any building. There were only a handful of lots in Ferndale that would qualify.”

So she put together a new proposed ordinance. And, thanks to “the power of social media,” those laws changed.

What are the rules for livestock?

When it comes to ordinary farms in rural-zoned areas, the Michigan Right to Farm Act protects animals. However, things are different in the more tight-knit ‘burbs.

That’s why it’s best to check with your local city, township or village code before acquiring any backyard farm animals, adds Mikulski.

“It depends on your zoning, municipal code and any additional governance you might face,” she explains. “Homeowners associations are notorious for having rules above and beyond municipal code.”

It’s hard to generalize what’s permitted, because all cities and counties have different regulations. Issues like the animals’ noises and odors can be factors in the decision to allow, restrict or prohibit backyard farm animals.

A good place to start is Ferndale Chickens’ guide to Michigan cities that allow keeping of chickens – and those that don’t.

Ferndale, for example, allows three hens with a permit. Livonia permits them in specifically zoned areas. Warren has a 300-foot restriction when it comes to houses, stores and public places. And Ann Arbor issues two- and six-chicken permits that expire in one and five years, respectively.

That’s just a sampling from counties around metro Detroit and Ann Arbor. Again, it’s best to check directly with your hometown to avoid violations or fines.

The next step is factoring in safety – for people and animals alike.

“With any pets, including those classified as livestock, families should be aware of safety precautions surrounding zoonotic disease and injury to adults and children alike,” says Mikulski.

Chickens, like all birds, can carry diseases in their waste, she notes. So it’s important for families to take simple precautions.

“Handwashing and dedicating a pair of shoes to outdoor work go a long way to ensuring that contaminants don’t make their way into your home or person,” she says. That includes cases of salmonella that have been linked to backyard chickens.

Young kids in particular are more susceptible to salmonella germs that might be in live poultry’s droppings and on their bodies, the Centers for Disease Control and Prevention adds in its backyard chickens guidelines. The CDC echoes the importance of handwashing. Be extra cautious with kids under 5, it adds.

Always dispose of that waste carefully. Mikulski prefers composting: “I keep a bucket of pine shavings near their coop and throw the waste in there. Then I put it in my compost bin every couple of days.”

Remember, the safety of your backyard farm animals is also important.

“Families should take just as much, if not more, precaution to secure their new livestock family members because animals like chickens are easy prey – and predators abound,” Mikulski adds. “Care should be taken to securing coops and barns so that predatory animals can’t abscond with your new family members.”

Proper care and feeding of these ‘pets’

For one thing, you’ll want to connect with a feed stores, hatchery or hobbyist here in metro Detroit to find your new friends.

There are different costs to consider, too. The basics are pretty reasonable. “Costs to acquire the chickens were roughly about $2 or $3,” Mikulski says of her fowl. “Feed costs about $20 every two months.”

Investing in a “home” for your chickens is also key to keep them safe and contained. You’ll need about 2-3 square feet inside a coop and 8-10 square feet in the yard per chicken. At the Tractor Supply Company, which has locations around southeast Michigan, options range from $100 nesting houses to larger barn-style pens that can cost up to $2,000.

“Nesting boxes for chickens should have some sort of substrate – pine shavings, straw or sand are top choices,” Mikulski says.

“Chickens produce an egg every 25 hours at peak production,” she adds, which is spring, summer and a bit of fall. “Less so in the winter and during times of stress.” Mikulski adds, “Eggs should be dry cleaned – meaning brush them off if there’s anything on them. They are shelf stable in most cases.”

Plan for those colder months, too. “All animals need shelter in the winter and must be protected from harsh cold winds and snow,” Mikulski says. “I winterize by adding plastic sheeting to the coop run to cut down on wind and provide them with a place that’s snowless. I do not bring them indoors, nor add heat to the coop.”

Finally, although chickens become like “pets,” avoid those cuddles usually given to common household pets.

“Don’t kiss your birds or snuggle them and then touch your face or mouth,” the CDC notes – again, to avoid those potential salmonella germs.

A few insights beyond chickens

Mikulski knows of some families who do raise goats. “Most use them for milk,” she notes. There are also cases where meat might be a factor. “They take them for processing to meat markets in Detroit, Hamtramck and Dearborn.”

When raising animals for food, following simple rules to provide them with a safe, clean, healthy environment go a long way toward ensuring humane treatment.

“Follow GAAMP (Generally Accepted Agricultural Management Practices) for the keeping of your livestock,” says Mikulski. “Ensure that they get plenty of food and water and that they’re protected from predators and disease.”

“Treat them with kindness and respect,” she adds. “It’s the least you can do for an animal that will ultimately be sustaining you with their life.”

When going on your next road trip, why not rent a RV?
Read more
Tweens & Teens

It's totally natural but can be an uncomfortable thing to address with your son. A local expert offers advice on how to handle boys' wet dreams.
Read more
Guides