Finding a Path to Peace

In the wake of the tragic shooting at the Tree of Life synagogue in Pittsburgh, one mother recalls her own fears as a young Jewish girl aware of anti-Semitism and its impact on history and her people, how it compares to her children’s sense of identity and what we all need to do to eradicate such atrocities once and for all. 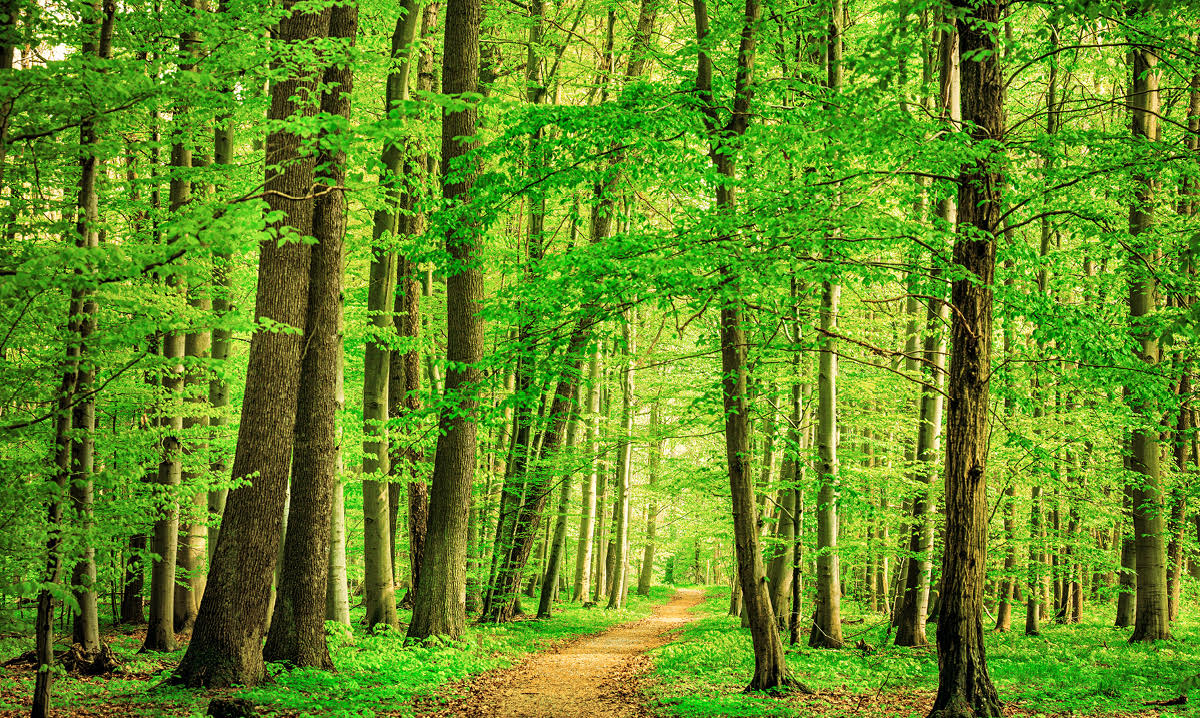 When I was single in my 20s, I often slept with a hammer under my bed. It was irrational, I knew, but I had dreams sometimes of soldiers banging at my door in the middle of the night to take me away, or push their way into my home to kill me. In the dark, quiet night, I didn’t feel safe, even though I lived in a middle-class suburb where I knew my neighbors.

This was a remnant of growing up Jewish in the 1970s and 1980s. I was never attacked, spit at or called unspeakable names. My only near-brush with anti-Semitism was at lunch in New Jersey with a Catholic boyfriend’s parents; his father, after a couple of beers, muttered something about the server “Jewing” him, and my boyfriend proudly proclaimed later that he told his father “not to say such things in front of me.”

“He shouldn’t say them at all,” I replied, clear then that the relationship would inevitably end.

No, nothing horrible happened to me because I was Jewish. I just knew that it could.

My Jewish identity was equal parts pride in our family-focused traditions and all-too-clear knowledge of history, during which Jews again and again throughout the ages and throughout the world, were denied work, turned away, beaten and killed simply for being Jewish. The Holocaust was a fresh memory, as were stories of my ancestors fleeing the Cossacks.

We planted trees in Israel and dreamed of going there; I’ve visited Israel 8 or more times, and I have to say, it’s the best example of Jews being strong, confident, empowered. After a history of insulting caricatures of Jews as pale and weak, I found this strength reassuring.

My children don’t own this definition of what it means to be Jewish – for better and for worse. The other day in the car, my daughter played a song where a rapper included the n-word. I hate that word, and I said so to my 15-year-old as she drove us through the neighborhood.

“Mom, white people can’t say it, but black people can,” she said.

“I wouldn’t ever use the word kike,” I said to her. “We have a responsibility to not demean ourselves – because we’re telling the world, when we use such words, that they can, too.”

“What is that word?” she said. “No one uses old words like that anymore.”

In the milky twilight, I sat in the passenger seat of the slow-moving car, stunned. My daughter didn’t know the timeless insult against Jews? Perhaps I’d done too good a job of shielding her from the horrors of our collective history.

I proceeded to tell her that the shooter at the Pittsburgh synagogue last weekend used that word all over the Internet as he proclaimed his hatred for Jews, insisting we all must die. She was more stunned that he shared such information on social media than anything else.

Which led us to a conversation about her own Jewish identity and connection, or lack thereof, with the events of our history.

In times like these, I’m not sure how we’re supposed to talk to our children about horrific events. After all, they’re growing up in an era when active shooter drills are a way of life in their schools, and they are barely shielded from anything thanks to a 24/7 news cycle and nonstop attachment to social media.

But the job of a parent is to protect and empower your children, in age-appropriate ways. My children roll their eyes and issue big sighs when I gather them to go to synagogue for Shabbat services. It never occurred to me that we’d have bigger problems around that excursion.

Will I hesitate the next time I want my family to attend services? Will I no longer feel safe in the sanctuary? Will my children, who routinely leave services to hang out in the classrooms with other teens, be more or less endangered at our beautiful, peace-inducing house of worship? Will I now have to be hyper-vigilant on a quiet Saturday morning, rather than prayerful and meditative, to ensure that no strangers wander through the front doors on the only day a synagogue is not locked?

When horrible things happen without explanation, it is incredibly difficult to talk with our children – or ourselves – about the events. There are literally no words.

But we have to find them.

Which is one reason social media can be a benefit in these times of hatred.

After the tragedy at the Tree of Life Congregation in Pittsburgh, emails arrived in my inbox and friends and acquaintances shared articles and encouragement on Facebook.

A Facebook friend who used to be a metro Detroit clergyman, Rabbi Jonathan Berkun, grew up at that Pittsburgh synagogue. His father is the rabbi there now, but was absent on that devastating Shabbat because Jonathan’s mother was ill.

He flew back to Pittsburgh after the shooting and wrote long-form posts and articles about his journey, which I found grounding. By sharing moments in his devastated hometown, I felt like I, too, could begin to believe that while bad things happen inexplicably to good people, most of the time it’s good people who lead our days.

He wrote about buying a bottle of water minutes after landing at the airport. He said: “The saleswoman was so friendly that I quipped how I had forgotten how nice people are in this city with such deep, blue collar roots. ‘It’s been a tough day for us, sir,’ she responded with a tear in her eye. I told her why I was there and where I was from. We both shed tears.”

Even in the wake of such devastation, he managed to find the good. Which is what we all must do, all the time. For if we start each day looking for the good in people, in situations, in clogged traffic or in spilled coffee, we start to create a society where people are kind, supportive and forgiving. And eventually, I hope, I believe, that leads to a society where senseless killings and baseless hatred no longer happen.

Jews mourn the destruction of our Holy Temple in Jerusalem from thousands of years ago. It was destroyed once, rebuilt, then destroyed again, and so much of our worship trains on the idea of rebuilding that Temple so all Jews can gather together to worship.

Our tradition tells us that one of the times, the Temple was destroyed due to baseless hatred. It’s a lesson for us to not focus on the differences between us but rather to find common ground. The scriptural message is profound – baseless hatred was devastating enough to bar us from worshiping at our holiest site. Get our act together, the message says, or we don’t deserve to return.

In his writings, Rabbi Berkun said the following:

“I still cannot comprehend how America in 2018 can be fertile ground for murdering Jew-haters. As in the wake of all recent American tragedies, we will undoubtedly argue over its root cause and what can be done to prevent history from repeating itself. But some things are clear: Gun violence is an American epidemic. Anti-Semitism is statistically rising in America. Politics and public discourse have assumed the vernacular of a street fight. Hatred and racism is alive and well in this country.”

He then asks, “what are we going to do about it?” Because if we can’t take action to make change, there is no point in having any of these conversations.
Rabbi Berkun offers five suggestions:

1. Vote. Get politically or communally active.
2. Give back. Someone today has it worse than you. Help him or her make it better.
3. Hug your loved ones. Stop sweating the small stuff.
4. If you are Jewish, come to shul. Show the haters that they will never win.
5. Learn why being Jewish matters. Study a text. Practice praying.

My favorite part of the Shabbat morning service is when all congregants stand and face the Ark that holds the holy scrolls. The Torah reader walks around the perimeter of the room with the adorned scrolls, and people kiss it as it passes. When the stroll completes, and the service leaders stand before the open Ark, we sing even louder these words, in Hebrew:

“It is a Tree of Life to those who hold on to it, and all of its supporters are happy; its ways are ways of pleasantness, and all its paths are peace.” (Proverbs 3:17-18)

I love this part of the service because all voices blend into a swell like an ocean wave carrying us together to dry land. For that moment, we seem united in this vision of holiness as life-giving. I only hope we can truly live what the passage says – that all its paths actually lead to peace.

Whether we are Jewish, Christian, Muslim, or something altogether different, whether we believe in one God or many, every human has the right to his or her path. Once we embrace the truth that we are different, while immersing in the beauty of our rich traditions, we can embark on a path of peace.

All of us can talk to our children about finding common ground with others from very different traditions. It is, in my humble opinion, the only way forward.

Can’t find the words to explain to your kids what happened in Pittsburgh? Take a look at these tips on talking to kids about tragedy.

Lynne Golodner is an author, entrepreneur, and mother of four in Huntington Woods.

Brought to you by Traverse City Tourism
Read more
At Home