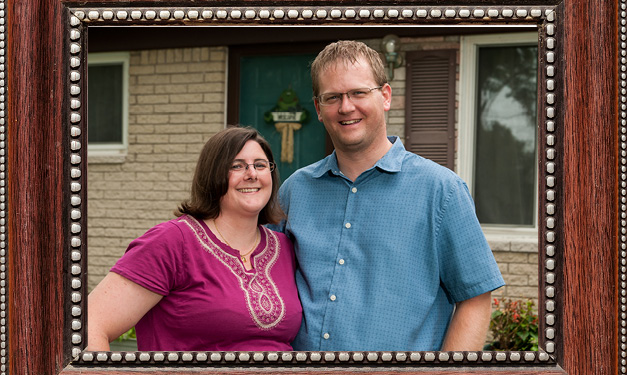 Content brought to you by Michigan Department of Human Services

When Elizabeth and Ryan Gebs of Farmington Hills learned that it would be difficult for them to have biological children of their own, they decided to pursue foster parenting. It’s a decision they’ve never regretted.

The couple first became foster parents in May 2012 when they welcomed a newborn boy into their home soon after his birth. They cared for him for three weeks before he was reunited with his birth father. Not long after, they took in a 2 ½-year-old boy who, now 4 years old, is still with them.

The Gebses are also currently fostering a 6- and 4-year-old sister and brother whose adoption by the couple is almost complete.

Since becoming licensed foster parents, the Gebses have also taken what are known as respite placements, taking care of foster children for very short periods of time like when a child’s foster family has an emergency.

The training that the Gebses were required to secure to become licensed foster parents has been very helpful, Elizabeth says. The training has helped her understand the importance of her soon-to-be-adopted children’s continued contact with their biological family.

“We’ve learned that the research shows that the more children know about who their birth family is, the better they do in the long run,” Elizabeth explains.

Visits with biological family are also helpful for foster children, who often in the early days of a new placement are struggling with separation.

“Bedtime can be hard,” Elizabeth notes. “I just reassure each child. Usually you know if they will have visits with their parents coming up. If so, I let them know that they will be seeing their parents in a few days or weeks.”

Elizabeth says she tries to make the day after a foster child is first placed in their home a fun one to get things started on a positive note.

“We go shopping,” she says. “Often the kids don’t arrive with much, so we go pick up a few things.”

One thing each foster child gets from the Gebses is a pair of new sunglasses.

“That’s our tradition,” she says. “Everyone gets a pair for the car.”

She also keeps a stash of toothbrushes at the house and lets each child pick out his or her own.

Elizabeth acknowledges that the uncertainty of a child’s circumstances can be a challenge.

“It can be hard not knowing what might happen in 90 days at a court hearing,” she says. “So we enjoy each day as it comes.”

Elizabeth admits that it can be difficult when foster children return to their birth family, acknowledging that even short-term placements result in a bond between foster parent and foster child.

“You get attached,” she says. “Thankfully all the reunifications we’ve been part of have been so positive. It helps lessen the blow.

“Having these kids in our home, we come to love them. Foster parenting has been a very rewarding experience.”