Grades aren't all that count. Parents can help children nurture a growth mindset, investigative approach, emotional intelligence and self-expression, too. 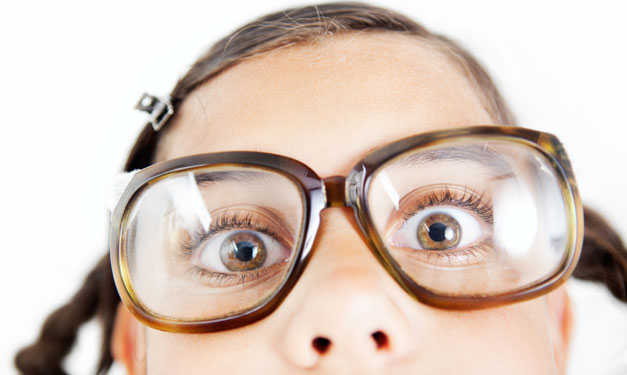 Raising smart kids isn’t about teaching to the tests; it’s about building brainpower. Kids who can seek information, connect ideas and apply what they’ve learned aren’t just book- or school-smart – they are life-smart. Cultivate your student’s success with these essential skills including growth mindset, investigative approach, emotional intelligence and self-expression.

What it is: Smart kids define intelligence in terms of learning – not as a fixed trait. Decades of research by developmental psychologist Carol Dweck, Ph.D. and her colleagues shows kids who think in terms of ability give up quickly when challenged. They see failure as proof that they don’t have what it takes, not as a signal to invest more effort or try another approach. A growth mindset is healthier and more productive. Kids who believe intelligence is developed are not discouraged by failure. They don’t even think they are failing; they think they’re learning, Dweck explains. These learners seek challenges, think creatively and thrive despite setbacks.

How to build it: Reinforce the belief that talents are developed, not a matter of biological inheritance, Dweck counsels. Praise your child for his or her efforts and persistence, rather than for intelligence. Say, “I’m proud of you for playing such a difficult song, you really stretched your skills” instead of “You’re a talented musician.” Share stories of scientists, athletes and artists who model passion for learning and dedication to development. Smart kids need hard-working role models.

What it is: Smart kids can define a problem, formulate options, test potential solutions and decide on a course of action. These are important life skills. “Classroom teachers struggle with how to make science, technology, engineering and math learning more hands-on,” says Dave Hespe, former co-acting executive director of Liberty Science Center in Jersey City, NJ – and commissioner of education for the New Jersey Department of Education. Zoos, aquaria, parks and science centers are fantastic learning laboratories.

How to build it: Teach investigative concepts and skills at each stage of your child’s development. Double your cookie recipe and let kids determine how much butter and flour you need, Hespe says. Study bridges you cross to understand their design. Ask kids how they could get over the river without a bridge. Look up cloud types online and formulate a hypothesis about tomorrow’s weather. Engage your kids’ curiosity outside the classroom and model problem-solving strategies. Real-world research makes smart kids smarter.

What it is: Smart kids recognize and regulate their own emotions and empathize with others. “Kids who develop these skills early in life get better grades, are less susceptible to anxiety and depression and have healthier, more fulfilling relationships,” says Linda Lantieri, director of The Inner Resilience Program and co-founder of the Resolving Conflict Creatively Program, a social and emotional learning program implemented in more than 400 schools. Kids who can self-soothe when stressed are ready and able to learn from their experiences, without distracting emotional drama.

How to build it: Regulating emotions doesn’t mean stifling them, says Lantieri. Don’t diminish your child’s feelings; help him understand what’s causing them. Increase his emotion-related vocabulary by introducing him to words like angry, frustrated, jealous, excited and elated. Kids should be able to describe their feelings with some specificity, Lantieri says, rather than saying they feel good or bad. Be an emotion coach: Encourage your child to explore his feelings and to take others’ emotional perspective. Empathy isn’t automatic; it is learned. Use your own upsets as teaching opportunities – explain step-by-step how you stop, calm down, refocus and then act.

What it is: Smart kids develop a strong sense of self. They know their own strengths and challenges and make wise decisions. Kids crave a sense of uniqueness and they may feel pressured by intense demands to get good grades, fit in socially and grow up before they’re ready, says Brandie Oliver, assistant professor of counselor education at Butler University in Indianapolis, Ind. Finding their own identity can be awkward and frustrating. It also subjects kids to risk, Oliver says. Peer pressure about alcohol, drugs and sex forces kids to make tough decisions. Bullying – in person or online – is a threat as well. Kids need skills to stand up for themselves.

How to build it: “It is common for parents to think they are in the loop when they don’t know as much as they think,” Oliver says. “Kids share information with parents through a filter.” Sometimes they embellish or omit key details. Listen deeply and encourage sharing. Validate your child’s perspective even when you don’t agree, Oliver says. Model the use of “I” messages, such as “I think” or “I feel.” Self-expression is crucial for personal wellbeing and social success. Kids who can voice their opinions respectfully become productive members of the community.