Society may be more progressive, but a study indicates that there are still gender stereotypes in picture books for kids. 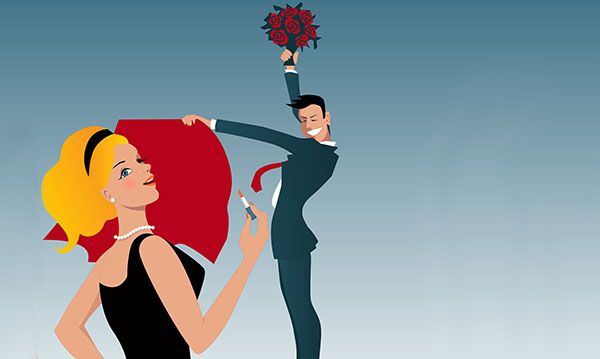 “The night Max wore his wolf suit and made mischief of one kind and another, his mother called him, ‘WILD THING!’ and Max said, ‘I’LL EAT YOU UP!’ So he was sent to bed without eating anything.”

The first lines of Maurice Sendak’s Where the Wild Things Are are the only time we encounter Max’s mom. But this short intro speaks volumes about her role in the home.

So do many children’s picture books, says a study that found classic tales depict traditional gender stereotypes, with moms as caretakers and dads working or largely absent.

“In society, we definitely challenge these gender roles,” says Amy DeWitt, chair of sociology at Shepherd University in Shepherdstown, West Virginia, who led the research.

But many books parents still read to kids do the exact opposite. And as most children identify with their same-sex characters in a story, these books show “the only role for young girls to aspire to is in the domestic, private sphere.” Boys, meanwhile, see grown guys as breadwinners – or buddies.

One book sparked DeWitt’s interest in this topic: Guess How Much I Love You by Sam McBratney. She read it to her nephews and was surprised – specifically by the relationship between the bunny and his dad. “I thought, ‘This is very amazing. I haven’t really seen this emotion between two males,'” she says.

So DeWitt decided to research parental roles in children’s books along with two professors from the University of North Texas.

They examined 300 randomly selected picture books – published between 1902 and 2000 – from the Children’s Catalog, which includes reads deemed suitable for libraries and schools. The team studied both the pictures and words and examined five specific parental roles: nurturer, caregiver, companion, disciplinarian and provider.

Moms were more likely to take on the role of nurturer by showing expressions of love, whether it was hugs or saying, “I love you.”

Moms also fulfilled the caregiver role, which involved feeding and bathing a child, as well as putting him or her to sleep.

When it came to the role of pal, though, dads were in the lead. “Fathers were more likely to be in that companion role than mothers were, especially when it came to physical play,” DeWitt says.

While discipline is rare in children’s picture books, moms were more likely to act as disciplinarian, but DeWitt attributes this to their more active role in the household, just like the mom in Where the Wild Things Are.

“The only thing I used to assess the provider role is: Did the parents work outside of the home for money?” DeWitt says. In 300 books, only 10 mothers worked outside the home – giving dads the breadwinner title more often than not.

Still, not everyone thinks this is dire news.

Michelle Stiennon, a children’s librarian who works at all three Livonia Public Library branches, says many parents make a bigger deal out of these stereotypes than kids. In fact, they may not even notice at a young age.

“We forget that children’s prefrontal cortexes are not as developed,” she says. “Their brains literally are different.”

The prefrontal cortex, which plays a role in cognitive, emotional and behavior functioning, does not fully develop until adulthood, so smaller children do not have the same understanding as parents.

The era has something to do with the content, as well.

“You’re reading books printed before 1960,” she says. “In a lot of children’s books, especially the picture books, mom is shown cooking dinner.”

And that’s just a taste of the domestic life. These portrayals are more of a no-brainer for many authors, Steinnon says. “It’s not the artist’s intent to gender stereotype,” Stiennon says. They simply want to tell a story.

So if that involves mom cooking in the corner, that’s OK, Stiennon says. Parents are secondary in children’s picture books anyway.

“Socializing itself is so subtle,” she says. “There’s a lot of research that suggests that preschoolers are being socialized by media.”

While DeWitt points out that most of today’s professionals grew up with these stories and turned out just fine, these gender specific roles can hurt a kid’s aspirations.

So what can parents do? “We need a more discerning consumerism,” DeWitt says.

Take a peek at a picture book first, look at the message and decide if you agree with it before reading it with your child. Also, DeWitt believes there should be more of a push for books that challenge gender roles.

Even if you do opt to read the classic children’s picture books to your kid, talk to her about it. Challenge the roles in each book to get kids thinking for themselves.

Browse this list of children’s books that defy gender stereotypes.