Tips and steps parents can take to curb self-interest and help nurture and raise responsible children in a culture obsessed with having its way. 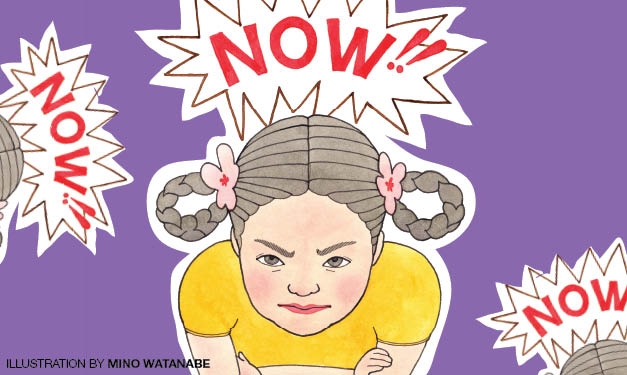 We all love giving to our children; there’s nothing like witnessing the joy on a child’s face when he receives a coveted toy, a favorite meal or the latest gadget. But parental generosity has an ugly downside. Experts warn that by giving children too much, too often, parents can encourage an inflated sense of entitlement that snowballs into demands like “But I want it … now!”

In today’s abundant, instant-gratification society, parents must be intentional about raising children who don’t have a sense of entitlement, says Karen Deerwester, parenting coach and author of The Entitlement-Free Child: Raising Confident and Responsible Kids in a ‘Me, Mine, Now!’ Culture. “Our entitlement climate promotes quick fixes and easy answers that sabotage effective parenting,” she says.

Over-entitlement begins in toddlerhood, because 2-year-olds are naturally self-interested – it’s normal and natural for them to be concerned with “me, mine, and now.”

It’s when parents actually give in to tots’ “now” demands that entitlement can begin to build. “If we constantly overdo and rescue children, they don’t learn to live with those uncomfortable feelings of wanting something and not always getting it,” Deerwester says.

One key to self-control is the ability to wait – a skill strongly correlated with future success. In the famous “marshmallow experiment” first conducted at Stanford University in 1972, researchers offered children a choice between receiving one marshmallow now or two marshmallows after a short wait.

The researchers found that children who were able to delay gratification had more success later in life. “Asking a young child to sit still for a few minutes so you can talk to the doctor is age-appropriate – and builds those waiting skills,” says Deerwester.

Often, the first clues of over-entitled behavior in school-aged children come via a phone call from the child’s teacher or school.

“Parents will hear from their child’s teacher that the child has difficulty following directions or challenges authority a lot,” says Barbara Lowe-Greenlee, Ph.D., a licensed psychologist in North Carolina. These red flags can be signs of a child used to getting things her own way – now.

While it’s healthy for children to be assertive, challenging authority on a regular basis signals a problem. Parents can encourage children to question authority in appropriate ways, like asking questions of a doctor at a well-child checkup.

“But sometimes, we need to tell children that they need to simply follow the rules, as long as the authority figure isn’t asking them to do anything wrong or illegal,” says Lowe-Greenlee.

It’s not too late to dial down entitled behavior in a possessions-obsessed child. But adolescents will feel rightfully jilted if parents implement too many changes, too quickly.

If parents have always given in to a child’s wants instead of teaching them to deal with conflicts and mistakes, they need to help him or her build those skills, says Deerwester. “It’s about starting where you are.”

One way to encourage a less self-centered worldview? Encourage kids’ natural altruism by asking them to think of ways to contribute to their community. When children understand that they can make a worthwhile contribution, their life may stop revolving around the latest toy or tech obsession. You can also give your kids many gifts by way of life lessons – and those don’t cost a thing.

“(Kids) should understand that we all have a responsibility to our family and our community,” says Lowe-Greenlee. “And we don’t just take, we give back.”