Fires can break out quickly. Is your family aware of key home fire safety measures that could save lives? Be informed, and brush up on these tips often. 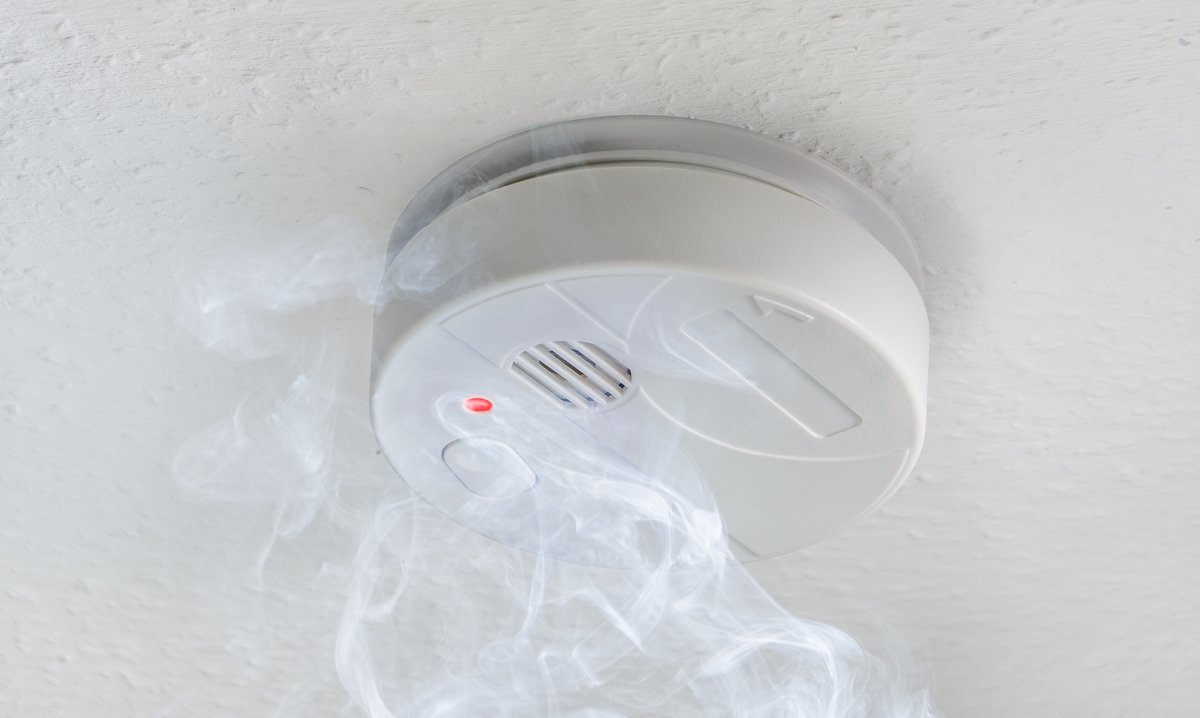 House fires can happen any time and in any home. It’s wise to teach your kids about fires in general. And reviewing specific home fire safety tips is crucial – for kids and parents alike.

Is your home as fire-safe as possible? And does your family know exactly what to do if a fire breaks out?

Last year, here in metro Detroit, three members of a family were killed in a fire in Eastpointe that ravaged their home at night while they slept.

At the time of this post, the city’s fire department was investigating the cause and whether smoke detectors in the home were working at the time of the fire.

As details were coming to light, Mount Clemens firefighter Dave Buscaino said there are things families can do to prevent fires in their own homes.

Whether during National Fire Prevention Week – which falls Oct. 6-12 in 2019 – or any time of year, be sure your family is informed and safe.

Make it a point to look at your home, create a fire plan and talk about what would happen if a fire broke out. Read on for key home fire safety tips for families.

Especially in older homes, people often plug too much into the wall sockets, Buscaino says. The aging electrical wiring can’t handle the draw, which can lead to a fire.

There are various electrical safety measures you can take, notes the National Fire Protection Association. Use light bulbs with the right number of watts, for example, and remember that extension cords are for temporary use only.

It’s important not to put a lot of things on the stove, Buscaino says, and to keep the areas around furnaces, water heaters, fireplaces and woodstoves clear of debris. He adds there are also hidden areas that should be kept clean, too.

“We see a lot of fires stemming from dryer vents,” Buscaino says. “Those tubes should be cleaned once a year.” Be sure to clean the lint filter before and after each load of laundry, adds the NFPA – which also offers a clothes dryer safety tip sheet.

Many fires start when people forget they are doing something, Buscaino says – like cooking – and an item burns and starts a fire.

“Just be aware of what you are doing,” says Buscaino. That same home fire safety advice extends to other “contained” flames in and around the home, such as being aware of fire pit safety.

Get up to code

Buscaino says many companies, including DTE Energy, will visit homes to do a friendly inspection and make sure a house is up to code.

“They won’t do the work to bring it up to code,” Buscaino explains, “but they will tell you what needs to be done to keep your home safe.”

He adds that Consumers Energy will also come out and evaluate any suspicious odors to make sure they aren’t dangerous gases.

“Every home should have a smoke detector and a carbon monoxide detector,” Buscaino says. He says having one inside each bedroom and as well as one outside of the rooms is the safest option. “The detectors actually save lives.”

Buscaino says new homes are required to have hardwired smoke detectors that all sound when even one detects smoke.

“The reason the code went to hardwired is because just one smoke detector, while people are sleeping, might not wake them up,” Buscaino says. “However, having even one smoke detector in the home will increase your chances of survival.”

Hardwired smoke detectors still need to be replaced about every 10 years, he adds. Sensors can get damaged or clogged, which can impair the operation of the unit.

In homes without hardwired smoke detectors, Buscaino says a good rule of thumb is to change the battery on the detectors twice a year – like with the daylight saving time changes in the spring and fall.

If a home fire breaks out

Know what to do

In the event that a fire does happen, Buscaino says it’s important to have a plan.

“We tell families that they need to come up with a fire plan,” Buscaino says. “This consists of a fire safety plan as well as what to do when the smoke detector is going off.”

Draw a map of your home – literally – with all windows and doors labeled, the NFPA notes in its escape planning tip sheet. Plot at least two ways out of every room. Do a practice home fire drill “at night and during the day with everyone in your home, twice a year” it adds – and ensure kids know how to escape solo if needed.

Safeguard the second floor, too, if your home has one. Have escape ladders in or near windows, the NFPA says: “You don’t want to have to search for it during a fire.” Kids should practice with those ladders only from first-floor windows, however.

This home fire safety logic also goes for sleepover fire safety for kids and fire safety on college campuses in dorms, where kids might not be as familiar with escape routes.

Have a meeting place

If the smoke detector is going off, Buscaino says it’s important to get out of the house. Once out, the family needs to identify a spot where everyone will meet.

It should be a safe distance from your house, NFPA notes – a tree, light pole or mailbox are options.

When the fire department pulls up, the family members can tell firefighters where the fire is and also who is still inside, Buscaino says.

Know how to get out of the house

Doors might be blocked by fire or smoke could be thick. Buscaino says knowing how to get out of windows and having those alternate exits planned is helpful.

Family members should know to crawl, not walk, to get low and out of the smoke, he says. When possible, shut doors behind you as you leave, NFPA adds: “A closed door may slow the spread of smoke, heat and fire.”

Don’t call 911 from inside the home, Buscaino says. Families should get outside and use a cellphone or go to a neighbor’s house to call for help.

“Never go back inside for any belongings or a loved one,” whether people or pets, Buscaino says. “That’s our job.”

When it comes to fire safety, prevention or any questions, Buscaino says families can reach out to their local fire department for additional help.