How a Parent Coach Can Help Your Family with Challenges 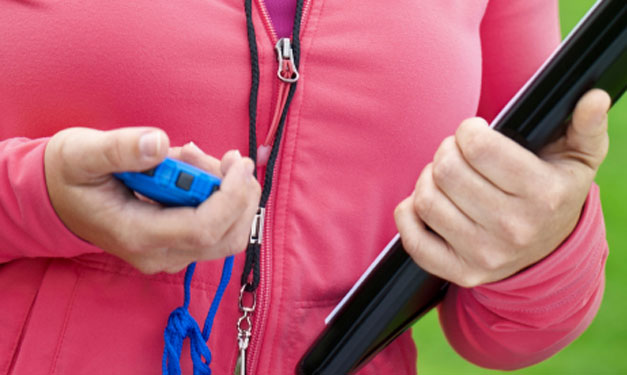 Parenting is no sport for the weak. The games are packed with curveballs (and a fair share of Hail Mary passes). To boot, the star players write their own playbooks.

Wouldn’t it make sense to have – well – a coach? Say hello to Barb Bushey, a certified parent coach from South Lyon. She helps moms and dads tackle discipline issues, crosscheck parental peer pressure and strike-out some stress, besides. But not by barking orders from the sidelines.

“When you parent coach, you walk shoulder-to-shoulder,” says Bushey, who is one of three practicing coaches in Michigan. “They are the expert in their family. It’s not me telling them what to do. We co-create the future.” Think of it as a trusted family member with top-notch know-how.

It’s a fledgling field that’s been steadily growing – and earning some buzz for its targeted, professional approach to getting moms and dads back on their game.

Parent coaches are uniquely qualified to do just that. Each is trained through an intense, graduate-level program offered by the Seattle-based Parent Coaching Institute, or PCI. Like Bushey, who taught early elementary for 37 years – and, in fact, Metro Parent’s own publisher, Alyssa Martina, who also has a certification – all have solid backgrounds in working with families.

But don’t mistake them for therapists. “Coaching isn’t about healing any past wounds,” explains Gloria DeGaetano, the veteran parent educator who created PCI in 2000. “It’s just taking the person where they are. Much like an athletic coach.”

In other words, “It’s supporting parents in the everyday challenges with their children.” Those can include behavioral disorders, like autism. But the most common issues, Bushey says, involve basic child development headaches, like getting the kids to pick up toys or go to bed without hysterics.

These “typical” behavior problems often stem from confusion about setting realistic expectations, Bushey says. She saw that first-hand in one of her first cases, which involved family friends whose then-5-year-old daughter kept having meltdowns after school. The parents, Shari and Jim Pearen of Farmington Hills, never dreamed Katie was reacting normally to feeling overwhelmed.

Why can’t parents connect the dots themselves? Coaches point to trends like working-parent households, constant TV and web access, economic stress – and even larger distances between extended family, a traditional source of information on coping with kids.

So, how does this play out? Location and time-wise, it’s flexible. Bushey meets clients at her home office, their place or a midpoint. She and other coaches also offer services by phone. Eight to 10 weeks of hourly sessions is recommended. Hourly rates range, depending on the coach.

That leads to step two, where parents describe what they want. Crystallizing those goals can be difficult, says Metro Parent’s Martina. Yet in her previous coaching experiences, she’s also found it’s the most exciting.

“We have dreams for tomorrow, but they’re not articulated. They’re just these fuzzy things,” she says. “I helped create a vision of that tomorrow” – from a career mom transitioning to an at-home role, to a couple trying to break their 8-year-old son’s addiction to television. Often, this ideal “future” is written down or even drawn out.

Actually getting there takes what Martina calls the “yellow brick road.” Each brick is a baby step or “micro proposition,” Bushey says. Maybe waking up 15 minutes earlier or making lunches the night before, to make mornings less hectic. To offer little nuggets, she might share a true story of what’s helped another parent in a similar situation. But getting parents to develop their own tactics is best. “I want them to own their plan,” she says. “We all know if we own it, we’ll do it.”

Each week, they discuss strides – and puzzle out any fumbles. “Each little change causes larger changes,” adds Bushey, “and it keeps rippling out.”

Getting the tools for long-term success

Of course, coaching isn’t a magic pill. Still, parents always seem to know when their vision starts coming together, Bushey says. Or when they’ve hit a slam-dunk.

Remember the Pearens? They starting giving their daughter Katie “unwind” time after school, before starting on dinner or homework. Within three months, the meltdowns were gone. “We had a different child,” mom Shari recalls. “We just have a better understanding.”

But success can lose momentum, Martina says, if not properly recognized.  That’s why it’s key to take a time out to “celebrate,” whether it’s a family dinner or some quiet time with a glass of wine. “Acknowledge the good stuff,” says Martina, who also suggests jotting down a milestone a day, mundane or major, in a gratitude journal, as ongoing reminders.

Overall, the parent coaching concept seems to be resonating, says DeGaetano. Finally, it seems, parents aren’t afraid to acknowledge that there is no shame in getting a little help with the most important thing they’ll ever do – raise their kids.

“I think the stigma is being removed,” she says. “Every parent, I don’t care who you are – including myself – could use, or could have used, someone like a parent coach.” In fact, DeGaetano isn’t just a parent coach teacher; she’s been a client, as well. When DeGaetano’s youngest of two sons graduated from college and promptly moved back home, she hired a coach.

“It saved my life,” she laughed. Actually, a growing number of coaches now specialize in life shifts for empty nesters. “You’re never done.”