How A Tough Childhood Impacts Parenting

A tough childhood doesn't stop when you become an adult. It also has an impact on parenting, good and bad. Find out how and what you can do to overcome it. 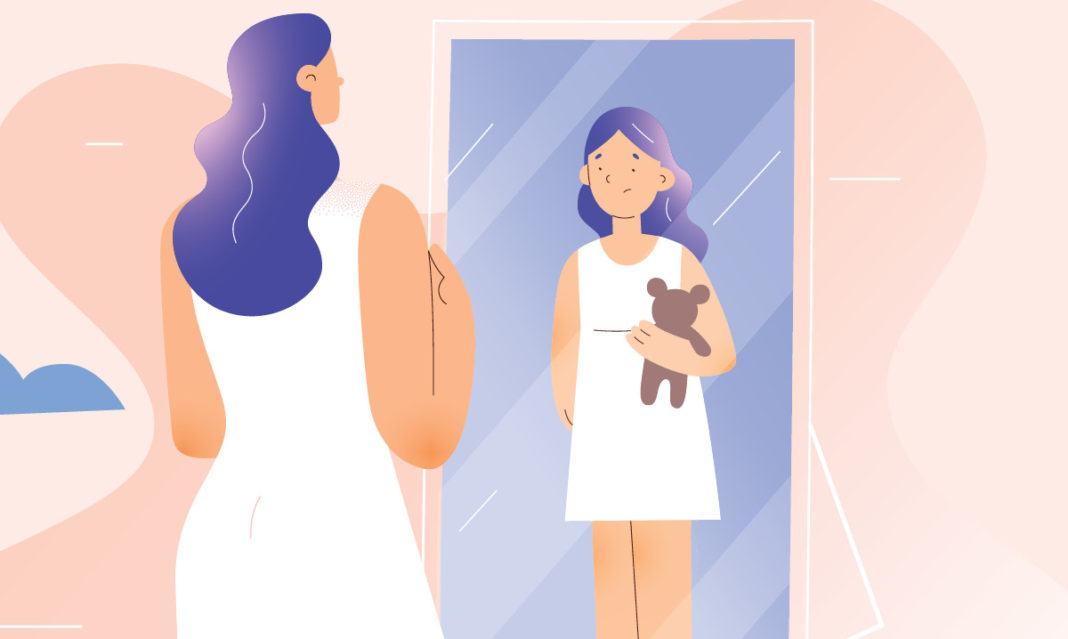 I was 12 and in the middle of a perfectly decent childhood when my parents separated.

I knew things hadn’t been exactly fabulous ever since we relocated to the Chicago suburb of Glen Ellyn four years earlier, as evidenced by my dad’s long absences and the amount of time my mom spent crying into the phone. But I figured they’d work things out. After all, they had three kids to take care of. Right?

Wrong. Unfortunately, it wasn’t long before I turned into a “child of divorce” – which in the 1970s was kind of cool and trendy and dramatic all at the same time – and my mom, siblings and I moved back to Michigan to be near family. Once the initial shock wore off, we adapted to the new world order, so to speak. But there was a lot of fallout.

Research has shown that children of intact families tend to fare better emotionally and economically. And anecdotally, it certainly seemed true when I compared our family to others – especially the Shanks, our Chicago friends whose happy family life I couldn’t help but envy after reading their annual Christmas card – and was the standard to which I’d aspire later on.

So, did I have a tough childhood? The first half was great, which may have given me the resiliency skills to weather the more challenging parts later on. But still, it wasn’t easy.

What does it mean to endure a tough childhood? Divorce, death of a parent and alcoholism are commonly reported experiences, says Ferndale psychologist Carrie Nantais. But the most important criteria for mental health practitioners: if the person says it was tough, then it was.

“It’s not for me to decide that one person who had an alcoholic parent had a childhood worse than someone else’s. Some people report having an alcoholic parent who was still functional and loving or encouraging to them; or yes, they were never reliable, but they were good or funny when they were drunk,” she says.

Instead, Nantais says it’s the existence of certain attributes that may define a difficult childhood: Parents who weren’t consistently loving or supportive, or trauma.

“The attributes of trauma are that it’s unexpected, unplanned, that I didn’t feel like I had the resources to deal with it, and that it affected me negatively.”

And yet, many people who characterize their childhoods as difficult go on to have children of their own.

Not that raising kids is a cakewalk for anyone.

“I think all of us as parents, whether we’ve gone through a weird childhood or not, have all said, ‘oh, I’m never going to say that,’ or ‘I’m not going to parent like that,’ and before we know it, we’re saying things that our father or mother used to say,” says Roberta Brown, a musician and writer from Royal Oak.

But if we aren’t lucky enough to escape the “weird” stuff growing up, we may have more to think about as we go about the business of raising kids.

“What makes parenting so difficult is that we have to understand who we are as people, what we’ve experienced, what situations and traumas have shaped us and what our triggers are,” says Reema Beri, a psychologist with Great Lakes Psychology Group in Novi. “Because how can we really raise children who are confident, self-assured and kind if we don’t understand ourselves to begin with?”

Once we understand the impact of our own childhood experiences, Beri adds, “we can parent in a way where we are reacting to the present and not to the past.”

That may be hard to do when we’re smack dab in the middle of childrearing, work, family obligations and so on. But that doesn’t mean there aren’t opportunities to gain self-knowledge, even if they take time to process.

Consider how we respond to everyday parenting situations – particularly in the heat of the moment.

“If you have a reaction and feel like, that’s not how I want to be or respond to my kids, that’s a good sign that maybe something else is going on. And so in the moment, when things are shifting and moving, all that might happen is for you to say, this is something to take note of,” Beri says.

“But later, you can come back and say, what happened there? Maybe your reaction was justified and perfectly in line with the kind of parent you want to be. Or maybe you say, I think I reacted that way because of how I felt when my parents always yelled at me when I made mistakes, so now I’m very critical when my children make mistakes.”

It’s a process I went through when my daughter was in middle school and she had a hard time getting up in the morning. Instead of treating her age-appropriate behavior constructively, I turned into the type of parent I didn’t want to be: one who yelled. A lot.

Why? The fear of losing her job was a constant concern for my own mother, who had to support three kids on her own after my parents divorced. So when my daughter woke up late, it served as a trigger: I can’t be late, lest I lose my job.

It wasn’t until my son wrote a tall tale as part of a fourth grade writing assignment that I had an epiphany – the stark raving lunatic in the exaggerated version of our real-life story was a little too close to the truth.

I knew I had to change my behavior – it wasn’t worth the stress I was creating. If I was late to work, so what? While being on time is important, it wasn’t super-critical to my performance. Plus, I didn’t have the same financial pressures as my mother – if, worst-case scenario, I lost my job we wouldn’t be out on the streets. And there had to be better ways of dealing with an adolescent.

I wish I could say I never made another parenting mistake after that. But of course I did. However, as I learned amongst a sea of seemingly perfect parents that others had also experienced difficulties, there was a healing effect that moderated my own actions over time – and helped me be kinder to myself and hopefully, more importantly, to my kids.

In fact, recognizing that “everyone experiences pain and hardship and suffering because that’s just what it means to be human” is a core component of self-compassion, Beri says. “Once we see that and understand that, we feel less alone and more connected and just less alienated. So it is very therapeutic and a great way to get ourselves away from, ‘why is this happening to me?'”

Is there anything good that can come from a tough childhood?

Angela Rochon, a retired social worker from Algonac who has written about trauma in her own family, recognizes that living through tough childhood experiences is hard. But people who come out on the other side should be proud, she says.

“Because in the process … you became stronger and developed an understanding of what it is like to suffer. Not that you would have chosen that understanding, but you got it, and it has an upside in the sense of your increased compassion.”

And while she wasn’t permitted to socialize outside of school because her mom “was a loner who didn’t want to deal with other people,” it did help Brown “become more creative and disciplined enough to spend time with my writing practice and practicing my instruments. Because you need to be able to spend a lot of time alone to get those things done.”

But Beri cautions against a silver lining.

“I think reframing (a negative experience into a positive) is a very powerful way to help ourselves deal with difficult experiences, but it’s also a delicate and difficult thing to do because it can feel like you are minimizing or devaluing what happened,” Beri says.

It’s more reasonable to validate our experiences first before we reframe them as positives – a process that takes a long time and is often facilitated through therapy, Beri says. But that doesn’t mean it’s not worth the effort, especially if the end result is insight.

As Nantais says: “Insight tells us, I understand myself and by understanding myself I make better decisions by reacting to what’s really in front of me now and not just ghosts from the past.”

Which can only help us become better parents, too.