How Citizens Can Help Immigrants Who Fear Deportation

Changes in immigration policies put undocumented parents on ICE's chopping block. Here's what citizens can do to help their immigrant neighbors. 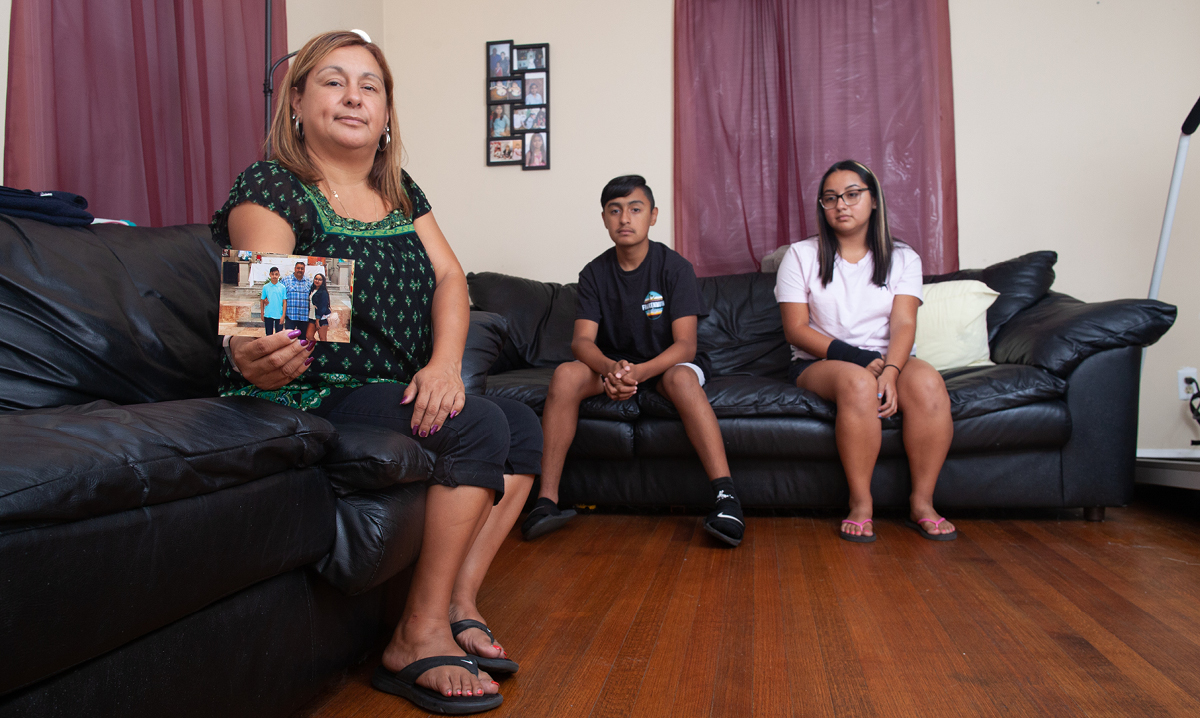 What would you do if the government could rip you away from your home and your family? To citizens, it’s unfathomable but to immigrants who are living in the United States, it’s a very real fear that they live with every day.

And since Donald Trump took office, the U.S. Immigration and Customs Enforcement (ICE) switched its focus from undocumented immigrants who are also criminals to everyone living here without documentation – including parents, grandparents and children.

So what can you do?

For people who are at risk of deportation, Adonis Flores of Michigan United suggests seeking legitimate legal council through a non-profit organization as soon as possible.

For the rest of us – the U.S. citizens that want to help our fellow humans – he has these tips:

The first step is to learn about the country’s immigration laws and what rights immigrants have. Once you know the law, you can take part in what Flores calls prevention.

In the prevention stage, advocates go to areas that have a higher population of immigrants and speak in schools, churches and even the homes of undocumented immigrants about their rights and what to do if they are stopped by police or ICE.

They also help undocumented immigrants create a legal plan in the event that they do enter into deportation proceedings.

“(We’re) making sure the kids have valid passports so they can take the child with them if they have to go back or that there is a person that they trust who is a citizen or legal permanent resident that can be a power of attorney for the child,” he says.

In the event that a person in your community is arrested by ICE, Flores says that support it key to the success of their case,

“Someone needs to go to court with them so the court can see that they have support,” he explains. “We need people in the community to make phone calls to the court or to ICE telling them to use their discretion because they have top-down orders not to use the discretion.”

And if you can’t find the time to do that, monetary donations can be just as beneficial.

“The people most impacted are low income immigrant families that can’t hire an attorney,” Flores adds. “Immigration law is civil law so they aren’t guaranteed an attorney. If you can’t afford one you don’t get one.”

Of course, if you aren’t aware of anyone being deported in your area, you can still help foster change in the immigration system. You can start at home with your own kids.

“For families ready to talk about deportation, it’s very important for them to begin the conversations around families in the community,” Flores says. “Sit down and explain why it’s happening and tell them that this is wrong – that our country can be better than this.”

Also, encourage your child to be kind to kids whose parents are facing the prospect of deportation.

“Obviously, a friend is not a father but a friend can help a lot,” he adds.

You can also reach out to your local government and tell them that you want the laws changed to work with undocumented immigrants rather than against them.

“We need advocates to change the law to reunite families and to prevent other families from being put in this situation,” Flores explains. “Immigrants are like every American family. They’re just trying to have a good, peaceful life and improve their communities here in Michigan and their home countries at the same time.”

For more information on how you can help, contact Michigan United or the ACLU of Michigan.