How Families Can Invest in Happiness vs. Stuff

Experiences matter more than material things. Here's why and how moms and dads can bank more moments that are rich rewards for you and your kids. 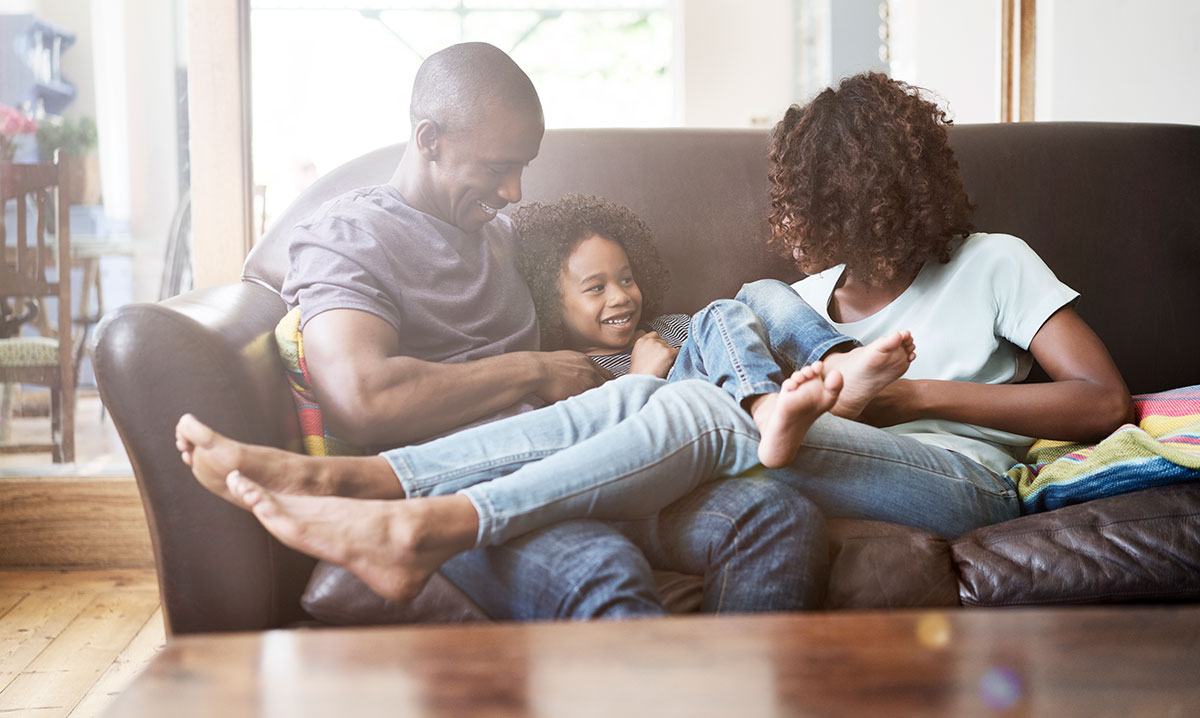 Even though the holidays are over, Meg Buckley’s kids are just beginning to appreciate and enjoy their Christmas gifts.

Buckley, an Oxford mom of two boys, decided to look into activities as gifts for her boys this year instead of a lot of boxed gifts. So her oldest, who’d been begging to switch to full-day preschool, will get his wish, while both boys will start swimming lessons this month.

The idea of treasuring experiences over gifts is a lesson Buckley is trying to teach her kids.

“Two years ago around Christmas Eve, I lost my grandpa,” says Buckley. “It was the hardest Christmas ever, because my grandparents are like my second set of parents.” Since then, Buckley says that experiences and time are the gifts she tries to give her kids.

“I still remember when I was about 12 or 14, my dad took me to see a show at Meadow Brook. That was my favorite Christmas gift ever, because it was the first time I’d ever seen a play – and I didn’t get a lot of time with my dad, especially just the two of us.”

Yet Buckley isn’t just thinking about how to give her kids more memorable family experiences over the holidays. She’s looking for ways to give her kids the gift of time throughout the year.

The idea is to organize some sort of family outing once a month, explains Buckley – who notes that with her husband’s work hours, if they don’t plan something, they often end up doing errands or “10,000 other things” during their time together.

So, if somewhere on your New Year’s resolution list you’ve included “spend more time as a family” or “help my kids think less about stuff,” consider these ideas on why happiness doesn’t come from dollar signs.

In 2010, two Princeton University professors – Daniel Kahneman, the 2002 winner of the Nobel Prize in economics, and Angus Deaton – made a splash with the publishing of their study about the connection between annual income and happiness. It looked at responses to questions on personal well-being and income among 450,000 U.S. residents.

Their findings made for pithy headlines – like “Money Can Buy Happiness” and “The Price of Happiness.” What they discovered was that people making less than $75,000 a year tended to be less happy, but that those making more than that didn’t necessarily have increased happiness.

Their explanation was that below $75,000, people worried about providing for their day-to-day needs; they stressed more and even reported feelings of anger.

Yet above $75,000, feelings of contentment didn’t raise dramatically. The happiness tipping point, from their research, seemed to be $75,000.

In interviews after the release of their study, Kahneman told Inc. Magazine, “We suspect that this means, in part, that when people have a lot more money, they can buy a lot more pleasures – but there are some indications that when you have a lot of money, you will savor each pleasure less.

“Perhaps $75,000 is a threshold beyond which further increases in income no longer improve individuals’ ability to do what matters most to their emotional well-being, such as spending time with people they like, avoiding pain and disease and enjoying leisure.”

While the study looked only at individual happiness and well-being, there may be messages for parents when it comes to giving gifts to their children.

“Gifts are short-lived,” says Wendy Grolnick, Ph.D., a professor of psychology at Clark University and the co-author of Pressured Parents, Stressed-Out Kids: Dealing With Competition While Raising a Successful Child. “It’s not that they’re bad, but it’s that experiences are going to be what your kids remember in the long run.”

Helping your kids recognize the value of experiences may be more successful if you make sure that they’re part of the planning.

“If you are going to plan some sort of special thing, you should have everybody put their two cents in about what it’s going to be,” Grolnick says. “You could have a family meeting about what would be a really cool thing to do. Ultimately, whatever you do is going to be more meaningful that way.”

While you’re discussing your plans, try to encourage your kids to think of novel activities. That doesn’t mean that you need to go out and spend a lot of money to plan a vacation to Europe, but rather, that you don’t always do the same type of family activity.

“A novel experience increases a person’s sense of connectedness,” says Scott Haltzman, M.D. and author of several books, including The Secrets of Happy Families: Eight Keys to Building a Lifetime of Connection and Contentment.

He gives the example of going to a new diner instead of your family’s old standby.

That newness of trying out something together helps your family bond and create a shared memory. (You’ll find more easy tips in the last section of this article.)

Haltzman does caution parents that as they participate with their kids, they need to still act as parents, not buddies: “As an adult, you walk the line between being the disciplinarian, saying ‘This is exactly what the day is going to be like,’ and acting like you’re just another kid.”

The balance is to participate with your kids, allowing for them to enjoy the activity, while still sticking with your families’ values and rules.

Another key to making memorable, meaningful activities is figuring out what fascinates your kids.

Is she an engineer wannabe? Maybe you need to plan a trip to Henry Ford Museum of American Innovation in Dearborn and scope out some autos.

Has he always wanted to play the guitar? Maybe it’s time for lessons, either with a teacher – or try learning together from videos online.

Keep in mind simple activities, too. “Play the longest Monopoly game ever. Go build a snowman outside,” says Grolnick. “Find something that you as a parent wouldn’t normally do.”

She notes that her neighbor’s kids are currently planning a birthday party for her dog. The idea actually didn’t surprise Grolnick when the kids asked her about it: Her own kids, now 18 and 22 at the time of interview, planned a similar get-together for a furry friend when they were little.

Today, one of her memorable family traditions is playing Dance Party on Xbox with her 18 year-old.

Both Grolnick and Haltzman agree that experiencing the activity is what matters for kids – no lengthy discussion needed either during or after about why doing something together is more important than getting a shiny new iPad Mini. “It’s funny, I remember as a kid going to museums with my parents, but I don’t remember really appreciating it. I look back now and I’m happy that I did.

“We may not be able to convince our children that (experiences) are valuable and meaningful. That’s OK,” Haltzman continues. “We shouldn’t beat ourselves up about it. It’s enough to know that sometime in their lives, they’ll look back and appreciate those experiences and recognize that’s what they want to do for their kids, too.”

Family activities don’t need to be pricey – or even lengthy – to be memorable for your kids.

“There is a cultural bias that says ‘the best things in life cost money,'” says Haltzman. “We get that because people aren’t advertising free things on the TV. We get a message through the media that we’re not going to be happy unless we’re spending money on things.

“If we’re not happy, then we need to find something else to buy. That’s the wrong message. There is a lot of treasure in day-to-day things that don’t cost money.”

In closing, he offers a few basic ways to start creating those memories: