How Moms Can Be Happier and More Playful in Parenting

A study declares dads are happier. But it also hints at how moms can be happier and more playful in this parenting gig. Try these five tips to start. 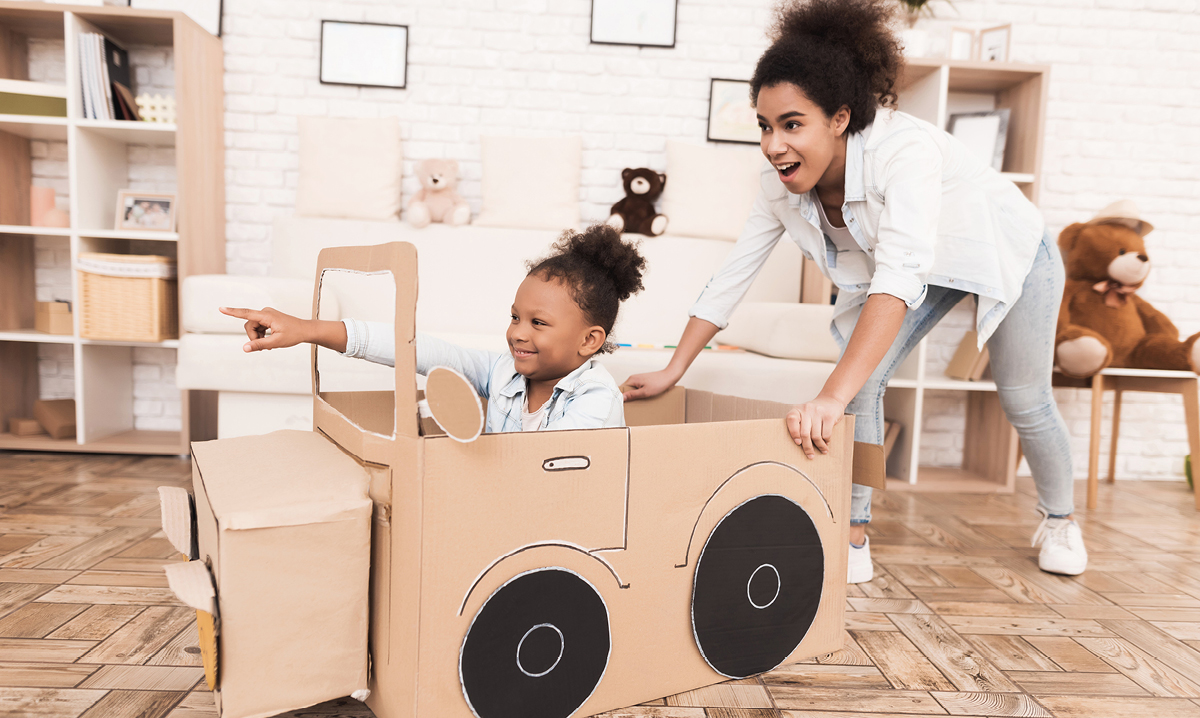 My mind raced through a mental list of reasons dads might be tipping the happy-parent scales. I think 8 out of 10 revolved around household chores – although I counted laundry a couple times, since I really, really hate it.

A news release from University of California, Riverside, which conducted the 2019 study, had this to say:

“One possible explanation for this finding is that, relative to mothers, fathers were more likely to indicate that they were playing with their children while they were caring for them or interacting with them.”

But dig a little deeper into the findings of the study – which looked at 18,000 people – and the results are more nuanced than simply the dads-report-a-greater-well-being-from-parenthood message.

And those nuances may just give moms (myself included) some helpful insights when it comes to ways moms can be happier and more playful in parenting, too.

Study author Katherine Nelson-Coffey, Ph.D., is quick to point out that “(the study’s) findings don’t distinguish whether dads enjoy playing with their children more than moms do, but we do find that they report more happiness during their interactions with their children than mothers” (emphasis mine).

In other words, dads are living in the moment – and relishing those times with kids.

Quick tip for moms: Find the fun in everyday parenting.

Nelson-Coffey suggests, “I like to think of ways that I can make it more joyful for everyone. For example, I might sing a song or play peekaboo while I’m changing my son’s diaper, because I know it’s going to put a smile on his face.”

For me, I’ll put on a favorite playlist while taking kids on errands. That’s how my 15-year-old discovered I could belt out pretty much every ’90s ballad she could find on Spotify. We laughed all the way to and from track practice, grocery shopping, the mall…

It’s not easy, but moms may not be enjoying their time with their kids as much because they’re worried about everything else they have to do (I know I fall into this camp).

When possible, try to let go of the to-do list – or find a way to put it on hold so you can focus on your kids.

Quick tip for moms: Pull the plug on tech now and then.

Put your smartphone on do not disturb and/or give it a rest during the day. Sometimes the constant emails – even if they don’t matter – can trigger the list of all the things you feel like you should be doing.

Kids go through phases. Some are much tougher than others, and no amount of playlists, playtime or playdates is going to make it easier. And that’s OK.

“So parents might find themselves in difficult ‘seasons,’ but it might be helpful to remember that that seasons will not last forever,” says Nelson-Coffey. I recall breezing through the so-called “terrible twos” only to find the it was the threes where the tough times really started.

“Most of the parents in our studies had younger children – a time that may carry more burden for mothers and therefore be related to low well-being levels,” she adds. “However, it’s also possible that mothers experience closer relationships with their children into adulthood, at which point moms could actually experience great well-being.”

At various times in my kids’ growing-up years, I’ve shared a journal with them. I just write something simple to them and put it under their pillow. Then they respond back and put it under mine.

I’ve found sometimes it’s easier for them to write or draw pictures to express what’s on their mind.

There’s no secret to getting household chores more easily divided. And, Nelson-Coffey explains, “Other research has found that mothers bear more responsibility for the managerial tasks of childrearing – they organize schedules, plan and cook meals, and generally keep the family running.”

She encourages parents to look for ways to more evenly distribute parenting responsibilities.

Maybe it’s worth finding a reasonably priced housecleaner to come once a month to do the yucky list, like cleaning the gunk out from the stovetop burners.

Another idea – take turns with the least-desirable parent duties – the other parent may have no idea how much of a drag it is for you to do certain tasks (that’s how I discovered my hubby is a master at cleaning sinks).

Happiness can get skewed, especially in a Facebook/Instagram world.

Nelson-Coffey says, “I think that perhaps part of the challenge is that cultural conceptions or motherhood place some high standards and expectations for moms’ happiness levels. If I’m told that having children is supposed to be the best experience of my life, then I’m much more likely to be disappointed.

“And I think that message is much more commonly communicated to mothers than it is to fathers.”

Use that time to do something you genuinely enjoy with your kids, whether that’s going on a walk to the park or sharing a pizza together.

What would you add to our list of ways moms can be happier and more playful?