How to Foster Independence in Kids

It's tempting for parents to jump in and 'do' or 'fix.' But that won't help kids build confidence or self-reliance. Here are six tips to help your kids fly solo. Baby steps! 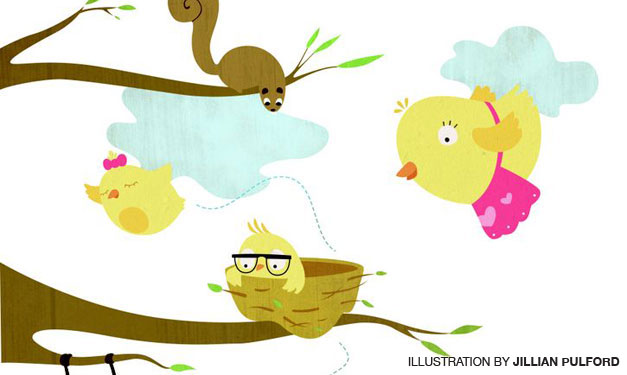 Since noticing her son’s interest in all things culinary, Sarah Chisholm has tried to nurture his skills. She’s guided Callum, now 10, through reading recipes and supervised him putting pans into the oven.

But getting her three kids to pitch in at the kitchen wasn’t always effortless, the Troy mom explains. Through trial-and-error, she’s learned what works.

“I give each one of them their own job. Then I let them take turns doing their job in the kitchen. That way I can watch them – and also, there’s no bickering. I can say, ‘You’ve had your turn, now it’s Anna’s turn.'”

Still, Chisholm’s efforts have paid off. She notices her kids feel more self-confident when they have responsibilities. In addition, she enjoys teaching her kids skills that they can use for the rest of their lives.

As parents, it can be difficult to hold back from helping your child do everything just right and instead let him experiment and get something done in his own way. Yet if you try to “fix” everything, he won’t ever learn how to do it on his own. If you’re looking to instill more independence in your kids – without losing your sanity in the process – here are a few tips.

1. Develop routines with your children

At bedtime, Chisholm’s children, now 8, 10 and 12, know they need to brush their teeth and lay out their clothes and backpacks for school the next day. Chisholm admits that this preparation goes beyond helping her kids feel responsible. “Mornings are difficult,” she says, especially with the mad dash to school. So her children get up and dressed on their own while Chisholm prepares breakfast.

Morning and night are obvious times to come up with predictable routines. Have your children involved in the planning. Sit them down and ask, “What can we do to make our mornings go more smoothly?” Chances are your children will come up with the same ideas you might have – and since they came up with the idea (not mom or dad), they’ll be more likely to follow it. Your children may even pose some ideas you wouldn’t have considered – like passing on toast and instead having a granola bar for breakfast. Or maybe your son wants to make his own lunch instead of buying from school or having you make the PB&J.

Beyond the morning and bedtime, look for other times that you can come up with a flexible schedule. Perhaps when your kids get home from school, they can be in charge of getting their own snack, instead of relying on a parent or caregiver.

Independence often goes hand-in-hand with self-confidence. When your child feels like she has the ability to accomplish something small – like making her own bed – she’ll then feel more able to do more difficult tasks, like washing dishes or figuring out fractions.

Help along her sense of self by teaching her to set goals. These goals don’t have to be large tasks, or even for lengthy time periods. And the reward for her efforts should be her own sense of accomplishment, not necessarily a tangible toy or treat.

Household tasks are a good place to start with goal-setting. Identify with your child specific jobs that she can do around the house or in her own room. Ask her to develop a chart to mark off each day or week that she gets her job done.

And remember, goals don’t have to be related to chores. Ask about your child’s interests. Maybe she’s studying astronomy at school and she loves learning about constellations. She could set a goal to learn three new constellations’ names and locations each week. During the month, make sure to express interest in her goal. Go outside with her to stargaze – but also let her go out on her own sometimes, too.

“Letting kids make mistakes and being there to boost their spirits, so they keep trying is important,” says Sue Adair, director of education and quality assurance for The Goddard School for Early Childhood Development, which has four area schools in Michigan. “If a child wants to learn how to make a sandwich, show him or her how; then set up the ingredients and let him or her give it a try.”

Adair admits that you’re likely in for a bit of a mess, but your child can help clean up, however imperfectly, after he’s done crafting his sandwich. Instead of pointing out every dropped crumb or sticky knife-handle, Adair suggests parents “avoid any criticism that could discourage him or her from trying again. If you step in to assist, the child may be discouraged and never try it again.”

So go ahead and let your child tie imperfect shoelaces or have lumps in her bed; she needs practice before she’ll master certain skills. Learning to keep trying even when faced with failure will help her feel more confident.

Are you the first to volunteer to chaperone the school fieldtrip? After all, what if your daughter forgets her sack lunch? Or your son leaves his favorite ball cap on the bus? Chisholm advises parents sign up for one fieldtrip or a couple of classroom volunteer assignments each school year, but not to go to every activity.

These activities can serve as an opportunity for children to exert their independence while still being under adult supervision.

After the activity, ask your child about the event. You may notice that she enjoyed going on the fieldtrip not just because of the animals at the farm, but also because she felt responsible enough to take care of herself outside of school – and without mom or dad around.

Start simple with teaching your children day-to-day tasks. This will take some time initially as your children learn new skills, but the payoff will be less work for you later on. For example, have your child help you sort out clothes for the laundry.

After the clothes are dried, give your child a basket with his clothes folded inside. Once he’s comfortable and confident putting away his own clothes, let him handle the folding, too. Introducing your child gradually to new skills will help him to feel confident to handle more demanding tasks.

Chisholm recalls allowing her oldest daughter, Anna, to chop fruits and vegetables as part of dinner preparation. Anna went from learning how to peel vegetables to cutting those same veggies. “I stand next to her while she cuts and I remind her about kitchen safety each time,” says Chisholm.

Adair agrees. “Supervision is important to ensure that children are safe. But to help them really learn a new skill, it’s also important not to hover.”

Finding that balance can be tricky. That’s why taking simple steps toward acquiring a new skill is vital. Potentially dangerous – or messy tasks – like cutting, vacuuming or working with blenders require supervision.

But make sure that with other tasks, like making beds or fixing simple meals, you step back and let children show off their skills.

When your child is trying something new, you can nearly guarantee their success by praising their efforts. Adair points out that at Goddard schools, “teachers encourage persistence.”

This persistence requires effort on the part of the child and the teacher, explains Adair. Children can get easily frustrated, but by cheering on their efforts, children “learn that obstacles can be overcome.” She believes the same method can translate to parenting. Children need to learn patience as they learn to do something new, and parents need to be patient as they encourage their children.

In the end, your children will not only learn to do more on their own, but they’ll become more self-reliant – and hopefully even grateful that mom and dad had confidence in their abilities.