How to Get Kids to Tidy Up Their Toys

Stop the nagging. Here's how to get young kids to pick up their stuff after they are done playing. 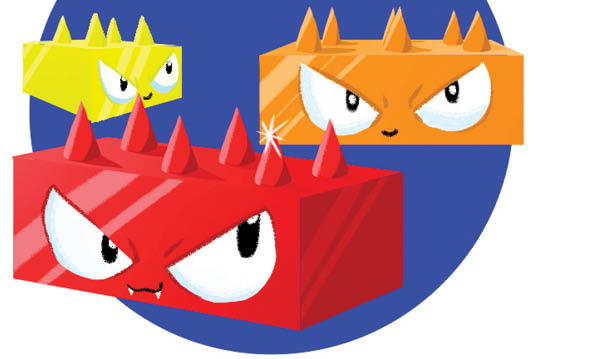 Every parent who’s ever stepped on a Lego wishes their kids would put their toys away. Not only does it create clutter; it can be downright hazardous to your health.

But what’s the trick? Throwing all the toys out? Naturally, that’s not reality.

Instead, Carrington Cunnington, a certified parent coach in Aurora, Illinois, offers advice on how to get tykes to clean up after themselves on their own.

When can they start?

As early as toddlerhood, Cunnington says. At this point, you may need to directly ask tykes to tidy up, but they can definitely begin learning these rules. Work as a team, showing kids where things belong. Tykes can learn to toss stuffed animals in a low-to-the-ground bin or basket, for example.

Avoid nagging early on. “Parents don’t usually want to ask more than once,” she says. You shouldn’t have to. Rather, tidying should become routine. And, by early elementary ages, kids should be expected to do so without being asked.

“Throughout childhood, they’re learning to be responsible,” Cunnington says. “They learn it’s important to take care of their stuff.”

She suggests families talk about the kinds of values kids need to take care of their toys, such as responsibility, and that parents set the example of tidiness for their children.

Parents may be tempted to give kids rewards for cleaning up their toys. Resist the urge, Cunnington says; otherwise, children end up expecting a reward every time they do something they’re supposed to.

This all helps create a child who understands the importance of responsibility.

While Cunnington advises against physical rewards, she says verbal praise is great.

“If they do something good, notice it,” she says. “They like to feel needed in the family.”

When your child picks up his toys unprompted, she suggests telling him how much it helps when he does this – and expressing your gratitude.

Offering praise makes kids feel important and appreciated. Kids love to help. Sometimes it can be counter-productive, but if they’re doing a good job, parents should let them know. Don’t let it go unnoticed.

This is where many moms and dads may threaten to throw out the toys because they’re not being taken care of, but Cunnington says that’s a little harsh.

“Kids have to learn how to care for something,” Cunnington points out.

She suggests that instead of tossing the toys in the garbage, children should pick out the items they regularly play with and, then, assemble a box of other toys to give to someone else or donate.

“If it’s too much for the child to handle, they can thin it out this way,” she says.

And, as a bonus, it gets kids excited to give to others.