Is Brilliance a Male Trait?

That's what girls as young as 6 are led to believe, a new study notes. How can parents break this gender stereotype? 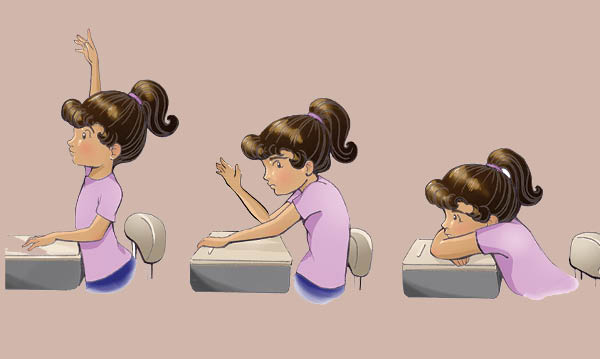 Marie Curie. Amelia Earhart. Ruth Bader Ginsburg. These are just a few of the strong female role models that should inspire young women. But it seems these powerful figures aren’t enough to combat gender stereotypes or a girl’s feelings about her smarts.

In fact, young girls doubt their own brilliance, thinking boys are superior in this category, a new study published in the journal Science finds.

“Their interests are guided by beliefs that we’re seeing as early as age 6,” says Andrei Cimpian, associate psychology professor at New York University and one of the study authors.

“By the age of 6, boys in our studies were more confident in their gender’s intelligence than girls were. Also, they were also more interested in pursuing activities for kids who are really, really smart than girls were,” Cimpian adds.

Those effects are long-term, says psychologist Judith Malinowski, supervisor at St. John Providence Health Eastwood Clinics in Novi. The impact of gender stereotypes is evident “in the choices (girls) make, in their overall self concept, confidence – all of those types of things.”

And it’s something Malinowski says has started earlier and earlier over the years.

Researchers think this brilliance perception could be one possible explanation for the lack of women in STEM fields. The National Science Foundation’s Science and Engineering Indicators 2016 finds women are still underrepresented in science and engineering, in particular. “In 2013, women constituted only 29 percent of workers in these occupations, although they accounted for half of the college-educated workforce overall,” the report finds.

“Brilliance” isn’t a word in an average 5- to 7-year-old child’s vocabulary, so Cimpian says the researchers took a different approach in order to get a child’s perception. First up, they asked 96 kids about being “really, really smart.”

“We told them a story about a person who’s ‘really, really smart’ – who figures things out very quickly – and we were careful to leave out the gender,” Cimpian says.

When asked about the gender of the “really, really smart” person in the story, at age 5, both boys and girls picked members of their own gender. However, researchers already saw differences by age 6. Boys, he says, were more likely to pick men than girls to pick women.

Again, at age 5, there was no difference between boys and girls, but by age 6, girls were less likely to participate in the game for kids who were “really, really smart” than boys.

“The more girls believed that boys were really, really smart, the less interested they were in playing the game,” Cimpian adds.

There is no clear-cut answer for why a girl’s perception of brilliance shifts so drastically with age.

“We don’t have data to speak to the sources of the stereotype. I think the answer ultimately is not going to be simple,” Cimpian says. However, kids are exposed to a cultural bent that brilliance is a male quality, experts say.

“Whether it’s in the media, whether it’s in family dynamics … kids are like sponges,” Malinowski says, and they won’t question these gender stereotypes.

“I think parents overall need to be just really aware of what messages their children are receiving, whether it’s seeing what TV shows they are watching or seeing what they are doing,” she says.

Examine your own biases, too, she adds. Your beliefs are going to rub off on your child. “Children want to be very loyal to their family of origin – they’re going to put themselves in alignment with that.”

Another potential solution, Cimpian says, is instilling a growth mindset in children. Make it more about growing their own skills.

And if your child says someone is smarter than she is, ask her why she thinks that, Malinowski suggests. Open up that conversation with your child. Seek to understand where she’s coming from and how she got to that conclusion.

And remember: Don’t pigeonhole a child, she adds. “I think parents just (need to be) really cognizant of exposing – whether you expose your son to the arts or exposing little girls to some of the hard sciences.”

Gender biases can begin to soften as we become more aware, Malinowski adds.

And who knows – your awareness of these biases just might give your daughter what she needs to become the next great female figure.