Is it OK for Kids to Gossip?

Yes, preschoolers gossip, too. But, it turns out there are actually benefits to a bit of gossiping. 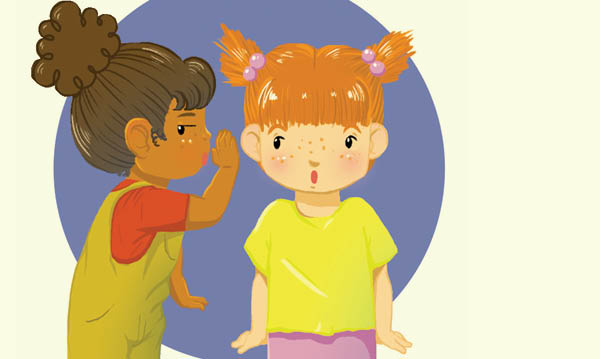 People of all ages gossip – and a new study shows this includes kids as young as 5. The kicker? It’s usually a good thing.

In the recent report, published in the British Journal of Developmental Psychology, researchers with puppets played a sharing game with 3- and 5-year-olds. If a puppet cheated and didn’t share like they were supposed to, the 5-year-olds were very likely to tell the next child to enter the room which puppet was the cheater. The 3-year-olds didn’t do this nearly as much.

Though it may not sound like the conventional gossip, it is actually a type called “pro-social.” In this case, tykes are sharing info to try to help their peers.

Gossip definitely isn’t always bad, and often, it can be useful for young kids, agrees Julie Pandrak, director of education at The Goddard School in Oxford.

“It is a way for children to protect their friends in a positive way,” says Pandrak. “It’s more like a warning.”

Pandrak says she tries to discourage anything that would hurt feelings, both at the school and with her own children, who are 8 and 4.

At this age, she adds, kids typically “gossip” to help other kids make the right choices, instead of making a mistake another child had made.

When children get older, though, gossip can take on a negative tone – and have different intentions. “Malicious gossip is not a positive thing,” says Pandrak. “Teenagers usually do it and hurt people because of it.”

That said, even kids as young as 4 or 5 can make assumptions when they gossip and hurt feelings, and Pandrak’s priority is to ensure this doesn’t happen. Her school also teaches the difference between what to tattle and what to report.

“It is a ‘tattle’ if someone is looking at you or sitting by you and you want space” and complain, she explains. “It is ‘reporting’ if someone is hurt, not following the rules or needs help” and kids relay that to a teacher or trusted adult.

At The Goddard School, preschoolers can vent their tattles to the “Tattle Ear,” a prosthetic ear taped up on the wall.

Don’t gossip in front of your kids unless it’s positive and wouldn’t hurt someone’s feelings. It teaches kids what is OK to talk about. Explain “good gossip,” too – like Pandrak, who taught her daughters to not make assumptions and only report facts.

“We also talk about when a child reports/gossips that another child did something wrong, what should they have done differently? Or what would you do if that happened to you?” says Pandrak. “That opens the conversation up to how our words can really hurt people’s feelings.”

Talking and explaining why something is wrong is the best way to discourage it.