Is It OK That My Kids Aren’t Calling My Parents By Their Grandparent Names?

A local mom wrote in and says her husband won't let their kids use her parent's grandparent names. Other parents offer their advice on how to handle it. 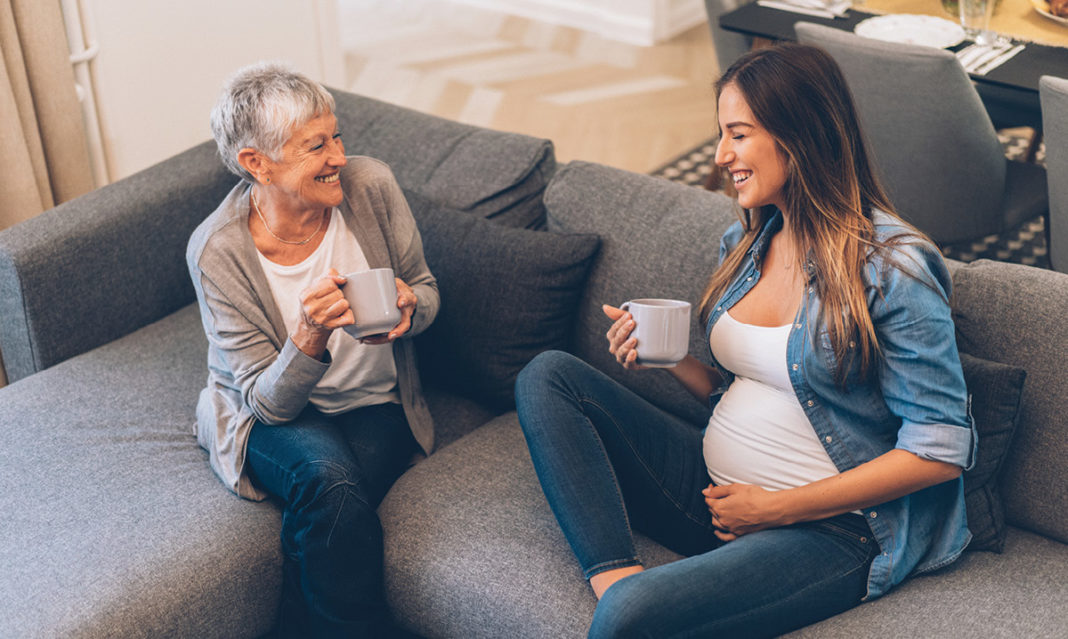 Each month, we pose a parenting question from local moms and dads to local moms and dads. This month, one local mom wrote in because her husband won’t let their kids call her parents by their much-loved grandparent names and she isn’t sure how to handle the situation. Here’s the advice other local parents gave.

I am 7 months pregnant with my first and the topic of grandparent names has come up. My parents are Mommom and Pops to my brother’s kids, but my husband does not want our child to call them those same names. He prefers Grandma “X” and Grandpa “X.” My dilemma is what do I tell my parents? They love their grandparent names! And it’s gotten to the point that the entire family has adopted those names for them as well. Isn’t it going to be weird to have cousins call them different names?

My parents didn’t get a choice. My daughter began calling them Momma and Poppa when she began speaking. Poppa stuck. When my second began calling my mom “Ho,” my mom thought it was so hilarious she went with it. Nine years later and she’s still a Ho. – Maria G.

I think the grandparents should choose. However, we’ve had some great names come from the kids making them up. “Mockett,” “Baboo.” – Danielle W.

Don’t sweat it. Your kids are going to call people what they want. And it might change over time anyway. Being adamant about it now isn’t worth the hurt feelings. – Nicole C.

Your husband is being a total weirdo. Your kid isn’t even out of the womb! Let the kid call her grandparents whatever she wants to call them (she probably will, anyway). – Jessica M.

I think the grandparents should have a say, but the fact is the child will probably personalize it on their own. My parents wanted Oma and Opa and my in-laws wanted Nana and Papa. My son, who is 4, now pretty routinely calls them Oms and Ops and Nan and Pop. – Korissa C.

Keep it the same. Only reason I would consider changing it is if BOTH sets of grandparents went by the same grandparent name. This is nothing that should be an issue. They are your parents and I imagine his parents can be called what they/he decides on without issue. – Jessica G.

My cousins and I called my grandparents different names. No big deal. – Chrissylou B.

Just let it happen, let it be up to your child. They may create their own names. – Nicki B.

I think Mommom and Pops are just more personal, I think it’s very cute. Grandma, Nana, Nanny, Glamma, Ninny, Gma, the roles can have many, many different names in my opinion. As long as your child lights up and when he or she hears the name you choose what does it really matter? As long as it not by the first name. – Samantha B.

When we became first-time grandparents, we wanted to be called Grams and Gramps. That didn’t happen. Our grandson ended up calling us Mema and Papa when he started to talk. You can’t always get what you want. – Ilene S.

You get to keep your family tradition and your husband can do whatever he wants to call his parents. Respect each family’s tradition. – Tina G.

The grandparents should get to choose what they want to be called. I had no idea my Mom had a definite opinion on what she wanted to be called until my kids were born. – Jenni E.

Yes, it would be weird. And in the end, it doesn’t really matter as long as there is love and respect. – Nancy W.

Hubs loses on this one. No vote at all. Usually the eldest grandkid sets the standard and everyone else is stuck with it. It’s just life! – Courtney H.

We call my in-laws Opa and Gigi, because my BIL’s family calls my MIL Yaya. Jaja, same pronunciation, is Polish slang for testicles, and I told my MIL that there is no way that the twins will call her that. She kept emphasizing that accent on the letters were different. I kept telling her that it still sounds like Jaja no matter how you dice it, and there was no way I would allow it. She chose Gigi. – Mary A.

Are you having a parenting dilemma? Email us at editor@metroparent.com and we could share it with our followers to get you some advice.