Is it OK to Let Kids Scream? 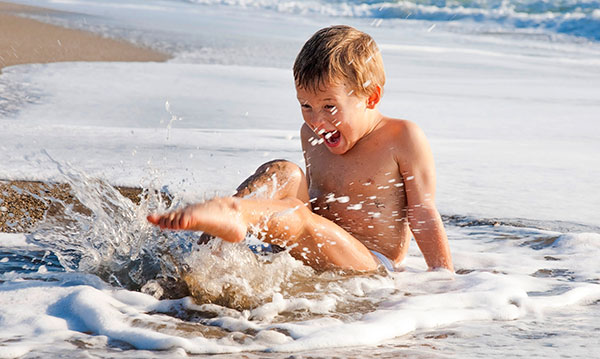 Screaming and crying is common among children but it’s often seen as a problem that should be stopped in its tracks. What if that wasn’t the case?

Until about the teenage years, kids don’t necessarily have the capacity to stop themselves from a crying or screaming fit when they’re upset, says Greg Oliver, a child and adolescent psychologist at Henry Ford Medical Center in Troy.

“Frustration is a form of energy so it does need to come out,” he says. “I would encourage them to scream and have that opportunity for venting.”

Screaming, after all, is a reasonable form of venting negative energy and frustration as long as it doesn’t involve cursing, Oliver says.

“Once they hit teenage years, they really should have the communication skills and the maturity to restrain themselves a little bit,” says Oliver, who also leads the Henry Ford Behavioral Health Services Love and Logic parenting classes. “Anyone under 13, it’s somewhat reasonable for them to be frustrated when they can’t resolve an issue.”

That’s because kids don’t always have the communication skills or problem solving skills to see a way out of their situation – even as minor as it may seem to the parents.

“As they get older they can think more sophisticated and more clever and solve those problems, but as a younger kid they may not take a few minutes to consider option B, what’s option C and they feel stuck,” he says.

The problem with a temporary fix

A common mistake is to appease a screaming child with a temporary fix to avoid making a scene in public, Oliver says. Remember that your long-term goal as a parent is your child’s emotional stability.

“The parents have to keep in mind that they’re working on a long-term basis here, parenting for a couple decades … If they think about other people’s feelings in public, they’re going to lose the opportunity to teach their kid a lifelong skill that they’re going to need,” he says. “What other people might judge or think is not as important as how their kid turns out after 18 years.”

So what should parents do when a screaming fit ensues? Let their child realize that they can work through it.

“There’s a certain process that the kids need to see themselves go through and work through that screaming and get to the other side of that issue. Parents want to appease it or muffle it or give the kids an escape or give into the kids,” Oliver says. “The kids really need to realize, feeling bad is not horrible, I can work through this, rather than how do I fix it and get out of it right away.”

Children will find that they can’t avoid bad feelings but they can get through them and end up with more self-confidence.

That’s not to say that parents should stand idly by, though. Mom or dad should be with the child and offer empathy. A parent might say, “I know this is hard for you,” or “I can see this is disappointing.”

“The parents kind of guide them through the screaming fit rather than expect it to end,” Oliver says. “They’re relating to what the kid is going through.”

You might also encourage your child to take slow, short breaths or try a coping method like counting to 10. Positive affirmations can also help, like telling your child you know they can handle this. Don’t discount their feelings by telling them “it’s no big deal,” Oliver recommends.

“If parents can successfully get through it that’s really healthier than getting the kid to suddenly shut it down in five minutes but there’s really no resolution,” he says.

And while parents are often tempted to offer lengthy explanations about what happened or why they shouldn’t be upset, Oliver says these are not usually helpful.

“In most cases that does not work because you’re trying to use logic and rationalization when they’re in an emotional state of mind,” he says.

Consider a rational discussion after the child has calmed down or the next morning. “After it’s over I think it’s important for parents to talk about it,” Oliver says. “In the moment you just have to guide them through it.”

However, parents should consider getting help if screaming fits seem unusually intense or dramatic and happen on a frequent basis, Oliver says.

“It may not be a venting episode but an emotional disorder that the kids need some coping help for,” he says.